The annual Midem conference in Cannes is a meeting of the minds among the music business' leaders. The perils and prospects of streaming are topping discussions, and one industry veteran is betting on big data. 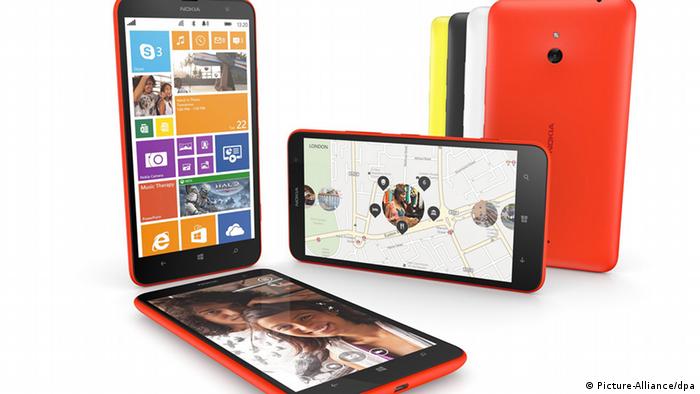 It was around two years ago that a completely unknown German musician named Marius Lauber, who uses the moniker Roosevelt, put a demo track titled "Sea" online. By 2013, the indie-electronic performer had landed coveted gigs at clubs such as Berghain in Berlin and Le Bain in New York, while music critics at the Guardian and Pitchfork hailed him as an act to watch.

"I uploaded the song to YouTube at some point - without looking for a label. [Record label] Greco-Roman discovered it there, and we met up. After a year, everything had fallen into place," he told web radio station bln.fm just after his first track's official release in late 2012.

Roosevelt's success story is now commonplace, reflecting one way in which streaming sites such as YouTube, Soundcloud, Spotify or the recently launched Beats Music are reshaping how artists are discovered and listened to.

That transformation represents a headache for many in the music industry, who give streaming sites part of the blame for a loss of what estimates hold to be nearly half of the volume of music sales over the last 15 years. 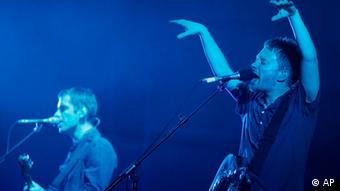 Despite the hype in streaming services, Radiohead has been hurt by them

Others, like Lyor Cohen, want to seize the change as an opportunity. The former Def Jam and Warner Music Group head introduced his new music venture called 300 on Sunday (02.02.2014) at the Midem music conference, stressing, "I certainly believe in streaming as being the future of very healthy business."

By culling and analyzing music-related data that is generated online, Cohen intends to sidestep the massive machinery of the major labels. That would be in keeping with the name "300," a reference to a battle in Greek history in which 300 Spartans successfully fought against thousands of Persian soldiers.

Speaking in Cannes, the industry veteran announced a partnership with Twitter that will allow his company to mine troves of Twitter's music-related data, including information like location tags that are not publicly available. In exchange, 300 will use its findings to assist Twitter in developing software that could be of interest to others working in music.

Cohen's intent is to use such data to pinpoint up-and-comers like Roosevelt long before they would land on a traditional talent scout's radar.

YouTube is often the first port of call for listeners upon hearing about a new artist. But the frustrations in the industry toward YouTube have been evident in Cannes. Streaming service Deezer's CEO Axel Dauchez described the site's lack of payoff for many artists as making it "the most important legal pirate." 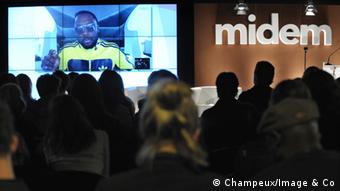 Black Eyed Peas frontman will.i.am has also criticized YouTube for what he calls lifting the artist out of the pay stream. Other streaming services have recently met the wrath of artists such as Thom Yorke of Radiohead, David Byrne of the Talking Heads and Beck, who say they simply don't pay out enough to make artists' efforts worthwhile.

US sales data from 2013 show the impact of streaming sites. Nielsen SoundScan reports that 2013 was the first year in which digital track downloads fell in the US market - the world's largest. CD sales also fell by a hefty 14 percent. Meanwhile, the number of songs streamed grew 32 percent to just under 120 billion.

Exact data on 2013 sales is still out for Germany, which is among the top five largest music markets. Preliminary figures show sales of physical music articles dropping two percent against a 12-percent increase for revenues in the digital arena, which includes streaming. 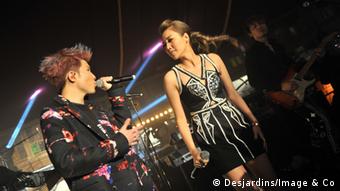 However, Marc Geiger, head of global music at William Morris Endeavor (WME), believes those figures are hardly grounds for pessimism.

Speaking at Midem, he urged fellow industry members to recognize that file downloads "are over" and that streaming is the "next stage of the system" - a system he estimates will vastly exceed the music industry's profits during their peak of around $40 billion in the late 90s. In 15 years, he told Midem attendees, he thinks revenues from streams could top $100 billion.

Geiger bases that estimate on several premises: that subscription-based fees start low but inevitably rise over time, that monthly fees for data are the new normal and that music streaming services will likely be bundled into the price of other packages in the future. A package on offer between American telecommunications provider AT&T and Beats Music, the streaming service launched by Dr. Dre in January, may point the way forward when it comes to such bundling arrangements. 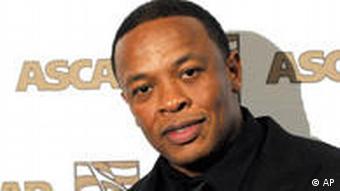 Rapper Dr. Dre is a music entrepreneur who might be showing the way ahead

Streaming raises another thorny issue, Deezer chief Axel Dauchez said - calling it the "jukebox" effect, meaning that users just play the tracks, albums and artists they already know. The problem with that, he added, is that new or adventuresome artists lack a path to fund the music they're creating.

"To build the streaming business as being sustainable for everybody, we absolutely - it's a common duty of all in the industry - need to transform the streaming service into discovery," he said.

But before users can discover new music on premium streaming sites, they'll have to fork over the subscription fees. Just how many are prepared to do that will be a key question for the industry in the next few years.

Spotify has revolutionized the way people listen to music, but hasn't yet quelled all its critics. DW visits the streaming service's headquarters in Stockholm for a rare glimpse behind the digital curtain. (29.01.2014)

Tschmuck: "More music than ever before."

The music business has been turned on its head in the internet age, and the changes are far from over. Professor Peter Tschmuck identifies trends, winners and losers. (20.12.2013)