Highway to Everest: infrastructure at the expense of nature? | Asia | An in-depth look at news from across the continent | DW | 13.08.2014

Highway to Everest: infrastructure at the expense of nature?

The Nepalese government plans to build the first road leading to the Everest region. While this would boost the tourism industry, experts are concerned that the country’s natural heritage could suffer. 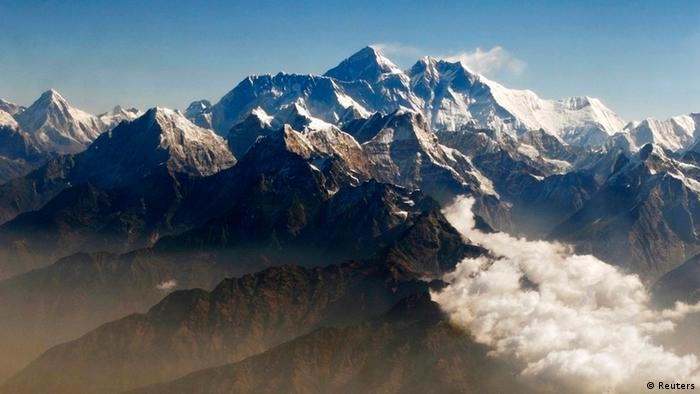 The world's highest mountain dominates the skyline of the South Asian nation, its snow capped peaks drawing tens of thousands of tourists to the region each year. But as the number of climbers increases, so does the amount of litter they leave behind on the once pristine mountain.

On August 12, the Nepalese government has announced plans to develop infrastructure in the area by building the first hard surface road into the region. In a country where around a quarter of the population lives in poverty, this development could provide a vital boost to the tourism industry and the economy. But the question is whether Nepal can risk the environmental damage that more tourists could cause to its main attraction.

The 100 kilometer road will link Jiri, a town which serves as the trailhead for many Everest trekking routes, with Surkhe village, a couple of hours walk from the Tenzig-Hillary Airport in Lukla. Most mountain trekkers currently cut out the first section of the trail by taking a short flight from Kathmandu to Lukla, a journey which would take around a week on foot. Apart from the trekking path, there are no roads connecting this region to the rest of the country; like tourists, supplies are generally flown in. 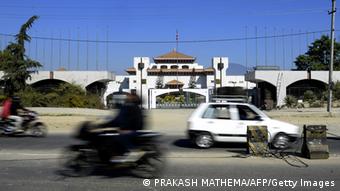 Until now, unpredictable weather conditions disrupting flights to Lukla airport have functioned as a regulator in the number of people accessing the Everest region. The Nepalese government is hoping that the new highway will provide a reliable lifeline for this isolated area. "The road is expected to facilitate tourism and transportation of cargo," Purna Chandra Bhattarai, the joint secretary of the Ministry of Culture, Tourism and Civil Aviation, told the Kathmandu Post, according to news agency DPA. The government has earmarked funds for the project, and construction is set to begin this fiscal year.

The road will have a hugely positive effect on the local population, says George Varughese, The Asia Foundation's country representative in Nepal. "In addition to the direct impact on the quality of life of the locals because of improved access, land prices along the roadway will go up, enabling owners to leverage asset value for starting economic enterprises," Varughese told DW.

The boost to local incomes due to the increase in domestic and international tourism could also improve equality in Nepal: "Social, economic and political marginalization will be reduced," he added. According to Rajendra Khanal, Programme Coordinator for the International Union for Conservation of Nature in Kathmandu (IUCN), the highway could also reduce the number of men migrating from the area to larger cities or the Gulf States by creating local employment opportunities.

However, global tourism in remote areas such as mountain villages in Nepal can also have damaging consequences. Pablo Figueroa, a cultural anthropologist and assistant professor at Tokyo's Waseda University, has trekked extensively in Nepal and is concerned about the harm the new highway could cause if the developments to the tourist industry are not properly managed.

"Sometimes villagers fail to see how a sudden increase in tourism would affect the environment and the social ties that keep communities together," Figueroa told DW. "Going from an agricultural to a market economy can be devastating in many respects." In the past, this has led to social fragmentation and a deterioration of the environment. 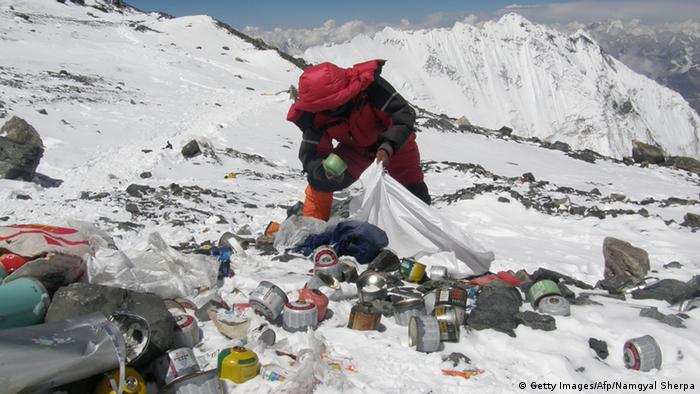 In 2010, a team of Sherpas collected 1,800 kilograms of rubbish in a clean-up expedition

With up to 35,000 tourists visiting the Everest region every year, there have been growing concerns that the hoards of trekkers are increasingly taking their toll on the landscape. Earlier this year, in an attempt to reduce the amount of rubbish littering many of the trails, the Nepalese government's Pollution Control Committee introduced new rules obliging visitors to carry their waste with them.

But some experts are worried that the planned Jiri - Surkhe highway, set to boost the number of trekking expeditions, could exacerbate the problem. "If not managed or if mismanaged, there could be considerable environmental damage from plastic rubbish and debris," said Nepal expert Varughese, adding that unregulated construction could also lead to the abuse of water and land. An increase in population could also lead to a breakdown in sanitation and hygiene levels, Varughese told DW. 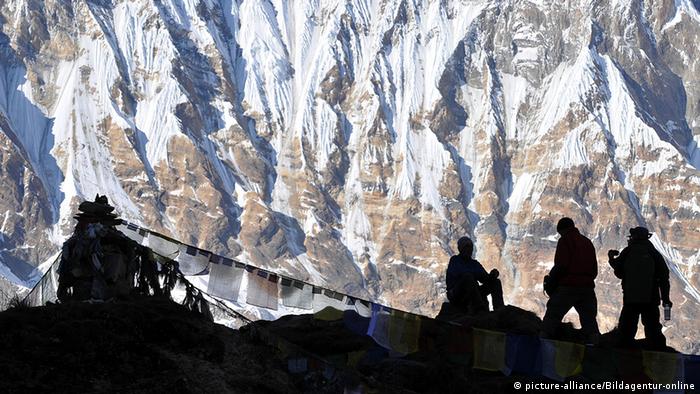 A road to progress

Experts agree, however, that the planned development to the country's infrastructure and tourism industry is not necessarily at odds with environmental protection. "There are places in Nepal that have developed and profited from sustainable tourism practices, such as village homestays, nature tourism, and wildlife tours," says Varughese.

These eco-tourism projects have demonstrated that infrastructure can be developed to support the tourism industry in a sustrainable way by integrating local practices, communities and resources. For rural Nepalis, community-based tourism provides a broad-based livelihood option, which integrates well with an agro-based economy, Varughese added.

With a population of around thirty million, the country's striking scenery is offset by poverty and inequality. For many, the planned highway could bring a much needed improvement to the livelihoods of those currently living in isolated villages. "The tourism-based economy should be promoted in the mountains, hills, and rural areas," said Khanal.

2014 marks the centenary of the outbreak of World War I. DW takes a look at the contribution of the Gurkhas to the British war effort, fighting alongside Allied forces on European soil. (13.05.2014)

As global demand for medicinal remedies intensifies, Indian experts say many endemic species of wild medicinal plants from the Himalayas are being over-farmed. Some of the affected plants may never grow back they say. (06.05.2014)