Hieronymus Bosch, the return of a mysterious painter

Painter Hieronymus Bosch died 500 years ago in August, 1516. For an entire year, the painter’s home town 's-Hertogenbosch will be transformed into a stage for Bosch's surreal world spanning heaven and hell. 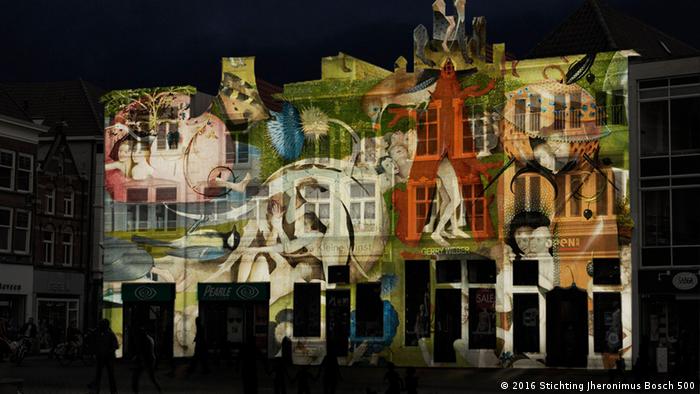 Flying fish draw pot-bellied boats across the Dieze River. A horned creature on the shore bares its teeth, itslong tail curled around its neck. The Dutch city of 's-Hertogenbosch is decked out for a very special occasion: a year of events to commemorate the death of its most famous son, Hieronymus Bosch. 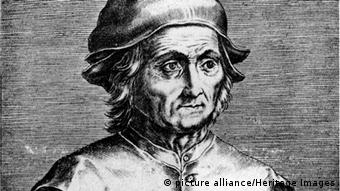 "It'll be a journey back in time," Justine de Jong of the 'bosch500' organization promises the city's guests – a journey through over 90 activities, 13 exhibitions, theater, dance, a 'heaven-and-hell' cruise on the Dieze River, evening music and light shows – even a requiem.

What's more, the fabulous creatures Bosch is so well known for will step out of the canvas and walk the medieval alleyways, squares and parks: monsters, mythical beings and angels will roam the duke's forest – as 's-Hertogenbosch means in translation.

A homecoming for Bosch's works

The Dutch master created all his works in 's-Hertogenbosch. Some 45 paintings have survived, now scattered among 18 collections in ten countries. But, strange as it may seem, none remain in the artist's own home town. "Now, many of them are coming home," says Charles de Mooij, director of the Noordbrabants Museum in 's-Hertogenbosch. The twenty-some paintings and 19 drawings will be ready for viewing on 13 February. "Jheronimus Bosch - Visions of a Genius" will be the largest exhibition of Bosch's works yet held.

Charles de Mooij is pleased and proud that his museum in the city of over 140,000 people has the honor of hosing this spectacular exhibition. In fact, it can be called a minor miracle. Why should the world's great museums and galleries send some of their most precious treasures off to the Dutch province of North Brabant? There's The Haywain Triptych from Madrid's Prado and The Ship of Fools from Paris's Louvre. "We had nothing to offer in return," says de Mooij. 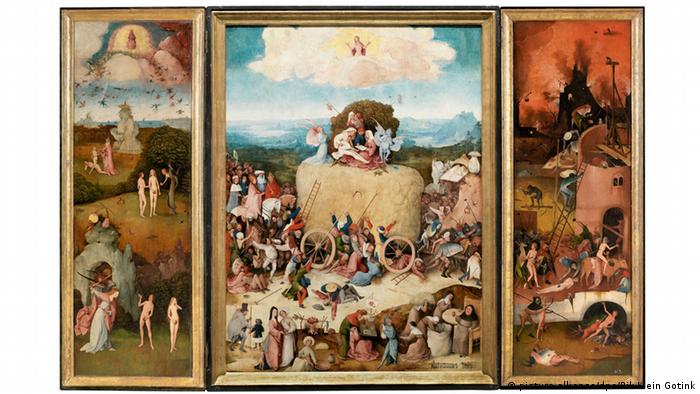 The Haywain Triptych was probably painted around 1450

But the Netherlands made an offer the museums couldn't refuse. Nine years ago, the most comprehensive-ever research and restoration project on the complete works of Hieronymus Bosch was launched. "We had the paintings and drawings examined with the latest technology," says de Mooij. Twelve works have been restored.

The researchers solved a few mysteries. The project's results are to be presented later in the month of February, but the greatest question of all remains: who was this painter living at the juncture of the Middle Ages and the Renaissance, whose phantasmagorical visions of heaven and hell still exert a magical attraction on millions of people? 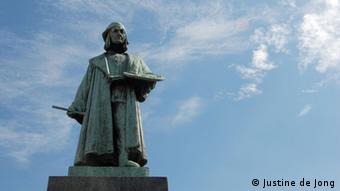 "Actually, we hardly know anything at all about him," says 63-year-old former headmaster Joop van Dijk. In his free time, he shows visitors around 's-Hertogenbosch. A large sculpture on the old market purports to depict the painter. "But did he really look like that?" Joop van Dijk laughs and shrugs his shoulders, "We don't know".

All that is relatively certain is that, on 9 August,1516, the bells of the Sint-Jans Cathedral tolled for the late master. "That cost 27 schellings," Joop van Dijk quotes the church records. But where his grave is, what he died of or even whether he had children – all this remains unknown. When Hieronymus van Aken – Bosch's real name – was born some time around 1450, 's-Hertogenbosch was a flourishing and wealthy metropolis, known for its fine fabrics and thriving arts and music. The van Akens were a respected family of painters residing on the old market place. "But on the poor side of the square," Joop van Dijk points out.

Hieronymus Bosch's marriage to the well-to-do Aleyt Goyaerts van den Meerveen in 1480 gained him admittance to higher society and, in 1488, to the prestigious Brotherhood of Our Lady. The Swan Brethren,as they were called, had their own chapel in the cathedral. Bosch is thought to have painted an altarpiece for it. The painter's renown spread far beyond the city's bounds all the way to the Spanish court. 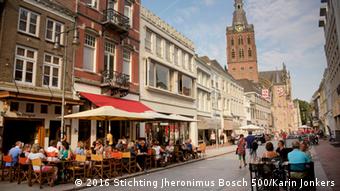 Many parts of 's-Hertogenbosch have remained much as they were during the master's lifetime: the old town's narrow streets, the old market and the cathedral. Even the Swan Brethren carry on. Their most illustrious member is the Netherlands' King Willem-Alexander.

"Bosch would still be able to find his way around," says the city guide Joop van Dijk. He points to the roof of the Sint-Jans Cathedral, where sits a demonic monster hewn in stone. "As if painted by Bosch himself." One figure would certainly have left the master bewildered: the "Angel with the Cell Phone" was placed on the roof during restoration work on the church in 2011.