Many novels deal with the decline of European civilization during the period between the world wars. But no other novel is as sweeping and yet profound as Doderer's Vienna-based epic. It also makes for a good laugh. 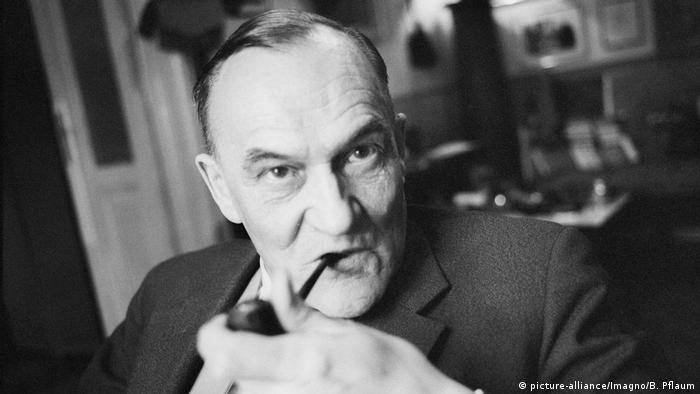 The acclaim was enormous after Heimito von Doderer's second great Vienna-based novel, The Demons, was published in 1956. The author was surprised to find critics compare his book to works by Dante, Tolstoy, Balzac and Dostoevsky.

One year later, with the second edition of his Demons, Doderer's portrait was emblazoned on the cover of news magazine Spiegel, and the accompanying title story spread across many pages. The author was considered a hot candidate for the Nobel Prize for Literature. He did not receive it.

Nevertheless, Die Studlhofstiege and The Demons are among the most significant novels of big-city life of the 20th century. Heimito von Doderer understood the modern novel as the real work of art of his time, epically broad and large-scale. They are works that are as monumental as a further development of Gothic cathedral architecture, wrote Viennese literary critic Klaus Nüchtern in his study of the author Doderer.

'The Demons' by Heimito von Doderer

Indeed, Heimito von Doderer planned his novel like a huge building. He designed it with the help of architectural drawings and other such plans, in which he meticulously recorded all references and details. Such a systematic way of working was perhaps also necessary: Over the scope of nearly 1,400 pages, he sketches a panorama of Vienna in the late 1920s. It is the depiction of a city with all its various streets and apartment buildings, coffee houses, wine taverns, palaces, gardens, libraries and newspaper editorial offices.

The Vienna in this novel is populated by hundreds of figures. The chronicler follows about 50 of them through their development. It is a rich selection of people across all social classes, figures of the upper middle classes and the nobility, intellectuals and workers, people from the demi-monde and underworld. There are prostitutes and salon ladies alongside bankers and rich heiresses. Policemen are searching for a murderer, young scientists are looking for their path in life, newspaper editors are on the look-out for a scandalous story.

The work conjures up a whole range of lives that the capital of the former Austro-Hungarian Empire had to offer around 1927, and the constant changes these people were facing. 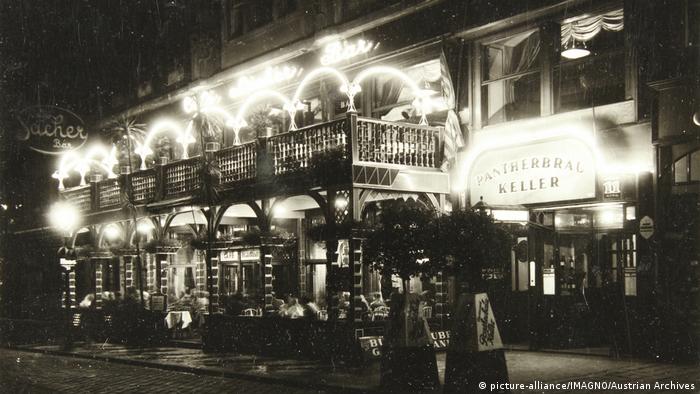 Chronicler's view: from the future in the past to the future

This epic does not have a single continuous storyline. Instead, it branches off into countless tangents. They are held together by a chronicler who looks back to 1927 from the author's presence in the 1950s. He himself was part of the events, while his in-group, called "Ours," would drink tea while jabbering on the whole day long, drifting through bars at night, admiring fat women, pursuing sado-masochistic or homoerotic proclivities.

Its German subtitle, "Nach der Chronik des Sektionsrates Geyrenhoff"  (According to the Chronicle of the Section Council Geyrenhoff) is a reference Dostoevsky's novel The Demons, published in 1873, which likewise has a chronicler who is usually abbreviated as G...ff.

In Doderer's monumental work, this reporter provides an illuminating perspective from around the corner: He looks back on the inner view from which his friends and he — the generation of the First World War — looked into the uncertain future.

"So the new thing had come out at last, and all that had happened before proved to be a mere heralding of it, clearing of the way, a premonition."

The book comes to a crashing conclusion with the workers' riots and the fire at Vienna’s Palace of Justice on July 15, 1927.

Contrasting this catastrophe, the problems of the "Ours" are resolved at the same time: They come together, marry, receive the inheritance they almost lost after all, reconcile, and the murderer dies in the dredges of Vienna’s sewage system. 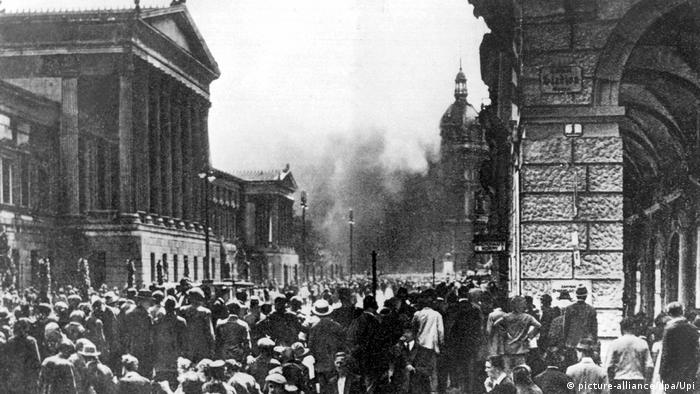 The fire at Vienna's Palace of Justice in 1927

Heimito von Doderer began working on the first part of his novel in 1930. At that time, he signed on to the Reich Chamber of Literature and joined the Nazi Party early on. But his flirtation with the Nazis did not last long before he sought refuge in Catholicism. The theme of the first part of the novel is the "tearing apart of Viennese society by totalitarian anti-Semitism," as the author himself described it in a 1940 journal entry.

It was not until after World War II that Doderer completed his magnificent panorama of that period. Before that, he had already published an expansive novel titled Die Strudlhofstiege, whose story ends in 1926. It is a precursor to The Demons, in which some of the figures of the previous work reappear.

All the conversations between the characters in the novel, all the chatter, the serious, witty, cheeky dialogues that span over pages, make the atmosphere of the Austrian and European society of the interwar period come alive again. Heimito von Doderer created a baroque, humorous, human comedy with a linguistic power that ranges from flippant to satirical to Latinesque.

Heimito von Doderer (1896-1966) grew up in Vienna as the son of an architect. He was an officer in World War I, was taken prisoner by the Russians and then began to write. In 1929, he began a novel project entitled Dicke Damen (Fat Ladies), which later turned into The Demons. In 1933, he joined the Austrian NSDAP, from which he distanced himself in 1936. He was drafted again in the Second World War.

His novel Die Strudlhofstiege, published in 1951, made him world famous at the age of 55. In 1957, the writer received the Grand Austrian State Prize for Literature. Other awards followed.