Hearing resumes against dead Russian lawyer | Europe | News and current affairs from around the continent | DW | 04.03.2013 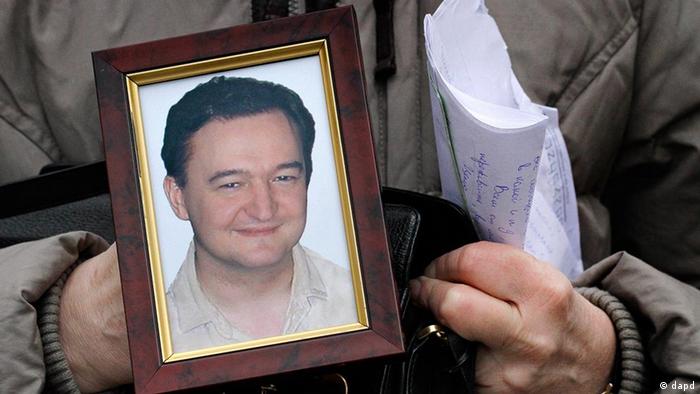 In principle, such a trial should not exist. "It's impossible," Russian premier Dmitri Medvedev said in an interview with CNN at the end of January this year. The Russian penal code, he added, does not allow for the prosecution of people after their death. According to an early 2012 decision by the Russian constitutional court, an exception is only possible in the event of posthumous rehabilitation.

Yet it does not appear to be a case of rehabilitation when on Monday (04.03.2013) a preliminary hearing in the case of Sergey Magnitsky continues. Critics claim that his case has been casting a dark shadow over the Russian judiciary system for years.

The deceased's mother has described the court proceedings as "cynical" and "illegal." Human rights group Amnesty International issued a statement voicing concern over "a dangerous precedent that could lead to a deterioration on the human rights situation in Russia."

Sergei Magnitsky was a lawyer and bookkeeper with the British investment fund Hermitage Capital. The company made billions and ranked among the largest financial syndicates in Russia. In 2007, state prosecutors suspected some of its subsidiaries of tax evasion - but they were never charged. 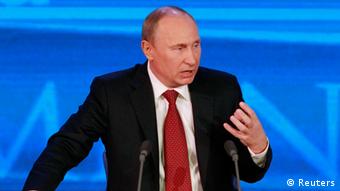 Putin insists that while Magnitsky's death was a tragedy, no one is to blame for it

Following that incident, Magnitsky started doing his own research. His claim: Public servants of the interior ministry and the prosecution abused earlier searches at his company to cheat the Russian government of approximately 170 million euros ( $236 million).

Turning the tables, the Russian prosecution accused Magnitsky and his then-boss, William Browder, of tax evasion to the tune of 12.6 million euros ($17.5 million).

Financial investor Browder left Russia, and now lives abroad. The company lawyer, Mangitsky, was arrested and died in November 2009 after spending almost one year in pre-trial detention. The 37-year-old's exact cause of the death remains unknown.

Browder is making strong accusations against the Russian government. He believes that Magnitsky got "tortured and killed after he had uncovered massive corruption schemes," the former head of Hermitage Capital said in an interview with the news agency AFP.

Human rights activists in Moscow say that Mangitski was held in circumstances similar to torture, and didn't receive proper medial treatment. According to the Russian media, he suffered from, among other things, diabetes. He is said to written more than 400 complaints about the condition of his arrest and detention.

Russia's president described the Magnitsky case as a tragedy. "Nobody tortured him, he died of cardiac arrest," Vladimir Putin told reporters at a press conference in December 2012. He continued that the circumstances should, however, be looked into.

But the deputy head of the prison in which Magnitsky was held was acquitted, while the former prison doctor didn't even get prosecuted due to the expired statute of limitations. The trial against Magnitski, which had been dropped after his death, got picked up again. 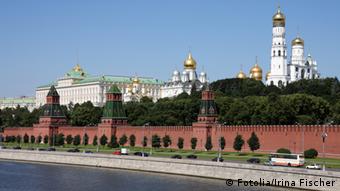 Abroad, the Magnitski case is causing ever more concern. At the end of 2012, the United States Congress passed what's known as the Magnitsky Act, introducing sanctions against some 60 Russian officials linked to the prosecution of Hermitage Capital and the death of Magnitsky. Despite passage of the act, there has never been a trial, while the names on the list were - according to media reports - provided by Hermitage Capital.

The bill lists influential names, such as the deputy Russian minister for the interior. These people are banned from travelling to the US, while any US bank accounts they possessed have been frozen. Moscow strongly criticized Washington for the bill, and retaliated with a law of its own from January 1, 2013, that banned adoptions of Russian orphans by US foster parents.

Also in the EU, the Magnitsky case is a contentious issue. It's something that had been discussed in the Russia-EU summit in December 2012 in Brussels - that's according to European Council President Hermann Van Rompuy, who did not, however, provide further details. Prior to this, the European Parliament had suggested a European Magnitsky list modeled on the US bill.

Yet the chances for this are slim, admitted Werner Schulz of the German Greens. Several countries, among them Germany, are against it, Schulz told DW. The European Commission didn't comment on the parliament's suggestion, while sources close to the commission say it would be difficult to impose sanctions without any evidence against the Russian officials.

A Moscow court has acquitted the only official charged with the death of whistleblower Sergei Magnitsky. Meanwhile, Russia's president has signed a bill banning Americans from adopting Russian children. (28.12.2012)