From Colombia to Libya, doctors and other health care professionals are confronted with violence that makes doing their jobs risky, if not impossible. A new Red Cross report says the situation is getting worse. 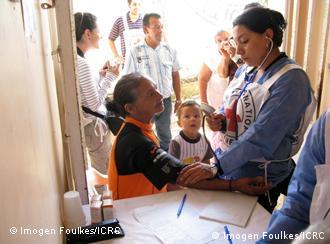 Attacks on health care workers are increasing in conflict zones around the world, according to a report published Wednesday by the International Committee of the Red Cross (ICRC).

The report, which surveyed 16 countries and took more than two years to research, warned that the very foundations of the Geneva Conventions - the right of those wounded in war to receive medical attention, and the right of those treating them to work unimpeded - are under threat.

The report cited several examples as evidence that attacks on health care workers are increasing, from the murder of medical students in Somalia, to the invasion of an Afghan hospital by militia groups, to the shelling of hospitals in Sri Lanka. All of these incidents took place in 2009.

One year later the picture was, if anything, even bleaker, with doctors in Libya attacked, and ambulances fired upon. In Bahrain, patients were reportedly snatched from their beds, and hospital staff intimidated.

The ICRC said the violence is driving thousands of medical professionals from their jobs, and putting millions of lives at risk.

"The most shocking revelation is that people die in large numbers - not because they are direct victims of a roadside bomb or a shooting, but because the ambulance does not get there in time, because health care workers are prevented from doing their work, or because hospitals themselves are targets of attacks," said Dr. Robin Coupland, who conducted the study.

The ICRC described the situation as one of the most serious, but also the most overlooked, humanitarian challenges of today. 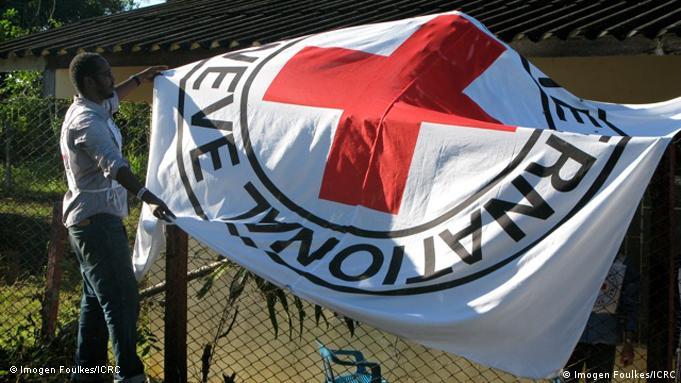 The report pointed to the health care situation in Colombia, where conflict between government forces and rebel groups is now in its fifth decade.

Attacks on and intimidation of medical professionals along Colombia's Caguan River, a region long fought over by all sides, has meant that local communities there have had no regular access to health care for years.

Four years ago, local doctor Alexander Reyes got a first-hand lesson in what can happen to medical teams that attempt to enter the region.

"When we arrived at Puerto Camelias, we saw the patients, but at the end of the day, a group appeared - all armed - and said we had no permission to be there," he said.

Reyes said they stopped his team from leaving and took their luggage, personal belongings, identity papers and medical equipment. He said he and his colleagues were worried that they might be held for a long time.

"We were scared, not of death actually, but that they would keep us, take us into the jungle," Reyes said. "I was afraid I would spend years without being able to see my family."

Like other Colombian health workers, Reyes has never been back down the 600-kilometer (373 mile) river, a region that is home to thousands of people. The medical professionals care about residents there, but they said they believe they are risking their lives by offering medical care in the area. 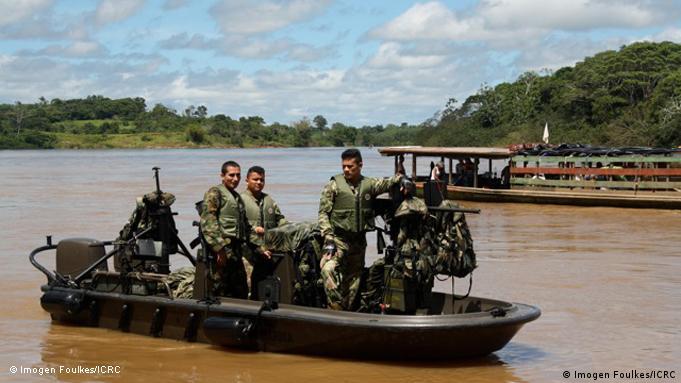 In the absence of any national health care workers, the ICRC has begun sending medical teams down the Caguan.

"We try to go once every four months with a team of two doctors, nurses and a dentist," ICRC delegate Abdi Ismail said. "But this is a conflict area, and our access is dependant on the approval of the armed groups here."

To get that approval, the ICRC has to negotiate with both the Colombian army and the FARC rebels. It is a long and painstaking process, and each trip risks being canceled if either side raises an objection.

When approval is finally granted, the long boat journey down the river begins - and the dereliction of the region becomes clear. Along the riverbank people are seen waiting and some, like 17-year-old Juan, cry out for help.

He sliced open his foot on an old oil can. The two huge cuts require 30 stitches, and he will be unable to walk for some time. But he was fortunate that the accident happened the same day the ICRC team was in his area. 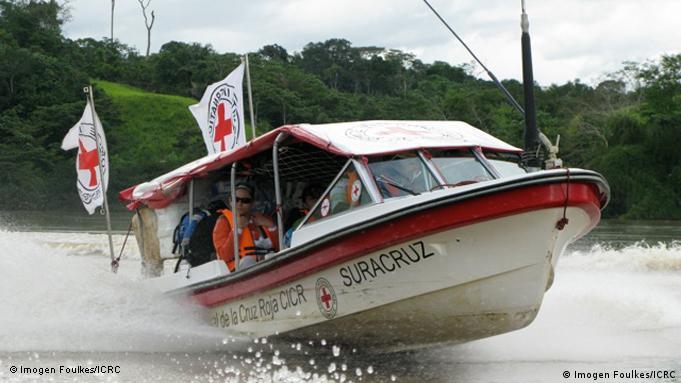 In villages along the Caguan, the ICRC team set up makeshift clinics in abandoned buildings - most with no running water or electricity. Hundreds of people stand in line. Some have walked for hours through the jungle for treatment.

Many are suffering from conditions that, with proper access to health care, should be easily treatable but can be life-threatening without proper medical attention.

A seven-month-old baby was brought in with pneumonia. Her parents said she had been unwell for 15 days. By the time the ICRC doctors see her, she is seriously ill.

"I really worry a lot about the people here," Dr. Francisco Ortiz said. "It's so difficult for them to see a doctor; they only see one when we come. And so many of them have conditions which are preventable, or which we could treat if we saw them in time."

Another example is Mercedes, a mother of four children. The last time the Red Cross team visited, she was given a routine test for cervical cancer. Now, months later, she is told it is positive.

The ICRC offers her money for the long boat trip up the river so can get the hospital treatment she urgently needs, but time is of the essence. 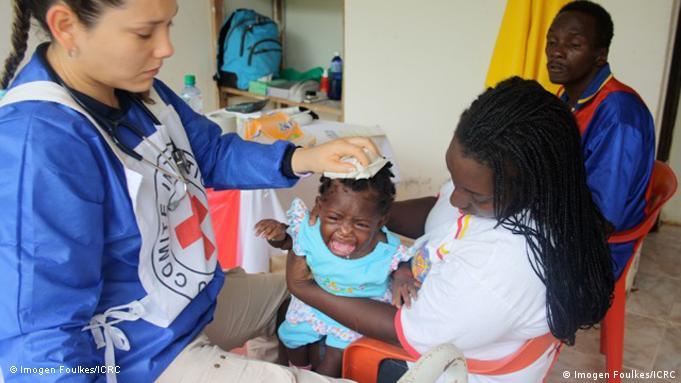 Ismail said people have told him they feel as if they have no right to get sick, because they have no access to health services - but they've tried to stay strong.

"People are still living here, and still smiling at you, and offering you a cup of tea when you visit them," Ismail said.

When the Red Cross boat leaves again, residents know they will be unable to see a doctor for many months. Until then, anyone who is ill will simply have to wait, and hope that all those fighting in the region will allow medical professionals to do their work.

The International Committee of the Red Cross says it has been forced to make "painful" decisions because of "unprecedented" humanitarian needs worldwide and economic slowdown among donors. (26.05.2011)

Enduring starvation and disease, flood survivors are beginning to resent the slow pace of foreign aid in Pakistan. In addition, Pakistanis face the danger of unexploded landmines, washed up by the waters. (02.09.2010)

The fourth Geneva Convention was agreed to 60 years ago, and primarily focused on the protection of civilians during war. But as the nature of armed conflict changes, experts believe the conventions need to be broadened. (12.08.2009)