The Sahel is reeling under escalating Islamist attacks. Is Africa's fight against the coronavirus eating up resources urgently needed to combat insurgency? 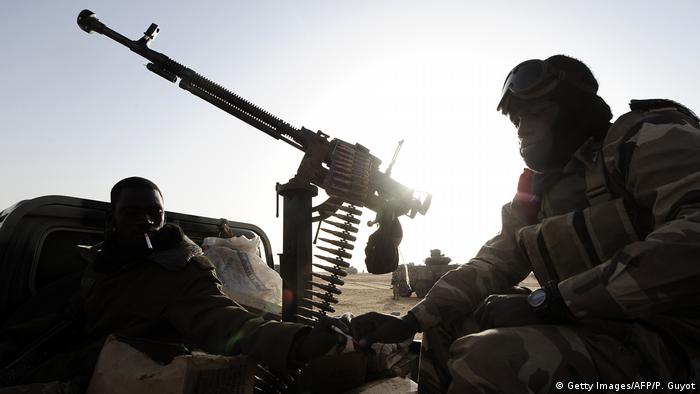 As Malian soldiers fight Islamists, the insurgents are increasingly carrying out attacks in Burkina Faso

Only two police officers were on duty at the end of November when Islamists attacked and captured the village of Nadiagou in Burkina Faso's southwest near the borders with Togo and Benin.

The officers didn't offer any resistance, an eyewitness told DW from the safety of the capital, Ouagadougou, where he sought refuge after the attack.

"The officers fled," said the man, who didn't want to be named to protect his safety.

"They were two against many. Even if they had tanks, they couldn't have done anything," he said describing how easy it was for the armed group to captured Nadiagou, the first village in Burkina Faso to fall into the hands of Islamists.

Two explosions rocked United Nations camps in the northern Mali city of Gao on Sunday, causing damage but no casualties, according to AFP news agency. 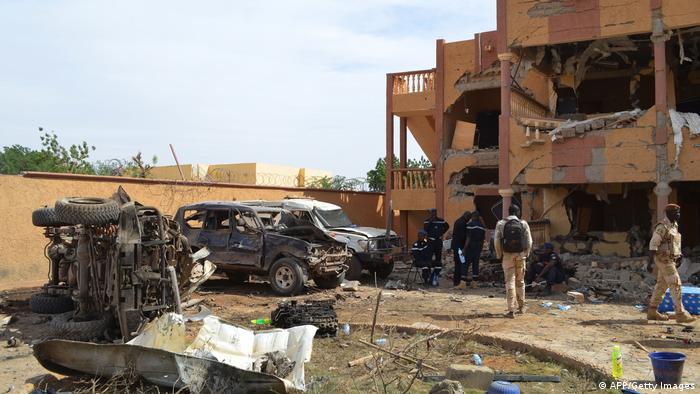 In the central Mali town of Bandiagara, militants killed at least 31 people last Friday when they fired upon a bus ferrying people to a local market.

The al-Qaeda-linked militant group Jama'a Nusrat ul-Islam wa al-Muslimin (JNIM) is expanding in Mali and  "posing a growing threat to the ruling government in Bamako," according to the American Foreign Policy Council's Global Islamism Monitor.

A major reason for the expansion of extremist Islamist groups in the Sahel, the vast semi-arid strip wedged between the Sahara to the north and the tropical savannas to the south, is the limited capacities of the national armies operating there, says retired Senegalese general Babacar Gaye.

African heads of state meeting earlier this week at the Dakar Forum for Peace and Security called for easier access to international funding and stronger strategic support to combat Islamist groups.

Speaking at the event, Niger's President Mohamed Bazoum criticized international partners for what he called their "weak involvement in the fight against arms smuggling from Libya."

"The overflow of weapons [from Libya] has been channeled to the Sahel, fueling the various centers of terrorism as well as the numerous groups of criminal bandits operating in the area, especially in Nigeria," Bazoum said. 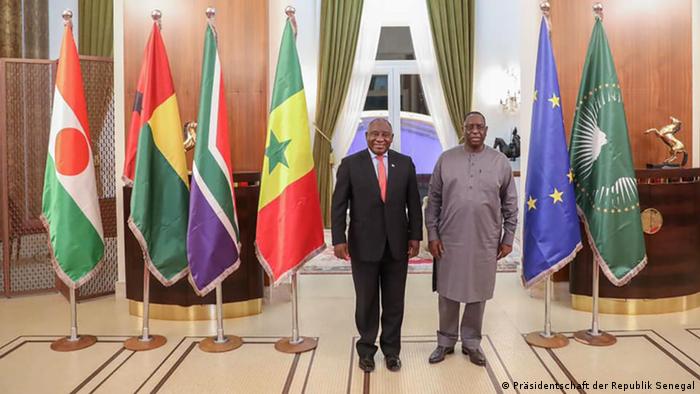 But another topic also dominated many discussions at the two-day conference: the international handling of the coronavirus, with South Africa's President Cyril Ramaphosa even denouncing what he called the "vaccination apartheid" of industrialized countries.

Security expert Paul Simon Handy from the Africa-based Institute for Security Studies sees a link between the growing extremist threat and coronavirus pandemic.

African economies were massively hit by the pandemic, he told DW in Dakar where he was attending the forum, adding that "this economic impact also had consequences on the capacities of African countries to design counter-terrorism strategies.

"So, in a way, the pandemic had an impact, though indirect, on counterterrorism, or even the capacities of African countries to prevent extremism." 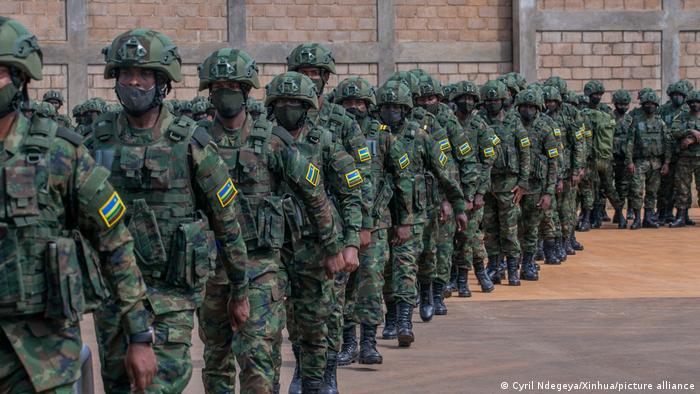 Rwanda has an estimated 2,000 troops in Mozambique's Cabo Delgado region

According to Handy, the pandemic could prove beneficial in the long term for countries on the continent.

"For African countries, it was a huge shock to see how much Western countries played it selfish in terms of the management of vaccine stocks," he explained.

"But maybe this is exactly what African countries needed to realize — that they have to find solutions to their own problems without relying too much on partnerships, on external actors."

One example of this can already been seen in Mozambique's northern Cabo Delgado region, where troops from Rwanda as well as from Southern African Development Community (SADC) countries such as Botswana, Tanzania and South Africa are helping fight extremists linked to the so-called Islamic State (IS).

Richard Tiene and Eric Topona contributed to this article, which has been translated from German.

Following protests in Burkina Faso, President Roch Marc Christian Kabore has vowed to step up the fight against terrorism. Many people feel these are empty words, and are calling for his resignation.

Police fired tear gas at protesters as they burned tires and ransacked a government building in Ouagadougou. Citizens of the capital of Burkina Faso are upset about jihadi violence and a recent attack.

Explosions hit a UN camp and a bus in Mali while neighboring Niger saw an attack on a military base. The base is used by the G5 Joint Force of Sahel countries to combat militants in the region.