Following protests in Burkina Faso, President Roch Marc Christian Kabore has vowed to step up the fight against terrorism. Many people feel these are empty words, and are calling for his resignation. 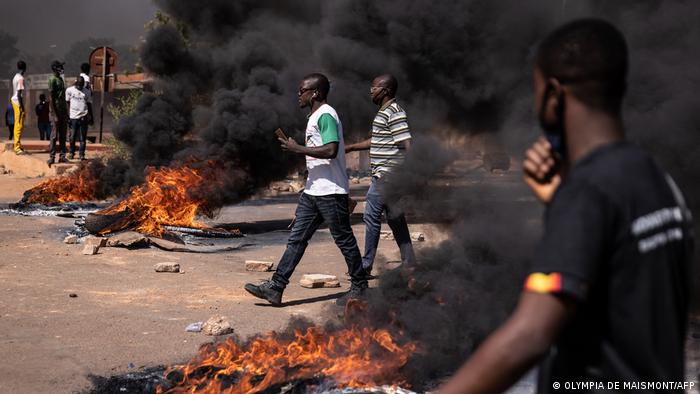 A surge of Islamic militant violence in Burkina Faso is taking on a new dimension.

The situation is particularly worrying in Nadiagou, located in the southeast, not far from the border with Benin and Togo.

DW reported on how the al-Qaeda-linked jihadist militia group JNIM, which originated in Mali, brought a town under its control for the first time. The men fled, the churches closed.

Protesters are frustrated with the state's failure to stop the violence.

"The jihadists control the village," a resident who fled to the capital, Ouagadougou, but remained in contact with relatives told DW.

"Only women, children, and old people are left."

While this could not be officially confirmed, a reliable source in security circles corroborated the account.

This development shows how easily militias appear to have spread their grip in the region. JNIM has carried out attacks in the north and northwest, while the Islamic State in the Greater Sahara (ISGS) is mainly active in the east and in the border region of neighboring Niger.

"Our country is at war, and it is disappearing more and more. We have already lost a large part of the land," said Ibrahima Maiga, who now lives in the United States and is a cofounder of the movement Sauvons le Burkina Faso (Save Burkina Faso). 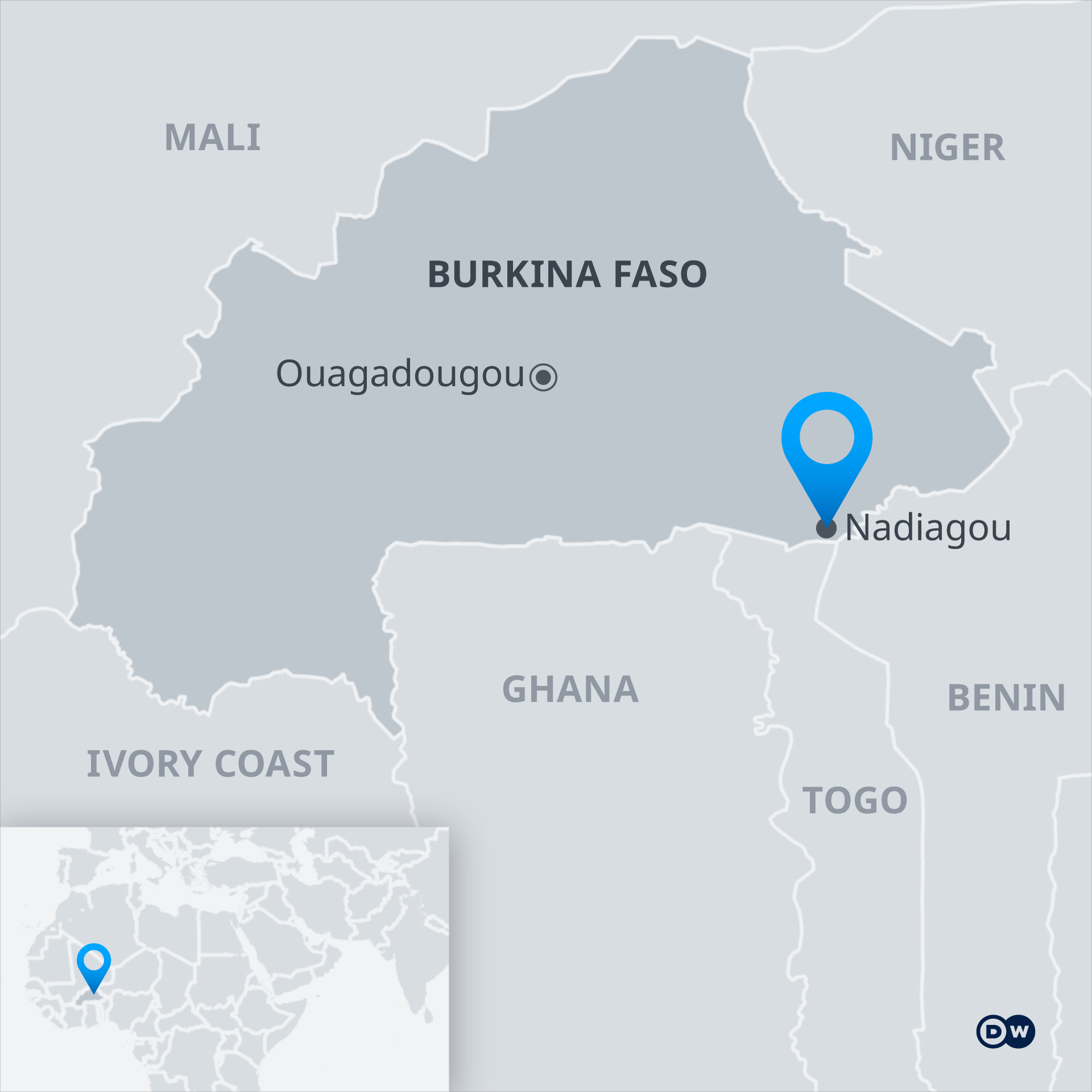 Calls for President Kabore to quit

For weeks, the civil society group has been exerting massive pressure on the government of President Roch Marc Christian Kabore, who has been in power since 2015.

"We have decided to keep protesting until there is real change. For us, this is only possible if President Kabore steps down. That is why we are maintaining this momentum," Maiga told DW.

In Burkina Faso, more than 2,000 people have died as a result of terrorism since 2016. Some 285 people died between July and September alone, according to the United Nations children's agency UNICEF.

Nearly 1.5 million people are on the run, about 2,700 schools are closed and some 300,000 children and young people can no longer receive an education.

The terror threat is the most significant security crisis in the country since Burkina Faso gained independence from France in 1960.

Attack that changed everything

The trigger for the current pressure on the government was a November 14 attack on security forces in Inata in the north, near the border with Mali.

The assault was the deadliest attack security forces in Burkina Faso have endured since the insurgency began in 2015. Jihadis killed at least 49 police officers and four civilians.

The attack has fueled anger against both the government in Ouagadougou as well as the French military forces that support it. Since then, protests against Kabore's government have flared up sporadically.

For many Burkinabes, including Prosper Nikiema, the militants had finally crossed a line. He said the ambush on a military police post showed that something had been wrong for far too long.

"Of course, there have always been signs of danger. But these have not been taken seriously at all," Nikiema told DW.

For him, there is only one logical conclusion: Kabore's resignation. However, he thinks that Kabore lacks the courage to take that step.

On Tuesday, Security Minister Maxime Kone announced that Ghana, Togo and the Ivory Coast had created such a mission, with more than 5,700 soldiers. They arrested at least 300 suspects and confiscated illegal firearms. That operation had been planned before recent protests. 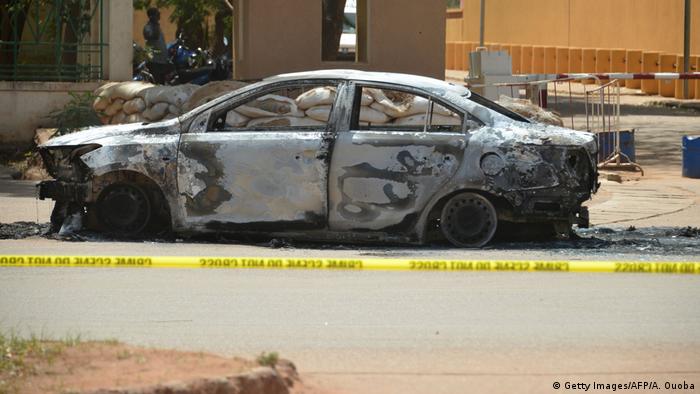 Burkina Faso has become a target of frequent terror attacks, including this one in Ouagadougou in 2018

Amadou Diemdioda Dicko, a member of parliament for the opposition Union for Progress and Change (UPC) party, believes cross-border initiatives are crucial.

"The situation is also very similar in Mali and Niger," Dicko told DW. "People need to understand that we can only fight terrorism together."

In his opinion, it is not only the government's responsibility: "The population must be involved — for example, by reporting suspicious people. Weapons alone will not bring a solution."

This is evident in neighboring Mali. Despite international military missions and training programs for the armed forces, the security situation has deteriorated in recent years.

To set an example quickly, Kabore appointed Lieutenant Colonel Wendwaoga Kere as inspector general to remedy grievances within the armed forces. For parliamentarian Diemdioda Dicko, Kere's appointment is a step in the right direction.

"Action is demanded of the president, after all," he said. 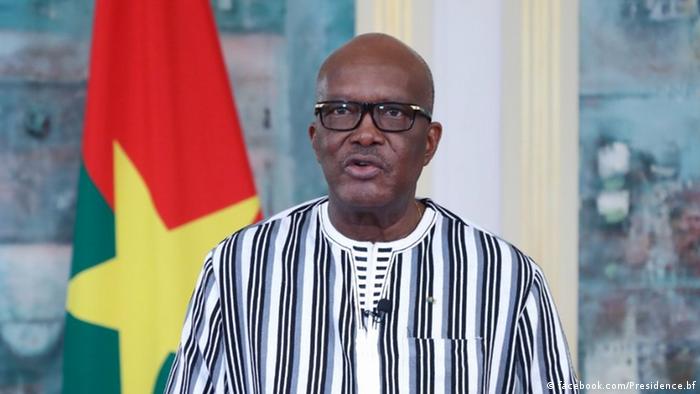 New faces instead of fundamental changes

For Ibrahima Maiga of the movement Sauvons le Burkina Faso, that is not enough: "He has changed the chief of staff four times. He had four defense ministers. We have tried and replaced everything. Just not him yet."

Maiga, instead, has called for a government of national unity. At the same time, he acknowledged the difficulties in finding a head. "The opposition and the government are the same," he pointed out.

Balai Citoyen led peaceful protests that forced former President Blaise Compaore to resign in 2014. However, as Burkina Faso's best-known civil society organization, it has not yet joined the demonstrations.

"No organization has contacted us about this," Kinda told DW.

Balai Citoyen has always prided itself that its power lies in grassroots support. It remains to be seen how many people Sauvons le Burkina Faso will mobilize for future protests.