Nikolaus Harnoncourt's 85th birthday fell on December 6. The cellist, author and ensemble founder is also one of the most influential conductors of the past and current centuries. 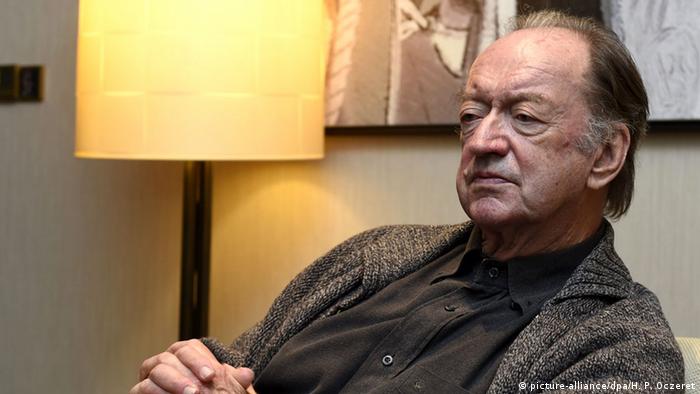 During the last movement of Joseph Haydn's "Farewell Symphony," the musicians leave the stage, one by one and in groups. At the end, only one violinist remains to play the final notes. Their patron, Prince Nikolaus Esterhazy, got the message at the first performance in 1772: his musicians were more than ready for their overdue break and wanted to get back to their families.

One of the most striking examples of music with a message, but that in fact applies to most compositions from centuries past: melodies, harmonic progressions and rhythms convey a full spectrum of emotions, thoughts and situations - but we no longer understand the syntax.

In his 1985 collection of essays and lectures titled "Musik als Klangrede" (Baroque Music Today: Music as Speech), Nikolaus Harnoncourt explains that music can be appreciated only in the context of its own era. Harnoncourt is convinced that in the 20th century, "serious music" (a term he rejects) had degenerated into an "empty ornament," something enjoyed but not understood. 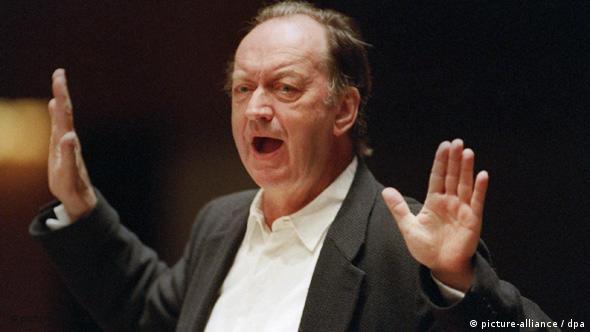 The sound orator rehearsing at the Beethovenfest in Bonn, 2000

In the beginning was the word

"Musik als Klangrede" became the manifesto for adherents of historical performance practice. Harnoncourt was not its first protagonist, but likely the most influential. In 1953 the cellist and his wife Alice, a violinist, founded the pioneering early music ensemble Concentus Musicus Vienna to "convey the vitality of baroque art to the field of music."

The methods: meticulous study of historic source materials and the use of historic instruments in an effort to get as close as possible to the sound the composers themselves heard. The aesthetic: strong rhythmic accents, sharp contrasts and "singing" melodies. The underlying thought: instrumental music, and not only that of the Baroque, derives in one way or another from song. To Harnoncourt, all music is ultimately an intensified form of the expression that lies in words.

And, like words, music can unsettle or provoke. It may sometimes be harsh, uncomfortable, even ugly. The paradoxical result: the manner of playing based on scholarly research turned out to be anything but dry and scholarly. It gave a sense of how much meaning lies in the music - at least in the hands of Harnoncourt, who has a clear definition of his role: "We musicians are not artists, but interpreters."

His ancestors having come from the nobility of Luxembourg and Lorraine, Johannes Nicolaus Graf de la Fontaine und d'Harnoncourt-Unverzagt was born in Berlin on December 6, 1929. Growing up in Graz, Austria, he played cello at age 10. After studies at the Vienna Music Academy, he joined the Vienna Symphony Orchestra in 1952, then led by Herbert von Karajan.

The young musician found Karajan's style flat and lacking in expression. Ten years later, a radical departure erupted on the music scene: a recording of Johann Sebastian Bach's "Brandenburg Concertos." It was the breakthrough for Concentus Musicus. From 1972, Harnoncourt was an instructor at the Mozarteum in Salzburg and, beginning in 1975, his reconstruction and performance of several operas by Claudio Monteverdi made him a known quantity internationally. 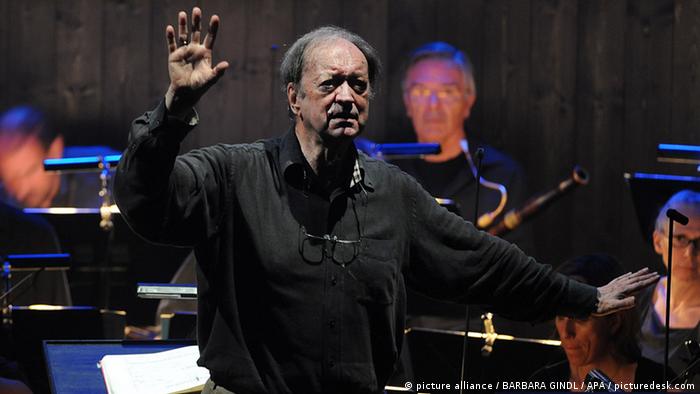 At Concentus Musicus Vienna's first public performance in 1957, the squeaking winds and brittle gut string sound astonished, rattled and even annoyed the audience. Familiar music now sounding utterly different, that new-old sound was light years removed from the one then prevailing in the concert halls as embodied by Karajan. Today, that maestro and his "beautiful" aesthetic have fallen out of fashion, whereas nearly every renowned conductor - whether Norrington or Thielemann, Nelsons or Rattle - acknowledges his debt to historically informed performance practice.

From the 1970s, Harnoncourt began working with full-sized orchestras playing modern instruments: first the Concertgebouw Amsterdam, later the Vienna and Berlin Philharmonics and the Chamber Orchestra of Europe. Since the early '90s he's conducted nearly every year at the Salzburg Festival. One of his brainchildren, the Styriarte Festival, has taken place in Graz since 1985. In 2014, Harnoncourt won Germany's ECHO Klassik lifetime achievement award.

Takeover of the classical world

Over the years, Harnoncourt expanded his repertory to include classical, romantic and beyond - from Mozart and Schubert to Brahms, Bartók and Berg - always incorporating the insights and experience gained from historical performance practice. 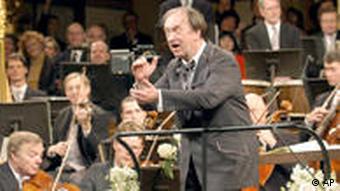 ... and conducting the audience at the Vienna Philharmonic's traditional New Year's concert, 2003.

On his 85th birthday, he led his Concentus Musicus in Vienna in a rendition of Joseph Haydn's oratorio "The Creation." A fitting work for one of the most creative spirits among interpretative artists and one of the most style-setting conductors of the 20th and 21st centuries.

After his first collaboration with the maestro, Chinese star pianist Lang Lang remarked, "He can convey the music to me in a way that I feel directly transported to the time in which it was composed" - a sentiment shared by many. The DW music documentary "Mission Mozart - Lang Lang & Nikolaus Harnoncourt" will be aired on January 11, 2015.