German candy producer Haribo to take liquorice sweets that are shaped like ethnic masks and faces off the Swedish and Danish market. Other countries are struggling with products and logos considered racist as well. 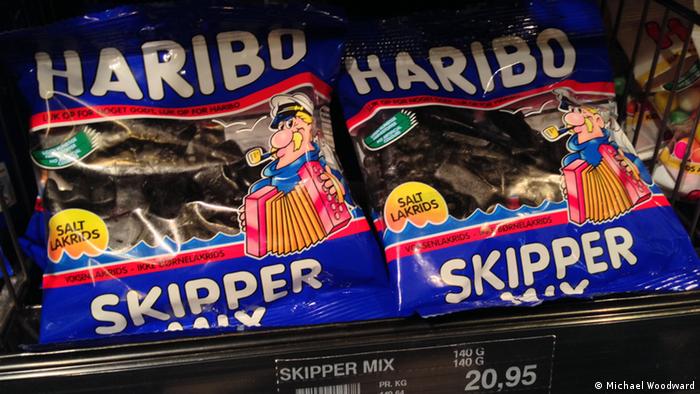 The German candy producer Haribo has decided to stop selling some of its black licorice sweets in Denmark and Sweden in response to increasing customer complaints on the Internet dubbing the candies "racist."

The black licorice sweets are part of Haribo's "Skipper Mix" salty blend and are shaped like ethnic masks or faces resembling those found in African, Asian, or Native American art.

According to Haribo Sweden head Ola Dagliden, only the motives deemed offensive were taken off the market, while the mix itself will be kept. 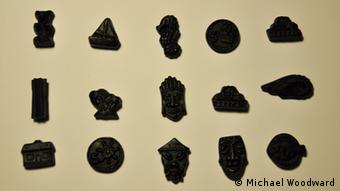 Dagliden added that Haribo never intended to offend anyone and that the Skipper Mix was designed to remind people of the things sailors might have collected on their travels around the world. "It wasn't something we saw as having negative connotations," he said.

The Skipper Mix candy is not the first product to invoke charges of racism in Sweden. In 2012, every 10th Swedish library refused to display the comic book "Tintin in the Congo" after accusations of racism, as the Swedish tabloid Aftonbladet reported.

A culturally sensitive rethinking of products, logos, names and even traditions has been occurring in a number of European countries in recent years. 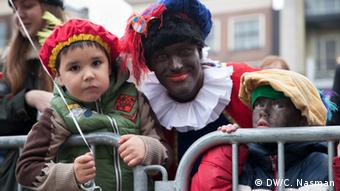 Holland, for example, has faced criticism over its holiday tradition of "Black Pete," Sinterklaas' blackfaced helper, for a while now. In October 2013, a United Nations researcher even denounced the character as a "throwback to slavery," saying that white men painting their faces black, coloring their lips bright red and wearing a curly Afro wig could easily be interpreted as a racist caricature of a black man.

Germany is no stranger to the problem either and discriminatory terms in everyday language have come under fire for years. Chocolate-coated marshmallows, for instance, are still commonly referred to as Negerkuss or Mohrenkopf, literally meaning "Negro kiss" and "Moor heads" respectively. On the packages, however, producers now generally write Schokokuss, which translates to "chocolate kiss."

In Austria, there is a famous brewery called Mohrenbrauerei, literally "Mohr's brewery." Several campaigns have recently raised awareness for the racist stereotyping of the name in combination with the company's logo, which depicts a black silhouette of a man with bulging lips, frizzy hair and a large nose. 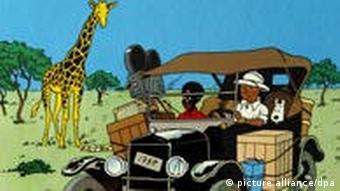 'Tintin in the Congo' caused outrage in Sweden

According to ethnologist Julia Bayer, the problem with such forms of subtle discrimination is the establishment of individuals as supposedly different and exotic rather than addressing foreigners as equal.

"An old colonial idea of a white 'race' which is superior to all others comes into play," she told DW, adding that the terms and pictures are often scientifically incorrect and obsolete and, moreover, transmit false associations.

Her advice is to think about the meanings behind the terms we use.

Language researcher Bernd Müller-Jaquier agrees, saying that it would be helpful to get acquainted with the terms certain groups use to describe themselves rather than using our own term.

Experts say that collecting official data on hate crimes could help in the fight against violence motivated by prejudice. Recent studies suggest that anti-Semitism and xenophobia are on the rise in Germany. (20.11.2013)