Germany overcame Romania with less gloss than in recent performances. Nevertheless, it is increasingly clear that Hansi Flick has changed the direction of this side. One more win will secure World Cup qualification. 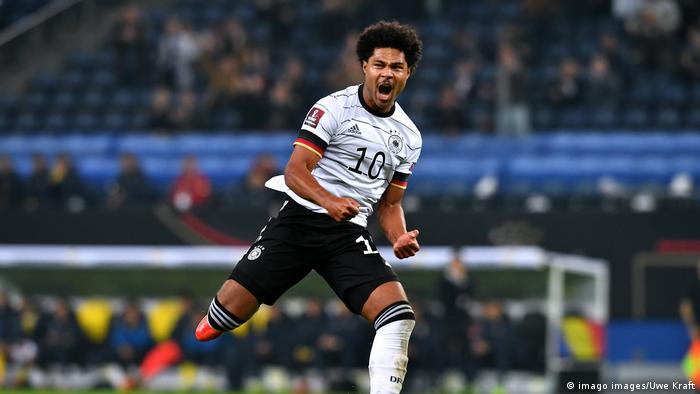 "I’m only here because they're playing in Hamburg," came the drunken shout of a Germany fan walking up the winding path from Stellingen train station to the Volksparkstadion.

Such is the rather mute atmosphere surrounding the German national team since the disappointment of Euro 2020 that stadium visits tend to be spontaneous local affairs rather than highly-anticipated spectacles.

Joachim Löw's long reign has ended and fans are still trying to work out exactly what to think of this new Germany. But the Hansi Flick era is picking up steam, and Friday night in Hamburg once again saw the Nationalmannschaft in fighting mood as they battled their way, eventually, to victory over Romania.

Thomas Müller's late winner added a fairytale finish to a match that was more Arbeitssieg (German for hard-earned victory) than an advert for Flick football. But Germany did win, and their manner of victory was indicative of the changes that Flick has already instilled.

Communication is the key

Much was made this week of how communicative the 56-year-old has been since taking the job, making regular calls to Bundesliga coaches as well as players not selected in this squad, such as Mats Hummels, Robin Koch, and Emre Can. 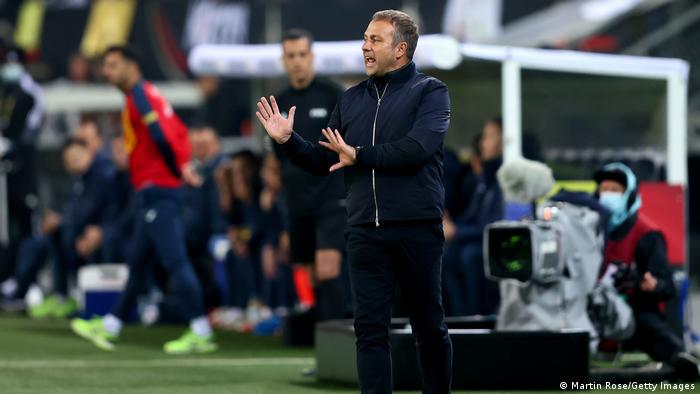 But no amount of communication could prepare Germany for a crazy five-minute sequence which saw Timo Werner win a penalty, then have it overturned by VAR, before Ianis Hagi flew up the other end to embarras Antonio Rüdiger and give Romania a shock lead.

"We thought we had a penalty and then suddenly we're behind," commented Flick afterwards. "But even that contributes to the development of the team. We never hid, we always believed in ourselves."

Flick's talk is not without purpose or effect, and his players do look like they really understand what is expected of them. Germany's ruthless ability to continually win the ball back in the final third was reminiscent of Flick's Bayern Munich, Leon Goretzka was industrious, Marco Reus creative and Germany slowly began to turn the screw.

When Serge Gnabry fired home the equalizer six minutes after the restart, it was no more than Germany deserved.

"We know that, even if we go behind, that doesn't always mean that everything we were doing beforehand was wrong," said Müller.

Germany's impatience in the final third having won the ball stopped them scoring more but the effort to reduce the distance to goal was evident across the group.

"Our thought is to defend high up and close to the man," explained Reus. "We didn’t deliver a perfect game, but we are happy with the effort, the moral we showed and the drive to goal that we developed."

After an array of efforts from Leroy Sane blazing over to Kai Havertz waiting too long to unleash an effort into the far corner, Müller popped up at the back post to give Germany the three points expected of them - although his run from the near post where it looked like he was expecting a short corner was anything but conventional. 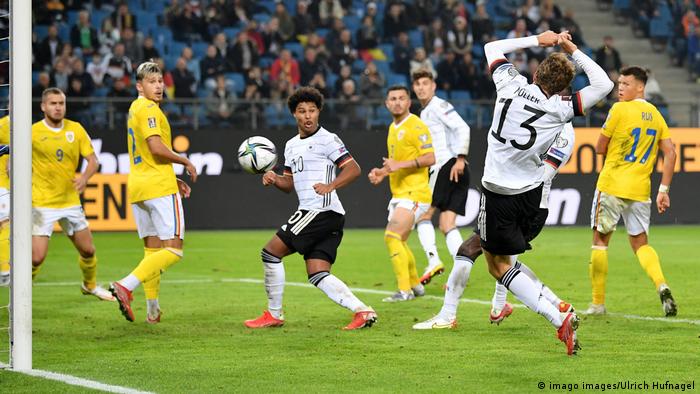 Thomas Müller's run to the back post was unconventional, but it led to the winning goal

"I have a bit more freedom [playing for Germany]," said the Bayern Munich man. "I normally look to go short but this time I decided to cancel that and go to the back post and then it was in."

Flick called it "an important set-piece goal" and said it demonstrated that Germany, despite little time to practise, are "a bit further along in that regard."

A step closer to the World Cup

On a night when Timo Werner endured rather than enjoyed another game in Germany colors ("What is a classic striker? He can score goals but he can also open up space," said Flick in his defense), Müller's back-post goal was a reminder the difference being in the right place at the right time can make.

Really though, this was a night when Germany fans were reminded that while some Friday nights might be a little more nerve-wracking than usual the end result is becoming increasingly familiar again.

On Monday, the winding path leads from Hamburg's Volksparkstadion to Skopje, where another win against North Macedonia will secure Germany a spot at the controversial World Cup in Qatar next winter.