Hamburg Prepares For Hooligans With New Temporary Jail | News and current affairs from Germany and around the world | DW | 23.03.2006

In anticipation of trouble at this summer’s World Cup, authorities in the northern German city of Hamburg are building a special temporary jail to hold hooligans on the site of a former car wash. 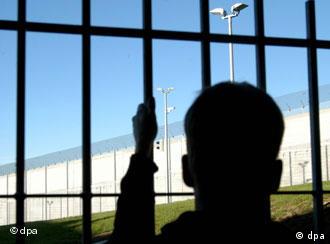 The prison will be able to hold up to 150 prisoners and the cells will be outfitted like those found in the city's main police station but will be specifically for people who have been "temporarily taken into custody" in order to avert violence, police spokesman Marco Haase said in a statement.

The jail is expected to cost 3.8 million euros ($4.6 million) to build and will be part of the 8.8 million euro budget the city has set aside for security during the month-long soccer tournament. The budget is specifically for covering the cost of police and fire department overtime and the employment of additional personnel.

Hooligans arrested at the World Cup can be held for up to two weeks in the most extreme of cases. "We want a peaceful World Cup and we hope that these rooms aren't going to be necessary," Haase said.

Five of the 64 World Cup matches are to be played in Hamburg although none of the clashes in the group stage, except maybe the June 22 match between the Czech Republic and Italy, are classified as high risk.

The quarter final to be played in the city on June 30 could potentially feature a more volatile match featuring two teams from hosts Germany, England, the Netherlands and Argentina.

"A Time to Make Friends" is the motto of the World Cup in Germany. Organizers and police are concerned that some will come to do the opposite -- make enemies. Fan projects say fears are exaggerated. (Dec. 18, 2006)

Ahead of World Cup, German Police Prepare for Hooligans

German police are busily amassing intelligence from around the world in a bid to prevent this year's football World Cup finals being marred by brawling hooligans. (Jan. 25, 2006)

Two and half times bigger than London, with one of Europe's biggest ports, Hamburg -- the Venice of the North -- offers everything and anything. Read about this World Cup city in this DW-WORLD profile.