Meat from animals which are not stunned before slaughter cannot be labeled organic, the EU's top court has ruled. The organic standard places a high emphasis on animal welfare. 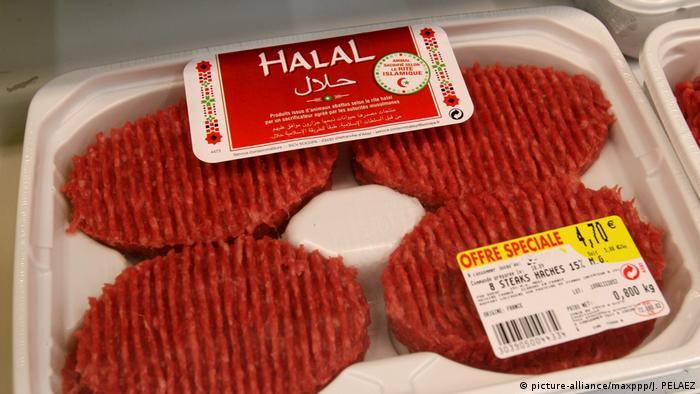 The meat from animals slaughtered under ritualistic practices cannot be labeled as organic, the European Union's top court ruled on Tuesday.

The EU organic standard places a high emphasis on animal welfare and ritualistic slaughter does not reach its threshold, the European Court of Justice found.

Ritualistic slaughter, in which animals are not stunned before being killed, is allowed under freedom of religion laws, but the lack of anesthesia means the animal suffers too much for the organic standard, the court found.

Animals killed in such a fashion have their throat slit in one movement, generally losing consciousness shortly afterward.

Read more: #Halalchallenge: Racism in the guise of animal rights

A tale of two chickens

The Central Council of Jews in Germany has slammed the ruling, saying they could not understand the decision. The ruling was "a slap in the face for the Jewish community and testifies to a great ignorance about religious slaughter," Council President Josef Schuster told the epd news agency.

The ruling also affects kosher slaughter practices, in which animals are not generally sedated.

The German Animal Welfare Federation welcomed the ruling, saying it did not preclude all forms of halal slaughter.

"Fortunately, there is a very large number of Muslim religious communities for whom slaughter with anesthesia and halal are not a contradiction," the group said, saying certain halal practices focused instead on the orientation of the animal during slaughter and the use of Muslim butchers.

Taybeh beer: A 'taste of Palestine' that's kosher and halal

For a quarter century, the Taybeh Brewing Company has pioneered Palestinian beer. To improve its marketability in Israel and Palestine, the beer is kosher and, in its nonalcoholic form, halal. (30.01.2019)

After years in the lab, will meats derived from animal cells finally break into the mainstream consumer market? The products could have huge implications for the planet, human health and animal welfare. (03.01.2019)

Barbecuing sustainably: How not to burn rainforests in our grills

A lot of our BBQ charcoal comes from tropical forests, and this can contribute to deforestation, a survey has found. But there are alternatives for more environmentally friendly grilling. How good are they? (06.07.2018)