Cars that don't require a human being at the steering wheel are set to hit public roads in the near future. But critics worry that owners could become targets of cyber attacks. 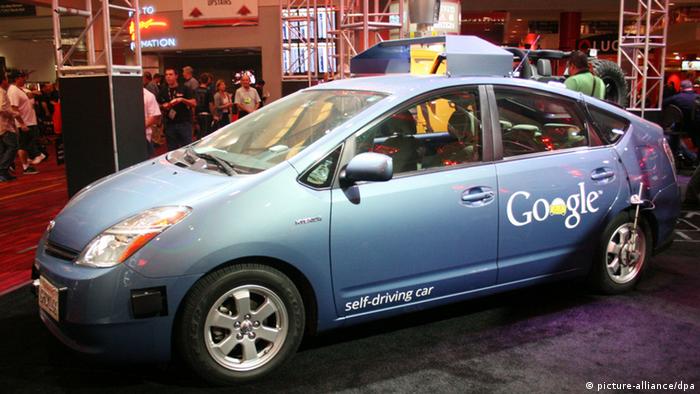 Self-driving vehicles are becoming more widespread, with automotive companies investing more in developing the technology: Google announced that their self-driving cars will hit American streets as early as this summer. Daimler has just unveiled the first autonomous semi-truck. Automated control systems have been integrated into almost every mode of transportation: airplanes, ships, trains, and cars.

With this reliance on computers, IT security is a concern for self-driving cars. Experts are questioning whether the technology has been adequately adapted to neutralize the threat posed by potential security breeches - particularly hacking. 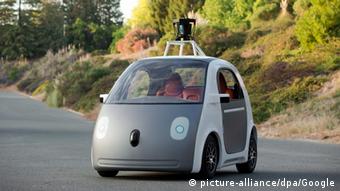 One of Google's early self-driving cars

"With the autonomous technology, hackers can crash your car or change your route completely while you're taking a nap," Edgar Scholl, founder of German IT security company Datengold, told DW.

Much of the vulnerability is linked to the internal communication technology of self-driving cars, which, once hacked, allows the intruder to take control of the car via the onboard computer systems controlling brakes, steering and navigational instruments.

While it may seem like part of an adventure film plot, hacking an automated control system is already possible. The auto-pilot of a United Airlines flight was hacked in flight via the online entertainment system. In January 2015, it was reported that a cyber-security flaw in BMW's Connected Drive on-board SIM card technology left 2.2 million drivers vulnerable to hackers.

Hackers could attack the security system "via the interactive interface," said Professor Dr. Christof Paar from the Chair of Embedded Security at Ruhr-University Bochum to DW. Other dangers included computer viruses on smart phones or tablets connected to the car and installed spare parts that contain malware, according to the expert.

"The experience of the online world shows that attacks only occur when the hacker has the right incentives," said Paar. "On the Internet, this means often the attacker wants to make money."

Hiring a professional hacker to crack passwords to bank, social media and email accounts is straightforward via online platforms such as Hacker's List, where a hacker can be hired for most tasks for the right price. 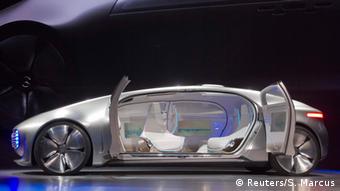 While the likelihood of hacking increases as technology advances, the average driver is unlikely to become a target for hackers.

"One can assume James Bond-like attacks [such as] paralyzing the braking system could occur," said Paar. "But if you aren't a high-value target, you probably needn't worry."

IT security isn't a manufacturer focus - yet

Hacking raises concern about the feasibility of self-driving cars and their safety on public roads.

"I would definitely recommend that the manufacturers take hacking seriously," Paar said.

Some IT experts criticize automotive manufacturers for failing to work together with cyber security specialists to develop adequate methods to test security.

"Automobile companies have worked on security issues, but [testing] is not sufficient enough," Scholl said. "They have excellent engineers, but many of them are not familiar with IT security. There ought to be more cooperation between the two sectors."

Automotive manufacturers reassure their customers that the technology has undergone rigorous tests and security is their top priority.

"Everything will be tested and proven carefully in terms of data security," Carole Pfeifle, a representative from Products Communications for Mercedes Benz trucks, confirmed. "Our semi-truck autonomous technology is meant to support the drivers. The driver remains the center of the entire driving experience."

While security concerns exist, consumer reliance on autonomous technology is likely to continue to grow in coming years. Manufacturers will need to stay one step ahead of hackers if the public is expected to feel comfortable with self-driving cars on public roads.

A future in which electric cars drive themselves and be hailed through a smartphone app may be closer than we think. Or not. Chris Cottrell reports from the International Transport Forum in Leipzig, Germany. (29.05.2015)

Self-driving cars run by Google have been involved in less than a dozen accidents over the past six years, the Internet search behemoth has said, with none of them caused by the driverless vehicles. (12.05.2015)

A finger ring that snaps pictures and plays your favorite tune, or a 110-inch curved TV: Exhibitors at the CES are locked in a race to amaze electronics consumers. But this year, it's cars that are stealing the show. (07.01.2015)