A future in which electric cars drive themselves and be hailed through a smartphone app may be closer than we think. Or not. Chris Cottrell reports from the International Transport Forum in Leipzig, Germany. 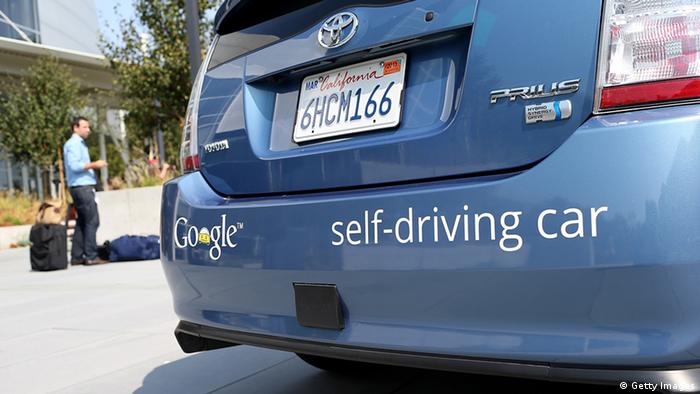 It's fitting that the movers and shakers of transportation policy have descended on Leipzig this year for their annual summit. It was here that two of the Romans' massive, intracontinental trade routes once converged, and it is here that global leaders from the fields of trade, transit and tourism have been discussing the future of mobility.

Buzz words at the International Transport Forum (ITF) have included autonomy - as in autonomous, or driverless, cars and trucks - electromobility and the sharing economy.

More than a few people here have raised the possibility of a future in which urban centers are entirely void of gas-guzzlers piloted by humans. Self-driven, battery-powered vehicles are the goal, they say. Some are eagerly waiting for these prophecies to come to fruition; others are investing heavily to ensure that they do.

A recent study by the Boston Consulting Group forecast that Germany would have self-driving cars on the Autobahn by 2017 and in cities by 2020. By 2025, commuters here could be sharing nearly every roadway with fully autonomous cars.

"This is a visible signal that mobility is changing," German Transport Minister Alexander Dobrindt said moments after arriving at the transportation summit in a pilotless BMW i3, a sleek, black SUV that rolled to a gentle stop outside Leipzig's trade fair grounds.

The auto industry is in the throes of big, often eye-popping changes and Germany's engineering and design prowess has put its carmakers in a unique position to get behind a possible shift to a driverless future.

A few floors up from where Dobrindt arrived, luxury carmaker Audi was showing off how those changes have manifested themselves in a virtual semi-driverless cockpit of the future, dubbed "James 2025." 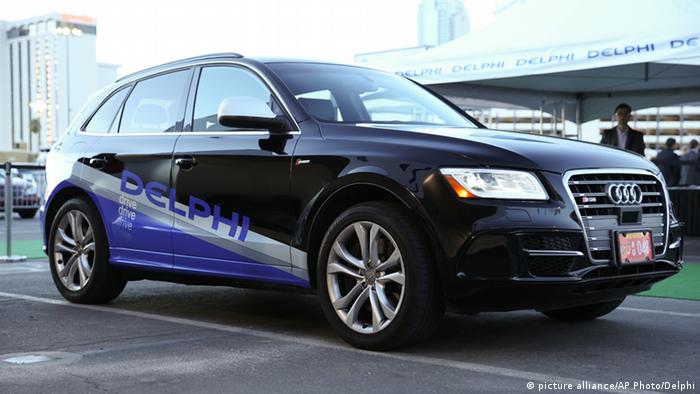 It wasn't a full prototype, just two black fabric front seats and a dashboard, but it was turning heads all the same. Sebastian Hinzmann, an engineer in the group research division at Volkswagen, Audi's parent company, said the model was based on the A6.

Audi is of course already testing its self-driving cars on a specially allocated stretch of the Autobahn in Bavaria. Just two months ago, Dobrindt took a spin there in a souped-up Audi A7 named "Jack" that was equipped with autopilot technology.

But what set "James 2025" apart from "Jack" were the extra bells and whistles. Push two buttons on the black leather steering wheel morphs into an airplane yoke-like control and sinks into the dashboard, while a sleek instrument console with touch controls softly pings the driver to alert him or her of any imminent danger.

Audi says consumers will first be able to get their hands (so to speak) on its semi-driverless technology in 2017 in the A8 model. But it's not only German auto giants that are hedging their investments for the future.

Bill Ford, the great-grandson of Henry Ford and executive chairman of the Ford Motor Co., said in an interview with Bloomberg that he was aware that car and truck sales wouldn't be enough to guarantee his company's existence for another 100 years.

Ford's remarks added another layer to a debate that has been going on here as well about urban migration and how to prevent crippling gridlock as more people flock to cities. There has been ample speculation in the last few days in Leipzig of the potential benefits that could befall urban centers if all vehicles in cities were one day driverless.

"If we replace all the private cars and all the buses in a city, just leaving the metro and the shared, autonomous cars, we would need only one-third of the vehicles and 10 percent of the parking space," said Jose Viegas, the ITF's secretary general.

But ITF economist Philippe Crist isn't so sure. Not because fleets of shared, electric cars that run on autopilot wouldn't reduce congestion and eliminate the need for parking, but because there's no guarantee that's where things are headed. There is precedent for cities being blindsided by trends they did not expect.

Asia, for instance, and China in particular is home to a majority of the world's 21 million electric vehicles. But rather than cars, drivers there get around on battery-powered two- and three-wheelers. That's compared to the roughly 500,000 electric cars that are registered around the world.

"The model for replacing a fuel car with an electric car - the same car, same size, different drive train technology - that's not the winning electromobility strategy in the world," Crist said. "The real winning strategy is a small, low-range, light, city vehicle."

He said this was allegorical for what may happen with the rollout of automated vehicles too.

"Many expect these vehicles to be used the same way," Crist said. "I wouldn't put my money in the bank on that."

Self-driving cars run by Google have been involved in less than a dozen accidents over the past six years, the Internet search behemoth has said, with none of them caused by the driverless vehicles. (12.05.2015)