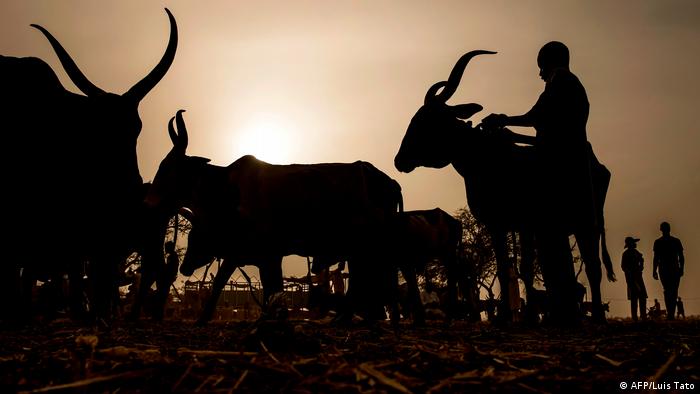 Dozens of armed criminals on motorcycles raided a number of villages in the northwestern Nigerian state of Sokoto, killing at least 60 civilians.

Regional governor Aminu Waziri Tambuwal said that the attacks late Wednesday, close to the border with Niger, came as a "rude shock" as security officials had recently visited the area to try to appease ongoing conflict.

"We recovered 25 corpses in Garki, 13 in Dan Aduwa, 25 in Kuzari, seven in Katuma and four in Masawa," Lawal Kakale, one of the witnesses, told French news agency AFP. The local traditional leader is from Sabon Birni district, some 175 kilometers (110 miles) from the city of Sokoto.

"People fled in all directions and were pursued by the attackers. So, the corpses were scattered," Kakale recounted, adding that the death toll had surged to 74 as more corpses were recovered in the villages.

Doctors at a nearby hospital said they initially received 60 bodies with gunshot wounds.

"All the bodies had bullet wounds, most of them were shot in the head," one medic recounted.

The army said "hundreds" had been killed but so far there has been no independent confirmation of the death toll. Security forces said there would be a press conference later on Thursday.

Last week, Nigeria's armed forces launched a series of bomb raids on camps in the northwest region in its latest attempt to curtail violence in the area.

Rival communities in the region have been embroiled in years of violent conflict over land, with armed gangs and vigilante groups carrying out reprisal killings and ransom kidnappings.

Insurgents on the rise

who have been establishing an insurgency in northeast Nigeria for the last ten years — are gaining influence as government and various rebel groups continue to clash.

According to the ICG, northwest Nigeria risks becoming a "land bridge" to jihadist groups across the Sahel region and called for stronger cooperation between Nigeria and Niger to prevent trafficking of arms on the border.

Deadly attack on military base in Niger's Diffa region

Multiple deaths and injuries have been reported in a suspected Boko Haram attack on a military outpost in southeastern Niger. This is the latest in a series of violent clashes in the region this month. (20.05.2020)

Armies in Mali and Burkina Faso have killed more civilians than jihadi extremists. The ruling military juntas in the two countries in West Africa's Sahel region are unable to keep the peace.

The attack left 14 children dead as the assailants reportedly "shot at anything that moved." It's the latest attack in near Niger's border with Mali.