Several Gulf states have sent thousands of heavily armed troops to reinforce loyalists in Yemen in the battle against Houthi rebels. The reinforcement followed a missile attack by insurgents killing 60 soldiers Friday. 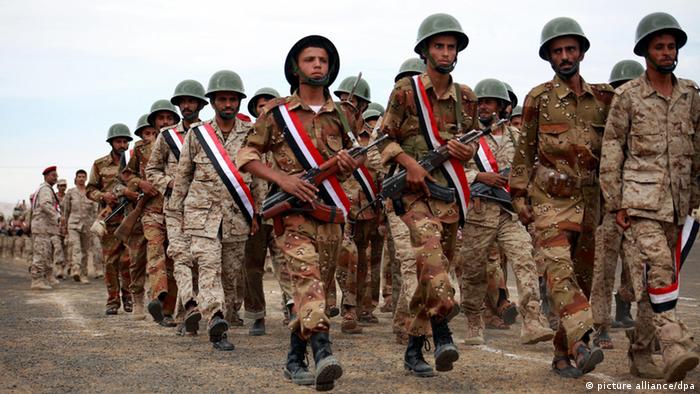 Local officials confirmed that Qatari troops had arrived at the military facility in Marib. Qatar is part of a Saudi-led coalition backing exiled President Abed Rabbo Mansour Hadi, whose forces have been fighting the rebels. 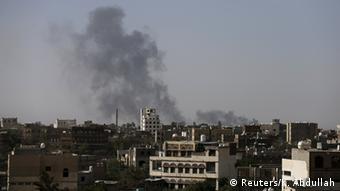 Airstrikes have rocked the capital, Sana'a, over the weekend, ahead of an alleged military push to liberate the capital from Houthi rebels

The development, which was also confirmed by the Qatar-based Al-Jazeera news network, marked the first time that Qatari ground troops had been sent to battle the rebels. The Qatari foreign ministry made no immediate comment on the report. Meanwhile, a Qatar-based defense source said the number of Qatari troops was less than 1,000.

On Friday, a rocket fired by the Houthis at the coalition military camp in Marib had destroyed an arms depot, killing 64 soldiers, including 45 Emiratis, 10 Saudis and five Bahrainis. Coalition troops have conducted several airstrikes in retaliation.

"Final preparations are being made for a decisive battle, before moving on to liberate (the Yemeni capital) Sana'a," al-Hayat said. Military sources also mentioned preparations underway in Marib for an offensive against the rebels and their allies.

Houthis had swept down from their northern mountain stronghold last year and had seized Sana'a unopposed before advancing on Yemen's southern port city of Aden in March. After loyalists recaptured Aden in July, the coalition began a ground operation that has seen the rebels pushed back from five southern provinces.

Gulf Arab states have long regarded the Houthis as proxies for non-Arab Iran, which they have accused of trying to extend its influence into Arab countries, including Syria and Yemen.

According to the United Nations, more than 4,500 people have been killed in the conflict to date, including hundreds of children. The UN said Yemen was now on the brink of famine.