The city of Antigua said the measure was "in the national interest" and to boost the historic city's conservation efforts. Citizens will have six months to dispose of their plastic products prior to implementation. 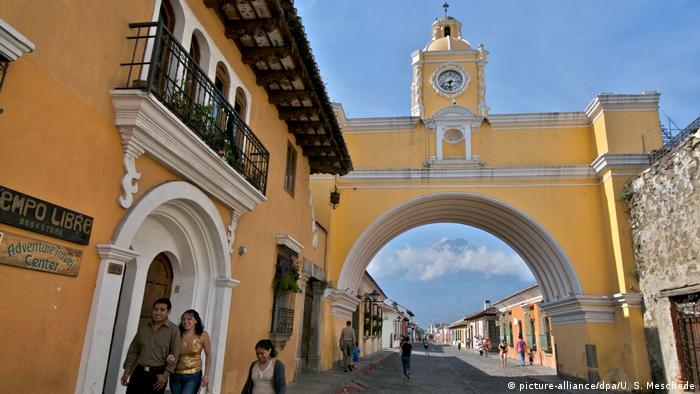 The city of Antigua, a popular tourist hub and UNESCO World Heritage Site, announced on Tuesday that it will prohibit the use of plastic bags, utensils and straws, in an effort to crack down on pollution and protect the environment. The new measure is set to go into effect in February 2019.

Antigua is the third of 240 Guatemalan municipalities to enact such an environmentally focused ban. Authorities are hoping to replace plastic with alternatives, such as biodegradable products.

In an official declaration, the government of Antigua explained that the decision to ban plastic was made in order to diminish the "great damage" that these products pose to the environment. In particular, Antiguan officials pointed to the measure as being "in the national interest" and to boost the city's conservation efforts.

Prior to implementation, Antigua will install a hub to collect banned plastic products from citizens, which would then be disposed off outside of the municipality. Locals will have 180 days to comply and get rid of their plastic, before fines kick in.

Once the ban is in full effect, noncompliance with the ban will result in a fine of 300 quetzales (€35) for individuals. Vendors and big firms who use or commercialize banned plastics will face a fine of 3,000 and 7,500 quetzales respectively. Fines would double for repeated offenses. 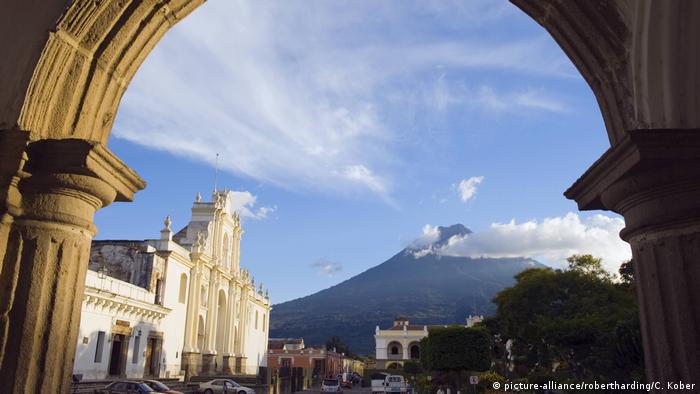 Antigua is the oldest colonial city in Guatemala, founded in 1527

Antigua, or "Old City," was once the most important seat of the Spanish colonial government in Central America. The city, formerly known as Santiago de los Caballeros de Guatemala, dates back to 1527 and it lies at the foot of the Water Volcano.

Today, Antigua is Guatemala's most popular tourist destination, owing to numerous colonial ruins that have turned the city into a picturesque museum of Spanish colonial history.

The city was designated a UNESCO World Heritage Site in 1979.

The eruption of Guatemala's Fuego volcano has killed at least 69 people, including children, and dozens more are unaccounted for. Nearby villages have been blanketed in ash, causing more than 3,200 people to evacuate. (04.06.2018)

A window to another world: A mobile radio studio in Guatemala City

Radio Sónica's mobile radio studio visits schools in Guatemala. Using this creative idea, the station reaches people who are otherwise ignored in the mass media: young people from the poor districts of the capital. (24.04.2018)