Center-left candidate Sandra Torres and her conservative rival Alejandro Giammattei are the top vote-getters, according to preliminary results. The two will likely face off in an August second-round runoff election. 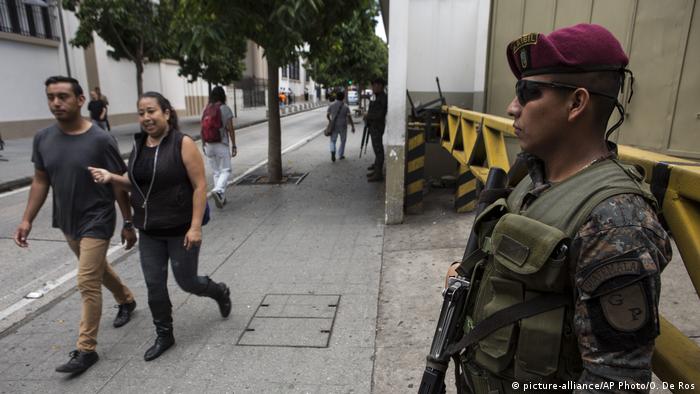 Guatemala appeared to be moving towards a second-round runoff election following a presidential vote on Sunday.

Early results from 20% of polling stations counted showed center-left candidate Sandra Torres securing 23.33% of the vote compared to a second-place finish of 15.70% for her conservative rival Alejandro Giammattei.

To win, a candidate needed to win more than 50% of the vote. Nineteen candidates were contending and the top two vote-getters will face off on August 11.

Despite tens of thousands of Guatemalans fleeing their country to seek refuge in the US, mass migration had not topped the candidates' platforms. Instead, campaigning was dominated by the themes of gang violence, poverty and corruption.

Guatemala has one of the highest homicide rates in the world, with 22.4 murders per 100,000 people. For its citizens, ending gang violence and alleviating widespread poverty are a priority.

One of the top candidates, ex-attorney general and anti-corruption campaigner Thelma Aldana, was barred from running due to allegations of irregularities during her stint as a public prosecutor. She has fled to the US, citing death threats.

Voting in the town of San Jorge, in the department of Zacapa, was suspended due to similar threats and violent incidents against electoral authorities.

Zacapa has a strong presence of local drug cartels, and several of its leaders have been extradited to the US accused of drug trafficking.

Clashes were also reported between rival supporters in other areas of the country.

Read more: Fleeing poverty, violence in Central America: 'There is no other option' 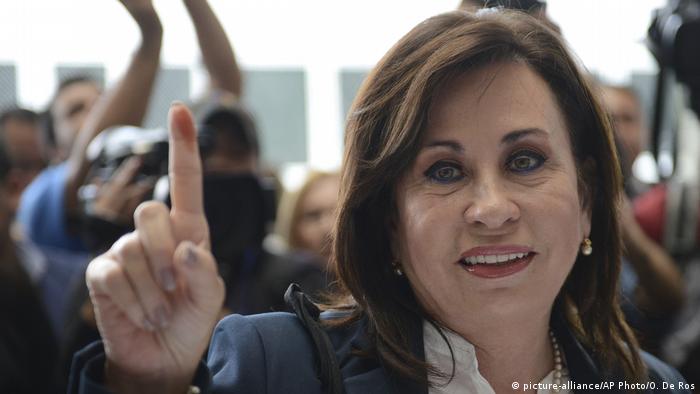 Sandra Torres has vowed to oppose abortion and same-sex marriage

Around 40,000 police were put on alert, while the military was deployed to safeguard key buildings across the country. Authorities had warned of possible outbreaks of violence in dozens of municipalities.

Guatemalans also voted in parliamentary and municipal elections. It is the first time that citizens living abroad are allowed to vote, with polling stations set up across the US, in Los Angeles, New York and Washington, DC.

Victims of Guatemala's civil war have decried a move to grant amnesty to war veterans and have demanded reparations. More than 200,000 people died in the conflict that ravaged the Central American nation for 36 years. (26.02.2019)

Digital activists in Guatemala are campaigning for a Wikipedia version of Kaqchikel, a Mayan language. The goal is to save the indigenous language from dying out. At a recent "Editathon" they wrote dozens of articles. (20.08.2018)

Elections in Brazil: Lula faces off against Bolsonaro 01.10.2022