A forgotten author, an underestimated novel, a lost world: von Rezzori's stories give readers an idea of how racism and nationalist delusion pulled Central Europe, with its vast cultural scope, into the abyss. 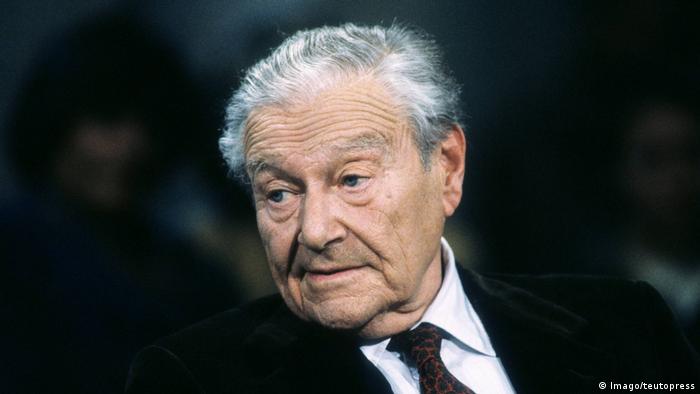 His left eyebrow quizzically raised, casually holding a cigarette between his fingers, Gregor von Rezzori peers from the 1959 New Year's edition of Spiegel news magazine, a writer at the height of his fame. His Tales of Maghrebinia had been on the bestseller lists for years by then. Critics were celebrating his most recent novel, An Ermine in Czernopol.

Maghrebinia was Rezzori's literary name for the multi-ethnic universe at the eastern outpost of the Habsburg Empire, where Romanians, Austrians, Germans, Ukrainians, Hungarians and Jews communicated in eight languages. Czernopol stood for his birthplace Chernivtsi, the urban center of this legendary world wiped out by war, escape, mass murder, destruction and Gleichschaltung, or enforced political conformity. Whatever was left after 1945 was absorbed into the domain of the Soviet Union. 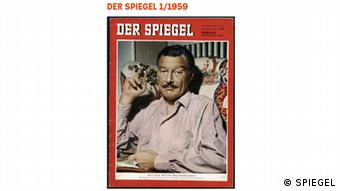 Gregor von Rezzori on the Spiegel cover in January 1959

Forgotten in Germany, recognized in the US

When Gregor von Rezzori died four decades later, buried under a small stone pyramid with the inscription "Czernopol," his passing was not worth more than a short obituary in Spiegel, including the remark that the"grand seigneur" had felt neglected by literary critics. Suddenly, the writer had become an almost forgotten "confabulator," his work a collection of "funny tales." Just as the actress Romy Schneider couldn't escape being identified with her signature movie role of "Sissi," Rezzori was defined by his "Maghrebian" anecdotes. It's either entertainment, or art — the Germans' typical narrow point of view.

Instead, a 1981 English translation in the US of Rezzori's novel Memoirs of an Anti-Semite, a collection of five fictional biographical stories that take place between Bucharest, Vienna, Chernivtsi and Berlin, brought the versatile writer the appreciation he deserved. The author had detailed knowledge of the basic social patterns of the years between the world wars, ranging from latent anti-Semitism to open hatred of Jews.

'Memoirs of an Anti-Semite' by Gregor von Rezzori

Sarcastically and elaborately, he exposed malevolence not among great villains as much as in the everyday, envious and fear-driven dullness of the Central European bourgeoisie. As part of this class, the first-person narrator repeatedly finds himself caught up in fierce conflicts.

"(…) Jews were simply people of another star — the star of David and Zion. It might be a shining star, but for us, unfortunately, it shone under the horizon. Therefore, falling in love with a Jewish girl could not be considered a pardonable perversion, like, for instance, that of a sodomite. It was the incomprehensible, a sudden gap in one's mind, worse than treason and breach of troth. I had good reason to be ashamed." 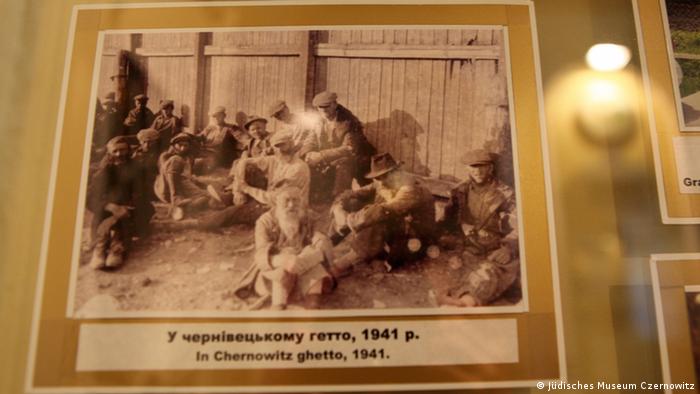 The Jewish ghetto in Czernivtsi

This passage is from Troth, the novel Gregor von Rezzori wrote in English in 1969 and that was well-received when published in the renowned magazine The New Yorker. In Germany, people didn't accept this difficult subject from an author found to be on the light-hearted side. However, literary scholar and polymath George Steiner considers Memoirs of an Anti-Semite to be one of the few books of German post-war literature that remains current. That is another reason why it is on our list.

Born 1914 in Chernivtsi in the Austro-Hungarian region of Bukovina, as a German-language author with Sicilian ancestors Gregor von Rezzori was a multilingual European cosmopolitan. Post-war literary Germany celebrated Rezzori primarily for his Tales of Maghrebinia, in which the author revived the lost world of Central Europe. Rezzori died in Italy in 1998.