Greenland gains control of natural resources after winning self-rule | Europe | News and current affairs from around the continent | DW | 19.06.2009

Greenland is set to wrest control of its vast natural resources from Copenhagen after almost 300 years under Danish rule this weekend. 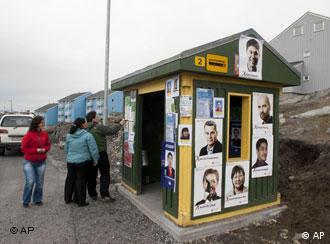 Greenlanders are preparing to go it (mostly) alone

The Arctic island faces a historic shift on Sunday when a new self-rule status takes effect, the product of a referendum last November in which just over 75 percent of Greenlanders voted to take back more powers from Denmark after years of negotiations.

Greenland's new Premier, Kuupik Kleist, will preside over the giant step when he and Denmark's Queen Margrethe II officially mark the expansion of "hjemmestyre" ("home rule") into "selvstyre" ("self- rule").

Under the self-rule agreement, Greenlanders will be recognized as a distinct people with the right to self-determination and Greenlandic will become the territory's official language.

"Greenlanders wish with all their heart to become independent one day and we can do it," said Lars-Emil Johansen, a member of the social democratic Siumut (Forward) party, who served as the head of the island's local government from 1991 to 1997.

Denmark granted Greenland limited sovereignty when its parliament approved home rule in 1979, but this new deal – which comes into effect on Greenland's national holiday and some three centuries after the first Danish ships landed – gives the island of 57,000 inhabitants more control over its natural resources such as oil, gas, gold and diamonds. Denmark will retain control of defense, foreign and monetary policy only.

The control of natural resources could be "sufficiently large to prop up the island's economy," said Lars Hovbakke Soerensen, a historian at the University of Aarhus and an expert on Greenlandic politics in an interview with AFP. 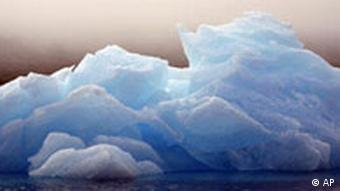 Greenland could profit from what lies beneath the surface

US scientists believe the island's northern tip is especially rich in oil and gas and they say global warming could actually help Greenland unlock this untapped wealth and provide a solid foundation for the economy.

Greenland, which holds 10 percent of the world's freshwater reserves, is one of the areas most under threat from global warming, which in turn will affect its lucrative fishing industry.

That will force political leaders to look underground in a bid to diversify the economy and cut back its reliance on its former colonial master for funding.

Greenland is set to gain more autonomy within Denmark after a strong majority of voters approved an enhanced self-rule plan. The vote is seen as a big step towards independence. (26.11.2008)

Greenland's indigeneous Inuits fear that the European Union's latest proposal to ban imports of seal skins could repeat one of the most crippling economic episodes in recent memory. (24.09.2008)

Germany's opposition parties attacked Chancellor Angela Merkel over her visit to Greenland. They said the trip was a PR gag that took the place of real action against climate change. (17.08.2007)