The Greens have soared in popularity this year, boosted by mounting support for the anti-nuclear movement. Now a key party official is eyeing Berlin's prestigious mayor's office. 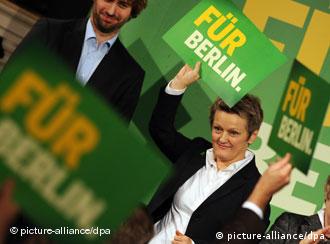 It's been a good year for the Greens in Germany

The party's popularity has been boosted by mounting public support for the anti-nuclear movement, which found united in opposition to Chancellor Angela Merkel's push to prolong the life span of the country's 17 nuclear power plants. In September, thousands of demonstrators took to the streets of Berlin to protest the legislation. 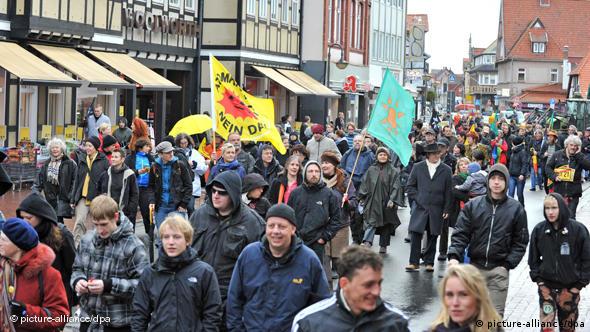 The Green party did not succeed in blocking the extension of the nuclear reactor lifespans, but that has not put a damper the party's ambitions.

The Greens' parliamentary group leader Renate Kuenast announced on Friday that she would run for mayor of Berlin, against incumbent Social Democratic Klaus Wowereit.

"I'm willing to be a candidate for the office of mayor," she announced, after recent surveys suggested the Greens might win about 30 percent of votes in the city, more than the Social Democrats' 22 percent and enough to claim the upper hand in a ruling coalition.

If elected, Kuenast would be the first member of the environmentalist party to hold one of Germany's 16 state premier posts.

The Berlin election is one of six state polls next year in which Merkel's Christian Democratic Union stands to loose votes. The Greens are also poised to take the southern state of Baden-Wuerttemberg, where a their support there is at 32 per cent, giving the state Greens leader, Winfried Kretschmann, hope he may be the next premier.

Good German is required to get German citizenship. One lawmaker says it's time to do long-term immigrants a favor and loosen up that rule. (29.10.2010)