'Greece's problem is lack of demand, not skills'

Until very recently, Rania Antonopoulos was an economics professor in New York. Now as the new Greek deputy minister of labor, her mission is to figure out how to re-employ Greece's unemployed - and how to pay for it. 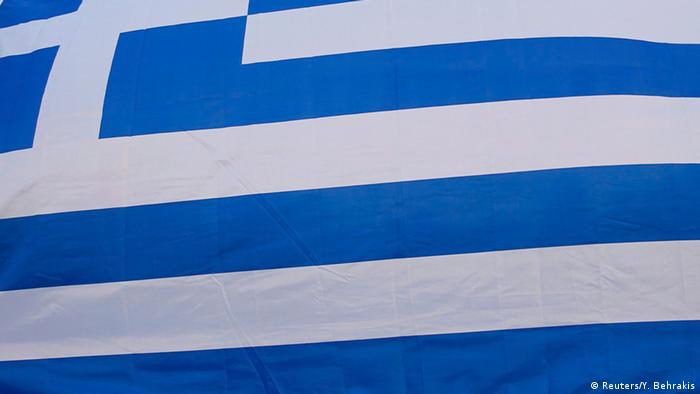 DW: Dr. Antonopoulos, a few months ago, you were a professor of economics at the Levy Institute in New York State. Now you're Greece's alternate minister of labor. How are you going to approach the country's huge unemployment problem?

Rania Antonopoulos: I've been working on a "job guarantee" concept since 2006. It's intended to give any unemployed person who asks a publicly funded job at minimum wage if they are unable to find work in the private sector. In 2011-12, I worked with the Greek labor ministry on a small-scale trial project. Now Syriza has announced it will try to create 300,000 jobs, to help deal with Greece's humanitarian crisis.

Isn't the number of unemployed in Greece much greater than that?

Yes, there are about 1.3 million unemployed in Greece. In fact, only one-third of the population is working; two-thirds are dependents of that one-third. This has many worrying implications for living standards, financing pension plans and so on.

But the results of our pilot project from 2012 showed that not all of the unemployed would be willing to accept minimum-wage jobs, because they have alternatives they prefer, like family support or savings. However, probably more than 500,000 people would accept such jobs if they were available, and we would like to have a program open to anyone who applies, but the financing is difficult.

How do you intend to finance this program, given Greece's budget problems?

We think we can reach about 800 million euros per year from the European Social Funds. In addition, we're working with municipalities to try to identify additional funds. But it isn't enough yet.

We're expecting government tax revenues to increase quite rapidly in the next six months, through capturing illegal activities, especially in oil and cigarettes. We'll help people in the informal economy to enter the formal economy, by making it much easier and cheaper to register businesses. In the past, the fees were exorbitant. 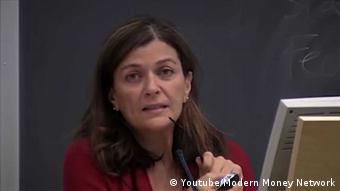 The problem with the existing programs is that they focus on reskilling. They offer a maximum of two months or 80 hours of pay support, with the intention of helping people get some initial work experience.

But the main problem in Greece is lack of aggregate demand and consequent lack of jobs, not lack of skills. In fact, large numbers of highly qualified professionals have been leaving the country. And 80 hours isn't enough to learn a new professional skill anyway. Also, the agencies managing the retraining programs ate up 75 percent of the available budget. Only 25 percent went to the unemployed as wages.

What kind of jobs do you envision creating?

We'll work with local communities and initiatives to identify socially useful jobs. A key aim is to match people's existing skills with socially needed tasks. We also want to stimulate economic activities that move in the direction of the new government's development priorities.

Those priorities include renewable energy and sustainable fisheries, cooperative structures for locally produced food, organic farming… Plenty of initiatives have sprung up, but they need some support. The unemployed people trying to make them happen would be very happy to have wage support until they become sustainable independent businesses.

Are there any precedents for a job guarantee program like the one you are planning for Greece?

India has a rural employment guarantee program that offers jobs at a predictable wage for five months a year. That has forced private employers of informal workers to pay higher wages. What they used to pay the rural poor was much lower than the minimum India's rural job guarantee offers.

Has the EU been supportive of your proposals?

Former EU Commissioner Laszlo Andor was, a year ago, in complete agreement, on public record, that a special EU fund should be established immediately to fight unemployment in Europe for countries with unemployment over 20 percent. That makes just a few countries eligible: Spain, Greece, and some Eastern European countries.

Rania Antonopoulos is deputy minister of labor in Greece's coalition government, and is a member of the left-wing anti-austerity Syriza movement. She was previously director of the Gender Equality and the Economy program at Bard College's Levy Institute in Annandale, New York. She holds a Ph.D. in economics from the New School for Social Research.

Despite the eurozone's accepting a four-month extension to Greece's bailout program, the plan still must be passed by key European parliaments. Greece's toughest critic, Germany, could prove the hardest challenge. (25.02.2015)

A leading German economist has urged Athens to scrap its bailout deal and stop using the euro as lawmakers in Berlin gear up for a vote later this week aimed at keeping Greece in the common currency bloc. (25.02.2015)

Greece is on the right path, says Brussels economic expert Guntram Wolff - even if it's painful. But he warns that there could still be a "big bang" with more trouble ahead. (24.02.2015)