A leading German economist has urged Athens to scrap its bailout deal and stop using the euro as lawmakers in Berlin gear up for a vote later this week aimed at keeping Greece in the common currency bloc. 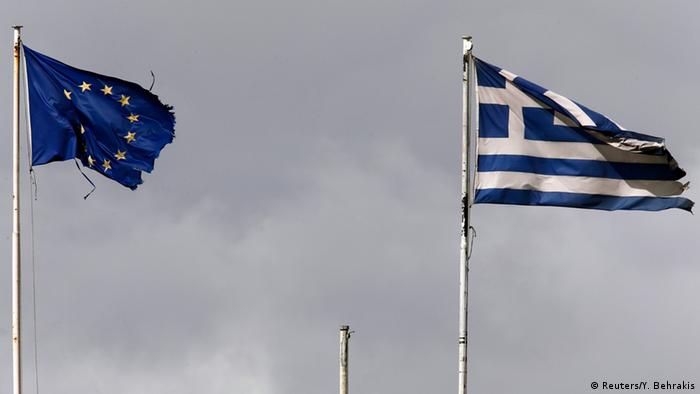 For at least one German economist, Greece's failure to make good on its debts is a foregone conclusion.

"The country is bankrupt. We have to face the truth," Hans-Werner Sinn, the president of a prominent Munich-based think tank, said in an interview with DW on Wednesday.

The prospect of Athens not making good on its debts is an unsavory one in Berlin, where lawmakers are gearing up for a vote later this week aimed at extending Greece's bailout and keeping the heavily indebted country in the eurozone.

Then again, economists have always been able to voice uncomfortable truths that politicians cannot.

Germany's exposure to Greek debt has put elected officials here who advocated for a bailout in a precarious spot. Failing to recover Greek arrears in full could indeed cost votes as most Germans remain skeptical of an extension for Greece.

In fact, a recent survey by INSA pollsters showed that only 21 percent were in favor.

Berlin wants its money back

But that hasn't stopped Chancellor Angela Merkel and Finance Minister Wolfgang Schäuble from lobbying lawmakers this week to approve an extension of Greece's 240-billion-euro ($270-billion at current rates) rescue package. A vote in the Bundestag is expected on Friday, a day before that bailout is due to expire.

The German government sees repayment of its loans to Athens as hinging on keeping Greece solvent and within the eurozone.

Sinn, however, said Athens had defaulted once before and loaning it more money now would only postpone the inevitable from happening again.

"The money's gone," he said. "The illusion that it could be recovered by increasing the amount, by piling on more loans, is ludicrous."

On Wednesday, Sinn's Ifo Institute in Munich released figures stating Germany stood to lose 78.8 billion euros if Greece were unable to repay its debts and left the eurozone. It said that outcome would be only slightly less expensive than the 79.7 billion euros it would cost Europe's largest economy if an insolvent Greece kept using the common currency. 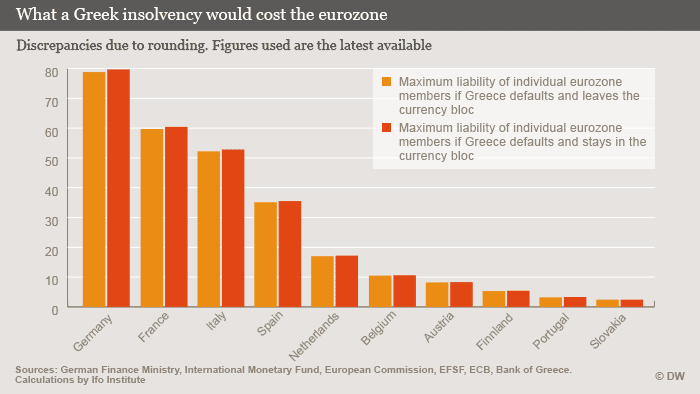 'Not enough to give debt relief'

Instead, Sinn urged Athens to scrap its bailout deal and go back to using a devalued drachma, Greece's former currency.

A return to the drachma would be the fastest and most reliable way for the indebted country to kick-start its flagging economy and become competitive again, he said.

"It's not enough to just give debt relief," Sinn said. "The country has to be made competitive and this is only possible by exiting [the euro]."

Virtually overnight, price tags would need to be swapped out, work contracts rewritten and account balances converted. A return to the drachma would also drive up the price of imports. As the cost of foreign goods rose, Greeks would theoretically be more inclined to buy locally, stimulating businesses and leading to job growth.

A weak currency would also buoy the country's tourism industry and it could entice wealthy Greeks to repatriate money they had invested elsewhere.

But the debate over a Greek exit from the eurozone, colloquially referred to as a "Grexit," has drawn speculation over the future of the currency bloc and the repercussions if a member were to leave.

Some see such a move as setting an impossible precedent, while others view it as a chance for weaker countries to devalue their currencies and become more competitive before returning to the currency bloc.

Greece's international lenders have made it clear that Athens' most recent reform commitments are not concrete enough to go unchanged. But they have accepted them as a starting point for more talks to come. (24.02.2015)