The new Greek foreign minister, Nikos Kotzias, is regarded as a brilliant strategist with very distinct views on foreign policy. The non-partisan professor is also well-acquainted with Germany. 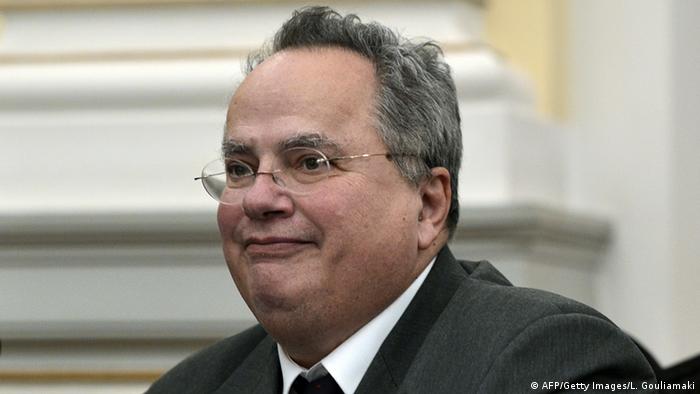 Nikos Kotzias stands for a key, albeit little known, chapter in the history of German-Greek friendship: like many of his fellow countrymen, the leftist activist found refuge in Germany during the Greek military dictatorship (1967-1974), which allowed him to duck an arrest warrant by an Athens military tribunal.

A university student in the city of Giessen, Kotzias opposed the military junta in his native Greece from his German exile and was also active in a Greek student association in West Berlin. He taught at Marburg University, and later moved on to Piraeus University, where he has been teaching political theory since 2007. Kotzias and his German counterpart Frank-Walter Steinmeier actually lived in the same street in Giessen during their student days, says the Athens daily Ta Nea, although they never met.

Greece's new chief diplomat is considered to know Germany well, but is also seen as a critic. The title of his new book is telling: Greece, colony of debt. European Empire and German Primacy. 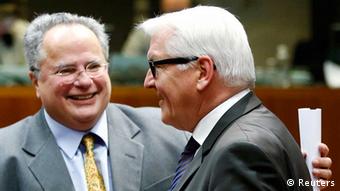 In Giessen, Kotzias and Steinmeier were neighbors

Nikos Kotzias launched his political career in the Greek Communist Party (KKE) - one of the last remaining strongholds of orthodox communism in Europe.

He was a founding member of the communist KNE youth organization, and the Nikos Poulantzas leftist think tank, which was named after a Franco-Greek, Marxist-oriented sociologist and political philosopher. The KKE, founded in 1918, is regarded as the oldest Greek party, but it wasn't legalized until 1974, after seven years of military dictatorship ended. The party perceives itself as the caretaker of left-wing ideology. Today's KKE communists adamantly refuse to enter a coalition with Greece's new governing party, Syriza, even deriding the radical left-wing group as "capitalism's last resource."

Kotzias played no small part in stabilizing the KKE's ideological base - in the 1970s, he was even nicknamed "Suslow", a reference to a former Soviet communist chief ideologist. In 1981, Kotzias caused a stir when he endorsed General Wojciech Jaruzelski's military coup in Poland.

Just a few years later, however, he abruptly broke with the party.

In 1989, a KKE majority decided to enter into a historically unique coalition with the conservatives as a means to bring then Prime Minister Andreas Papandreou to trial for corruption. In protest to what they perceived as an "unholy alliance", Kotzias and others declared their exit from the party, and formed a new leftist group. 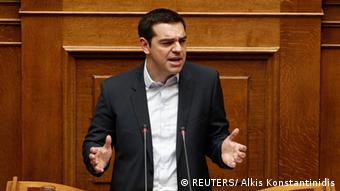 Tsipras is also scheduled to head to Moscow

From 1993, Kotzias served in the foreign ministry. As an adviser to Foreign Minister Giorgos Papandreou, Kotzias was also responsible for the 2002 Helsinki agreement that regulated Turkey's candidacy status for EU membership and - from a Greek point of view – paved the way for Cyprus's accession in 2004, the Athens weekly To Vima said. Turkey's step-by-step approach of confidence-building measures is also said to base on a concept by the Greek foreign policy expert, the paper wrote - and "it could be revived over the next few years."

The newly appointed Greek chief diplomat is the author of 24 books and scientific papers.

His relationship with Russia remains unclear. At the government's inauguration last month, Kotzias protested against tightened sanctions against Russia in connection with the Ukraine conflict, which gave the impression that Greece was veering away from the alliance of EU states. Athens objected, explaining that the protest was merely directed at the procedure.

Greece clearly plans to stay in contact with Russia: Kotzias is scheduled to hold talks with his Russian colleague on Wednesday (11.02.2015) in Moscow. Prime Minister Alexis Tsipras has also received an invitation to the Russian capital.

Prime Minister Alexis Tsipras' uncompromising stance has taken Greece into uncharted territory. But many Greeks are happy that someone is finally standing up to the eurozone. Joanna Kakissis reports from Athens. (09.02.2015)