The approval came in a meeting of senior Greek military and government officials led by Prime Minister Alexis Tsipras. The F-16s are often scrambled to confront Turkish planes over disputed air space in the Aegean. 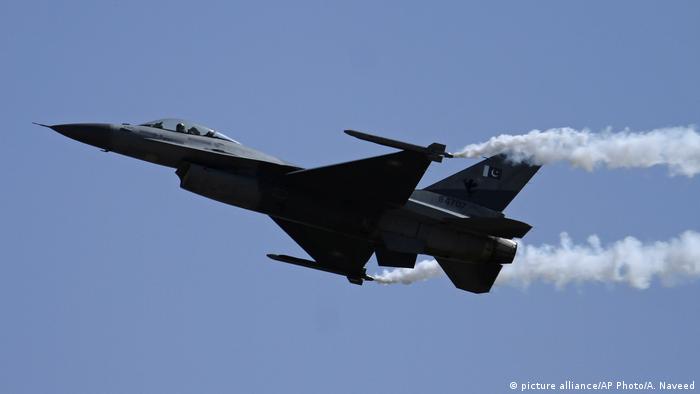 The plan to upgrade more than half of the Greek F-16 fighter jet fleet was approved during a special meeting of the government's Council on Foreign Policy and Defense (KYSEA) chaired by Prime Minister Alexis Tsipras at the weekend, the PM's office said.

"The council unanimously approved the implementation of the 85-plane upgrade program," according to Tsipras' office.

Greece has 150 F-16 jets, some of which are nearly 30 years old. The upgraded planes will have capabilities similar to the much more advanced F-35 fighters, minus stealth technology.

The deal was originally announced last October during Tsipras' visit to Washington. But he quickly came under fire over the price tag, estimated then at $2.4 billion over 10 years. According to Defense Minister Panos Kammenos, the US had accepted a revised proposal, taking into account Greece's situation as it works through bailouts from the EU and the International Monetary Fund.

The upgrade is expected to run until 2028, with a $146 million cap on annual payments through 2021, due to Greece's bailout obligations.

The US ambassador to Greece, Geoffrey Pyatt, welcomed the announcement via Twitter:

Engagements over the Aegean

The first plane could be delivered as early as 2020, with much of the work being undertaken by EAV, a Greek state defense contractor, the daily Greek newspaper Ta Nea reported.

Greek officials have attributed Turkey's rhetoric to presidential and parliamentary elections being held in June.

Due to the ongoing tensions with Turkey, Greece is one of the few NATO countries that meets the alliance's requirement for military spending. Athens allots more than 2 percent of its gross domestic product (GDP) for defense.