In Greece, time is running out for Athens to implement more austerity in exchange for the next tranche of 31.5 billion euros in bailout money. Unions are outraged about plans to slash the size of the state bureaucracy. 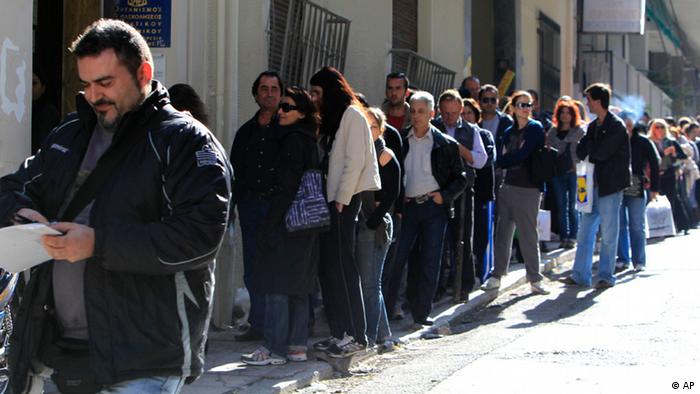 Civil servants and municipal employees laid down their work on Monday, in order to protest against plans to slash the state bureaucracy and forcibly relocate public servants. The strikes mainly took place at the local level, among garbage collectors for example. Kindergartens were even occupied by unions in order to prevent teachers from coming to work.

Themis Balasopoulos, the head of the municipal workers' union, defended the hard-line approach of organized labor on Greek television. 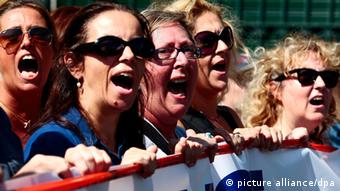 Civil servants' unions claim there is actually a staff shortage

"The government has to this day not once sought to determine the exact number of people employed by the municipalities," Balasopoulos said. "They don't know which personnel are needed or not needed, and despite that they still want to cut at least 3,000 jobs this year. That violates the current law of the land."

Greecemade a serious attempt to reduce the number of state employees once before. In 2010, the governing socialists at that time announced a "labor reserve" for public sector employees. Superfluous personnel would first receive reduced wages for a year and then could be either fired or forcibly relocated if necessary.

Department heads in government ministries and the boards of state-run companies were asked to compile and submit lists of "expendable" employees. Their answer to this request was astounding: according to most of the department heads and company boards, there are no expendable employees; in fact, they said, there is an acute personnel shortage.

In order to avoid resistance, conservative prime minister Antonis Samaras has taken a different approach to shrinking the state bureaucracy. Samaras plans to target public sector employees with unlimited contracts who lack a higher education or civil servant status. He wants to send many of them into the labor reserve immediately without regard for their individual circumstances. 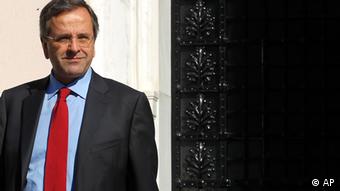 According to the interior ministry, employees sent into the labor reserve will not be fired, but sent into early retirement or forcibly relocated. But the spokeswoman for the civil service union ADEDY, Tania Karagianni, doesn't trust the interior ministry's promise. In reality, their approach boils down to "layoffs in installments," but they are trying to keep it quiet, Karagianni complained on television broadcaster Skai.

"Whoever studies the actual text of the law and can read between the lines knows immediately that the government has layoffs in mind," she said. Everyone already knows that the Troika - the European Commission, The European Central Bank (ECB), and the International Monetary Fund (IMF) - have demanded public sector cuts from Athens, she continued, adding that it sounds dishonest for the responsible minister to say that there won't be any layoffs, just forced relocations.

"Relocations are possible under the current civil service laws; in this case there's no need for a new law or a labor reserve," Karagianni said.

Giorgos Bitros, an economics professor at the University of Athens, sees the situation differently. According to Bitros, the unions' statistics are wrong. The professor believes economic reason demands that the overinflated state administration be drastically reduced.

"Our research has shown that an employee in the private sector contributes 17,000 euros more per year to Greece's gross domestic product (GDP) than a public sector employee," Bitros said on Skai television.

He argued that the Greek state will have to part with 200,000 employees. If these reductions had been implemented in 2011, as originally intended, then the recession would already be water under the bridge. But instead, said Bitros, the Greek economy continues to shrink because the reform measures which have so far been implemented have been at the cost of the private sector.

European countries are pushing for additional credit lines and guarantees. The IMF is opposed to any debt extensions. Now many emerging countries remember the harsh conditions they endured in the past. (17.11.2012)

The head of Germany's central bank has said he wouldn't categorically rule out further debt 'haircuts' for Greece. While agreeing that now is not the time to do that, he thinks it is probably inevitable at some point. (16.11.2012)

Eurogroup ministers split on next step for Greece

Eurozone finance ministers have not reached an agreement on the next tranche of bailout funds for Greece. The group is also split on whether or not to give the debt-ridden country an extended deadline for budget cuts. (13.11.2012)