Greece is struggling to combat tax evasion and corruption. Last summer, the tax debts reached a record level of 45 billion euros. But so far, the state has recovered just 19 million euros of this debt. 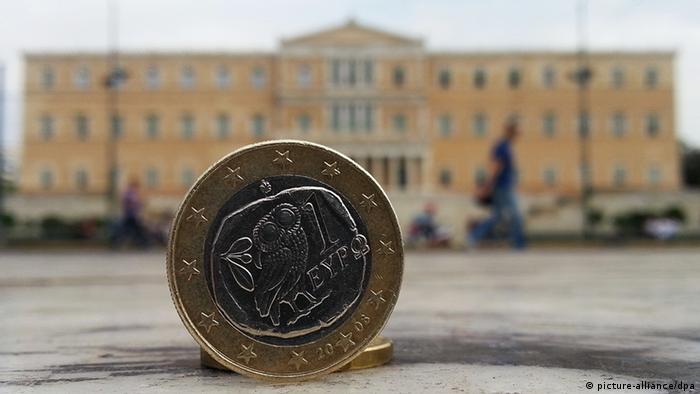 A lot has happened over the past few years: The Greek tax system was upgraded, and from 2010 to 2012 fines of over 12 billion euros ($15.6 billion) were imposed. Dozens of public figures and even a former cabinet minister have been arrested for tax fraud or corruption, and jailed accordingly. Just a few years ago, all this would have all been inconceivable. 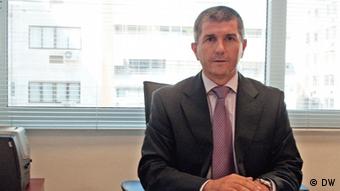 But even officials at the tax office are struggling against the viscous cycle of debt and recession, according to Antonis Mouzakis, a tax expert and adviser to the Greek trade association. The country's tax revenue has been significantly lower in the past five years as Greece has been stuck in a deep recession.

"Since 2008, most companies have seen declining revenues or even fallen into negative territory," Mouzakis said. "That's one of the reasons they simply cannot pay any more tax liabilities."

The tax burden has also increased in recent years, especially for small businesses. "Anyone who is faced with the dilemma of either paying tax debts or providing for their family, rarely decides in favor of paying their taxes," Mouzakis said.

A brief glance at the list of the biggest tax evaders appears to confirm. Many of those in debt were once successful businesses that have since filed for bankruptcy, which leaves the state with a slim chance of collecting back taxes.

But the recession isn't the only explanation for the stagnant public revenues since even before the crisis many were people were in the bad books with the tax system. Mouzakis said the reasons for this ranged from outdated structures to understaffing in administration.

"Because pension cuts have been discussed as part of future pension reforms, an increasing number of experienced finance officers have taken early retirement to secure their pensions," the Athens-based tax accountant said.

As veteran officials retire, they have only been partially replaced by mainly younger staff who don't have the necessary experience. Greece has more than 100,000 suspicious foreign transfers, together with countless regular tax procedures and penal procedures, but only 1000 tax workers in the country to do the work. 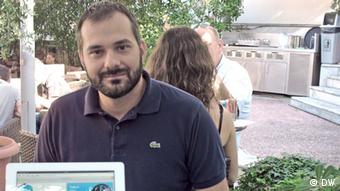 There are currently several lists marking the names or account numbers of alleged tax evaders, otherwise known as the "list of shame." There's also a list of Greek account holders in Switzerland, which the former Finance Minister Giorgos Papakonstantinou was given in 2010 by his French counterpart and the current IMF chief Christine Lagarde. In another list, are the names of more than 30 politicians who are suspected of unjust enrichment, a crime of enriching oneself at the expense of another. Moreover, due to the financial crisis, wealthy Greeks invested their billions of euros in London real estate.

While it is unclear if there's validity in these assumptions, it's important to clear any suspicious activity so Greeks can feel that the state is serious about fighting tax evasion, Mouzakis said, adding that, ultimately, a functioning tax system is also a matter of opinion: "In our country, many people say: 'Why should I pay for the state?' But the state is also who we are."

A state can only provide public services if the people pay taxes, but many people see this as a vicious cycle said Mouzakis pointing to two examples: "People often have to pay bribes to receive treatment in a state hospital. If children want to receive a good grade when graduating from school, the have to pay extra for private tuition. This is the way it goes, and at some point, you can imagine why people think: Why pay taxes?"

Corruption was an enabler for tax evasion, said programmer Makis Antypas, an activist for transparency and tax fairness. Antypas is one of the volunteers who manage www.teleiakaipavla.gr, where people can report their encounters with matters relating to bribery and corruption. The idea originated from the well-known computer science professor Diomidis Spinellis, who also worked as head of the tax investigation unit.

"Anyone can contact us and make their complaint anonymously, but the accused also remains anonymous because we don't want to denounce anyone," Antypas said. "We want to know is in which hospital or office bribes are being paid."

The website is only 1-month-old and has already registered more than 70,000 users. The IT group is currently working to design an app that should make the life of tax evaders and corruption even harder.

"What we have in mind, is an application which enables people to report corruption directly from their smart phone," Antypas said, adding that users would then be able to check the app on their phones to see if a particular authority has been involved in a corruption case.

"The next step for us is to focus on tax evasion," Antypas said.

Given tight budgets, the Greek tax authorities might not wait that long. According to Greek media reports, the government supposedly dismissed all tax officials in senior positions and replaced them with new ones.

Encouragement but no commitment for Athens

Angela Merkel on Tuesday visited Athens in a visit hailed for its symbolic significance. Though the German chancellor expressed her support for Greece, she did not make the promises that some had hoped for. (10.10.2012)