Greece cracks down on undocumented migrants

Greek authorities detained undocumented immigrants in the capital over the weekend. The move signals the beginning of an effort to free up jobs and resources for the crisis-stricken country. 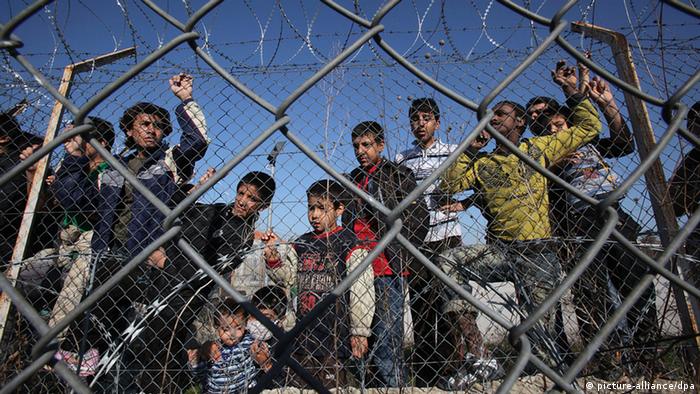 Police reportedly carried out mass arrests of undocumented immigrants in Athens over the weekend. A large police force rounded up nearly 5,000 people and, of those, detained about 1,130, according to the news agency AFP.

"We must send the message that Greece cannot afford work and hospitality", police spokesman Christos Manouras told AFP, referring to the alleged drain immigrants have on Greece's struggling economy.

Immigrants from Asia and Africa have long used Greece as a gateway into EU countries.

Police forces in north-east Greece, close to the Turkish border, also carried out a roundup on a similar scale.

Greek Public Order Minister Nikos Dendias said on the radio that the operation was not a temporary measure and would continue.

Last Wednesday, Manouras said 1,800 police officers were being redeployed to guard the border with Turkey, including the frontier river Evros, partly out of concern about a potential influx of refugees from Syria. 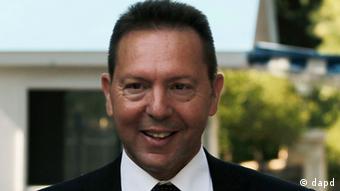 Stournaras says Greece will have to make "major sacrifices" to survive

The weekend crackdown on would-be immigrants coincided with talks between Greece's government and its international lenders, the troika, which arrived in late July to assess the country's eligibility for more aid.

The so-called troika refers to the Greece's three lenders: the European Commission, the European Central Bank, and the International Monetary Fund.

The entity announced the completion of its mission to Athens on Sunday, saying that its talks with Greek official had been 'productive' and that their teams were due to return to Athens in early September.

Greece's finance minister Yannis Stournaras the Greek newspaper Ethnos: "The country is committed to implementing a series of measures and reforms to revive the economy and permanently remove the threat of bankruptcy."

He acknowledged that Greeks had had to endure "major sacrifices" as its new coalition government, which was elected in June, imposes cuts in pay, pensions and welfare.

Greece faces a daunting month as it must prove to the troika that it should receive more bailout money. In particular, the government has to show that it can cut 11.5 billion euros ($14.25 billion) from its 2013-2014 budget.

Next month, the troika is to announce whether Greece will receive the next instalment of 31.5 billion euros ($39 billion) from its second bailout worth 130 billion euros ($161 billion).