The Greek government has started an auction of five-year sovereign bonds. The measure serves as a test run in preparation for the debt-ridden nation's return to capital markets. Major banks are handling the sale. 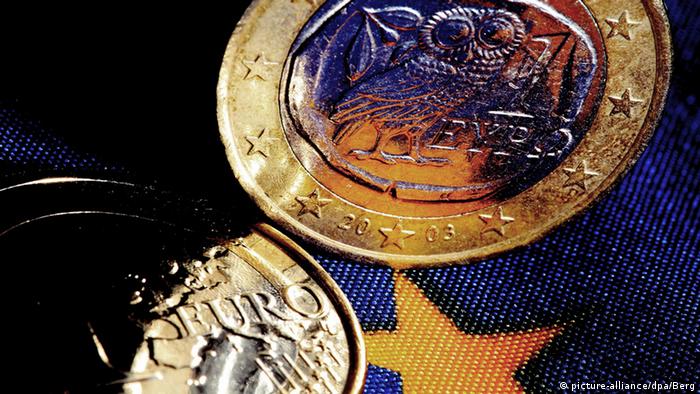 Greece is trying its first return to the debt markets in three years on Tuesday, testing the waters to see if it can begin to wean itself off bailout loans from international lenders after tough reforms.

The auction of the five-year government bond is being overseen by a consortium of leading bankers from BNP Paribas, Citigroup, Deutsche Bank, Goldman Sachs, HSBC and Merrill Lynch. They said the bond was drawing in enough demand to cut the likely return to investors.

At the end of the day, Greece's first attempt to finance itself on bond markets since 2014 raised 3 billion euros ($3.5 billion) from investors attracted by a high rate of return, in an encouraging sign that the country will be able to smoothly exit its bailout era next year.

The left-led government said the bond issue, which will mature in 2022, was more than twice over-subscribed, with the yield set at 4.62 percent - showing slightly improved investor confidence since the 2014 issue, where the yield was 4.95 percent.

The current bond auction is seen as an important, symbolic step for Athens to lure back investors, and it's the first time since the new Greek government was formed in 2015 that such a measure had been taken, the Greek Finance Ministry confirmed.

As long as Greece is supported by credit from the international bailout program, which runs until summer 2018, it will not be forced to depend on private finance.

Earlier this month, eurozone finance ministers approved the latest 8.5-billion-euro disbursement of the current bailout package, just in time for Athens to meet the deadline for major debt repayments.

The southern eurozone nation wants to stand on its own feet financially next year which requires that it can independently get money via capital markets.

In a sign that Greece is finally turning the corner, its economy is projected to grow by 2.1 percent this year, after no expansion at all in 2016.