Greece anxious about tourism this year | Europe| News and current affairs from around the continent | DW | 28.05.2015

Greece anxious about tourism this year

Greece was hoping to set a record in tourist numbers this summer, but the turbulent debt crisis has clouded the forecast. Recent disputes over billions in loans for the country are having a negative impact on tourism. 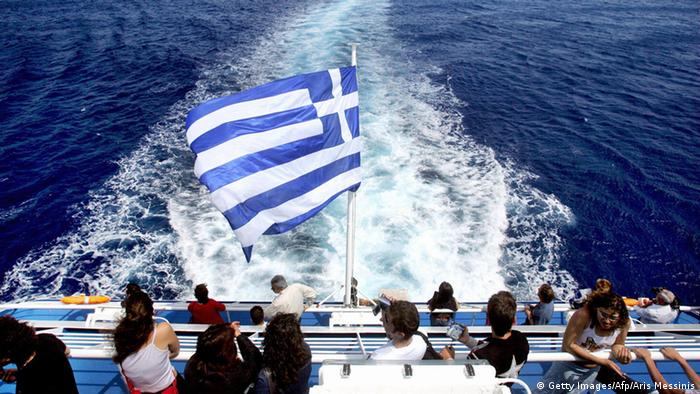 The year 2014 saw more tourists than ever before in Greece: The crisis-ridden country was pleased about the record high of 24 million visitors in 2014. The tourism sector created 50,000 new jobs in Hellas and gave the weakened economy a small boost after six consecutive years of recession.

Furthermore, the flourishing business generated a surplus in the country's current account balance for the first time since 1948. The Greeks were hoping to exceed last year's record and reach the 25 million mark in 2015. In recent months, German tour operators have actually been marketing the Mediterranean nation as a top destination for the summer.

But the outlook has now been clouded by the ongoing dispute over the billion-euro loans for the highly indebted country, points out Andreas Andreadis, head of the Greek Tourism Confederation (SETE). 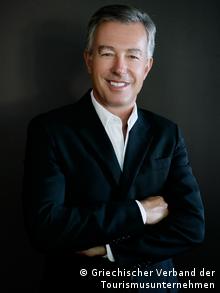 Andreas Andreadis is pessimistic about this year's tourist season in Greece

"We've been receiving reports of a decline in bookings, especially from Germany," says the tourism manager to DW.

Andreadis quotes the latest statistics from the German Society for Consumer Research (GfK): Bookings in Germany have declined by 2 percent based on annual figures. Economic instability is damaging the tourist sector so Greece cannot realize its full potential as a top European travel destination. Nonetheless, the Mediterranean nation is still popular with British tourists, thanks to favorable exchange rates, says the head of SETE.

Troubles due to VAT hike

Speculation over raising the sales tax has caused confusion in the tourism sector. The country's international lenders have allegedly demanded the tax hike to plug holes in the Greek budget. Statements appear contradictory: sometimes the government is considering a VAT increase for the luxury travel market on the Greek islands and sometimes it denies such rumors. There is also talk of a higher sales tax on luxury accommodations, possibly even this summer.

Of course, the tourist sector also has to help quickly resolve the crisis, says Andreadis. He also warns that the VAT in Greece should not be higher than in countries that are direct competitors in tourism. "Italy, Spain and France have a tourist VAT of 10 percent; Turkey and Cyprus even less – not to mention the Canary Islands where there is no VAT. If we increase the VAT to 13 or 14 per cent, then we would practically go out of business," warns Andreadis. The Association of Fast Food Outlets would even like to see a lower sales tax.

Over 6,000 small snack bars and restaurants have gone out of business after the previous government increased taxes in 2011, laments the head of the association, Thanassis Papanikolaou in the Athenian newspaper "Kathimerini". He claims 40,000 people lost their jobs in the sector because of the tax hike.

Grexit: a hard blow to the industry

Andreadis is very touchy when asked if a return to the drachma would make the Greek tourist industry more competitive.

"A Grexit would not alleviate the crisis; quite the contrary, it would be a hard blow for us," the tourism manager said. For Andreadis, "vacations in Greece" ultimately mean that Greeks and tourists meet and get to know each other. He thinks Greece should think less about pricing and more about quality as a way of competing with other travel destinations. Andreadis does not think it makes sense to set up "tourist ghettos" for wealthy people in an impoverished nation.

A new two-euro coin to commemorate the 30th anniversary of the European Union's flag will show a design by a Greek engraver. But the coin may last longer than Greece's membership in the euro zone. (28.05.2015)

Greece's government has said it is starting to draft an agreement with creditors that would unlock another bailout installment for the cash-strapped country. But European officials quickly dismissed the reports. (27.05.2015)

Greece warns it has 'no money' to make IMF debt repayments

Greece says it cannot make debt repayments to the IMF due next month without more aid from its foreign lenders. Athens defaulting on its debt could mean a Greek exit from the single currency eurozone. (24.05.2015)