Unknown perpetrators opened the unmarked grave of senior SS officer Reinhard Heydrich, one of the main architects of the Holocaust, in Berlin. According to preliminary information, nothing was removed, police said. 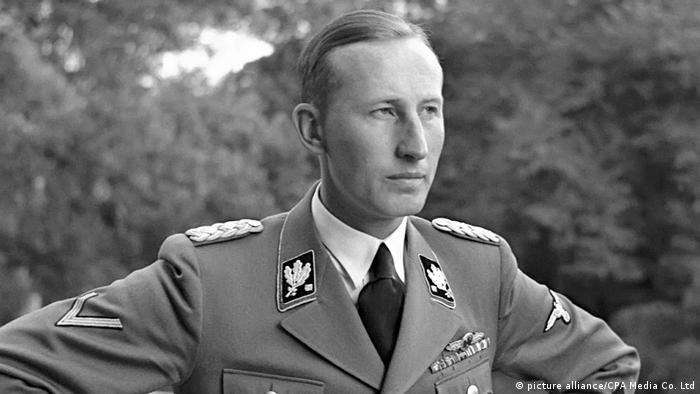 German police were looking for suspects after the Berlin grave of high-ranking Nazi Reinhard Heydrich was opened, German media reported on Sunday.

Heydrich was also one of architects of the genocide the Nazis committed against Jewish people.

He had been tasked with finding "a final solution to the Jewish question" by Hermann Göring, another top aide of Nazi leader Adolf Hitler.

Hitler dubbed Heydrich "the Man with the Iron Heart." Other names attributed to him include "the Butcher," "the Hangman" and "Himmler's Evil Genius." Some speculated that Heydrich, who was 15 years younger than Hitler, aspired to one day lead Nazi Germany. This possibility was explored in works of speculative fiction such as Robert Harris' Fatherland and Philip K. Dick's The Man in the High Castle.

In early 1942, Heydrich chaired the top-secret Wannsee conference in Berlin, which finalized Nazi Holocaust plans. In May of the same year, he was attacked by a British-trained team of Czech and Slovak operatives and eventually died in Berlin in June. He was buried with top honors.

No gravestones for senior Nazis

After the Allied forces won the war and occupied Berlin in 1945, they removed markings from the graves of all major Nazi leaders to prevent them from being used as rallying points for Nazi sympathizers. Heydrich's grave is also currently unmarked.

An employee of Berlin's Invalids' Cemetery discovered that the grave had been opened this Thursday, police told the mass-circulation Bild. Police have opened an investigation over grave defilement.

Early findings indicate that "nothing was removed" from the grave, a police source was quoted as saying by the daily Tagesspiegel.

While the motive for the opening of Heydrich's grave was not immediately clear, a similar case in the year 2000 saw left-wing extremists open the alleged grave of Horst Wessel, Berlin leader of Nazi SA Storm Troopers. The left-wing group said they had taken out Wessel's skull and thrown it into the Spree River after neo-Nazis started gathering at his grave.

The police, however, denied that any remains were removed and claimed that the grave was actually the resting place of Wessel's father and not his son.