Gordon Brown, the Next Man in Number 10

As chancellor of the exchequer, Gordon Brown has been the second most powerful man in British politics for more than a decade. He's now set to move into Number 10 -- considerably later than most people expected. 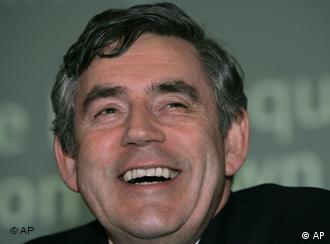 Gordon Brown finally has something to laugh about

James "Gordon" Brown doesn't immediately strike you as a 21st century center-left politician. He lacks the charm and camera-friendly nature of former US President Bill Clinton and his long-standing colleague Tony Blair.

But Blair is often accused of being all style and no substance, which is also a charge which the retiring prime minister often levels at the leader of the UK opposition: Conservative leader David Cameron.

Brown, on the other hand, has never been part of this new generation of smooth-talking, well-groomed politicians. If anything, with his rumpled suit, rotund physique and unruly thatch of hair, he is probably all substance and no style.

"Brown is more old, traditional Labour rather than the new trendy Blairite Labour," said one voter.

"Blair's become very, very slick," said another. "Whereas Gordon Brown's still got the raw roots political blood in him, which you don't see with Blair any more." 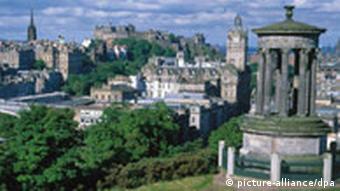 Brown's father, John, was a Scottish Presbyterian minister. Brown is deeply religious himself, but also supports secular democracy and hardly ever discusses his religious beliefs.

However, his faith does indirectly show its face in his policy decisions. He is committed to combating world poverty and famed for his charitable endeavors. Once, in a critique of European agricultural subsidies, Brown famously quipped, "We spend more on cows than the poor."

His altruism is also reflected in a decade of gradually increasing taxation and public spending with Brown in control of the purse strings. Critics wonder if he is in fact too charitable and trusting -- whether he will overtax as party leader and drive voters away.

At school he was extremely successful, gaining entry to the University of Edinburgh aged just 16. Brown completed a doctorate in history, writing his PhD thesis on his beloved Labour party. He also carries one significant scar from his university days: Because of a detached retina, possibly from a university rugby match, he is blind in his left eye. Brown will be only the second university-educated prime minister not to have attended either Oxford or Cambridge, Britain's two premier universities.

After brief careers as a lecturer and then a journalist, both while still working in his native Scotland, Brown turned to politics. By 1983 he had a seat in British parliament, elected as Labour MP for Dunfermline East. His colleagues offer very mixed feedback. He tends to surround himself with smaller groups of trusted colleagues and shut out others -- Labour politicians sometimes raise fears that Brown will not take advice from all quarters, and may have to struggle to keep the party united. 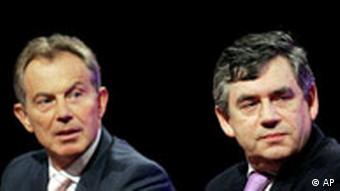 Brown married his long-time girlfriend Sarah Macauley in 2000. Their first child, Jennifer Jane, was born prematurely and lived only 12 days. They now have two sons, John aged 3, and baby James Fraser, who has been diagnosed with cystic fibrosis.

But even when talking about his family, Brown is famously known to be unable to leave political emphasis and repetition behind; once saying -- "I'm a father; that's what matters most. Nothing matters more."

Brown is a huge soccer fan and a life-long supporter of Raith Rovers soccer club -- a lower league side based near his childhood home. On the soccer pitch, just like in the houses of parliament, Brown's heart seems to lie with the underdog -- always putting substance over style.

British Prime Minister Tony Blair Thursday announced that he will step down after a decade in office, handing over power to a successor on June 27. (10.05.2007)

Tony Blair to Resign Within the Next Year

Tony Blair should resign sooner rather than later according to British polls and European public opinion, paving the way for his deputy, Gordon Brown to succeed as prime minister. (08.09.2006)

Tony Blair managed to lead his New Labour back to the helm of Britain, but analysts predict he won't serve a full third term. How would his departure affect British-EU relations? (18.05.2005)