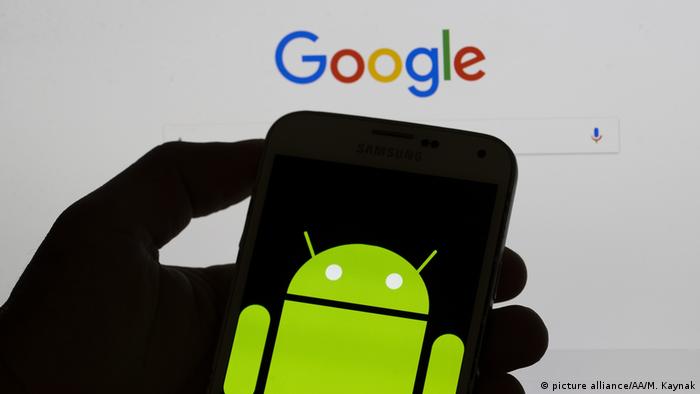 After a three-year investigation, the European Union on Wednesday imposed a €4.3 billion ($5 billion) fine on Google for breaching the bloc's competition rules with its Android operating system.

The company stands accused of abusing its dominant position in the market by making tie-ups with phone makers like South Korea's Samsung and China's Huawei, therefore blocking rivals and hindering competition. The company has been given 90 days to end this practice or face more fines.

The European Commission has long complained that Google requires manufacturers to pre-install its search engine and Google Chrome browser on phones and set Google Search as the default, as a condition of licensing some Google apps like Google Play.

According to European Union rules, Google could have been fined up to 10 percent of parent company Alphabet's annual revenue, which hit $110.9 billion in 2017.

The long-awaited decision comes as fears of a transatlantic trade war mount due to President Donald Trump's surprising decision to increase tariffs on European steel and aluminum imports and comes just one week before European Commission head Jean-Claude Juncker is due to travel to the US for sensitive talks on the tariffs dispute.

Vestager who is from Denmark, has been very outspoken and targeted a series of Silicon Valley giants like Apple and Amazon in her four years as the bloc's antitrust chief, winning praise in Europe but angering Washington.

Android is the world's most-used smartphone operating system and runs on about 80 percent of mobile devices worldwide. The open-source software is provided to manufacturers for free, while Google derives revenue from advertising displayed in its apps.

The case against Android is the most significant of three grievances launched by the EU against the search giant, which was already hit with a record-breaking 2.4-billion-euro fine last year for favoring its own shopping service in online search results.

This latest complaint was formally lodged in April and also accuses Google of preventing manufacturers from selling smartphones that run on rival operating systems based on the open-source Android code.

Brussels has repeatedly targeted Google over the past decade amid concerns about the Silicon Valley giant's dominance of internet searches across Europe, where it commands about 90 percent of the market.

Google says it will appeal the European Commission's decision, according to company spokesman Al Verney. "Android has created more choice for everyone, not less. A vibrant ecosystem, rapid innovation and lower prices are classic hallmarks of robust competition."

Google uses unclear language and deceptive designs that trick users into agreeing to give up their data, EU watchdogs have said. The tech company has two other pending antitrust suits in the EU.

Google Play is restricted in Russia as part of Western sanctions over the invasion of Ukraine. A domestic alternative is set to launch soon after a testing phase.