European Union antitrust regulators have fined Google for blocking rival advertisers. The third massive penalty in as many years amounts to 1.29 percent of the Alphabet-owned company's 2018 turnover. 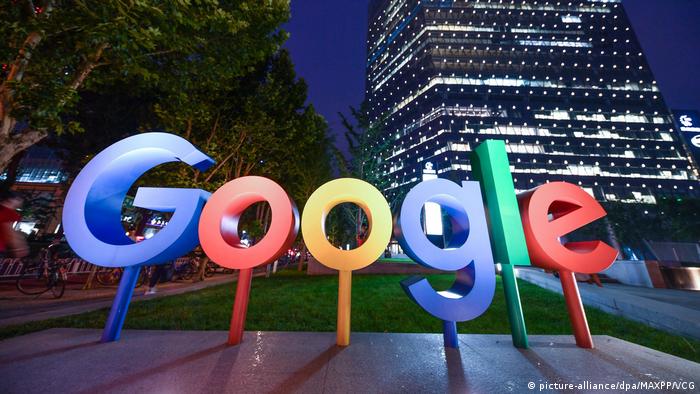 "Today's decision is about how Google abused its dominance to stop websites using brokers other than the AdSense platform," European Competition Commissioner Margrethe Vestager said.

The penalty comes after the powerful antitrust regulator handed down a record €4.34 billion fine to the Alphabet-owned company in 2018 for using its Android mobile operating system to block rivals. In 2017, it levied another massive fine for blocking other shopping comparison sites.

The new penalty is the result of an investigation into the Adsense advertising platform, triggered by Microsoft in 2010. Adsense serves up online commercials through a search function built into everyday websites, such as news sites.

Google fell afoul of antitrust rules by stopping online publishers from placing competitors' adverts on their search results pages, forcing them to reserve the most valuable space on their page for Adsense results and a requirement to ask for Google's permission before changing how rival ads are displayed.

"Google has cemented its dominance in online search adverts and shielded itself from competitive pressure by imposing anti-competitive contractual restrictions on third-party websites," Vestager said.

However, the Commission gave Google's actions since the previous two fines a cautious welcome, after the company tried to boost rivals and offer Android users a choice of browser and search apps.

Google said in a statement on Wednesday that it will be making further changes.

"We've always agreed that healthy, thriving markets are in everyone's interest," Google's Kent Walker said. "We've already made a wide range of changes to our products to address the Commission's concerns.

"Over the next few months, we'll be making further updates to give more visibility to rivals in Europe," he said.

Vestager also warned that her scrutiny of Google was not over as she was still looking into its actions in jobs and local search markets following complaints.

In recent months the European Union had been grappling with plans to introduce an EU-wide three percent tax on big internet companies but talks broke down last week.