Illegal mining, with serious environmental consequences, has replaced coca cultivation as the main source of income for the Colombian mafia. Millions have been thrown out of their homes as a result. 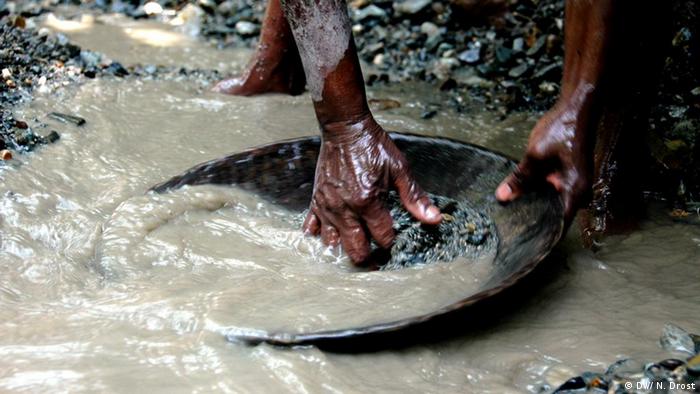 The Colombian drug mafia is looking for new business interests. In eight of the country's provinces, illegal mining has replaced coca farming as the main source of income for organized crime. Mines are proving lucrative - the worldwide financial crisis has kept the gold price high for years, which makes it well worth mining. 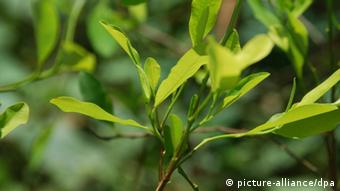 In addition, there's continually increasing demand for all kinds of valuable metals. The hunt for gold and other valuable minerals encourages investment in mining, much of which takes place beyond the reach of the taxman.

The mafia has invested heavily. According to the El Tiempo daily, referring to a study by the Spanish Toledo International Center for Peace, "The bribes required for the mayors' offices and companies have also been paid." The mafia has no hesitation in calling on legal exploration companies - the companies either provide their know-how voluntarily or they are threatened with violence if they don't.

Frank Pearl Gonzales, who was environment minister until he was appointed to the delegation negotiating with the left-wing FARC guerillas, confirms the Toledo Center's take on the situation.

"Illegal mining is the new drug trade," he said. "That's how both the left-wing guerilla groups and the right-wing paramilitaries finance their armed struggle."

'A curse for the land'

Frederic Masse of the Toledo Center is worried about the environmentally damaging conditions under which the illegal mining takes place. "This story can turn into a curse for the country, unless appropriate standards are maintained," he said.

Masse is one of a group of academics who have been spending the last few months interviewing people in the mining areas to gain an insight into the world of illegal mines.

One serious issue is that rivers and ground water are being polluted with banned chemicals. According to the Toledo study, the influence of the mafia has become so great that around 86 percent of the gold mined in Colombia comes from illegal sources that do not conform to environmental standards. 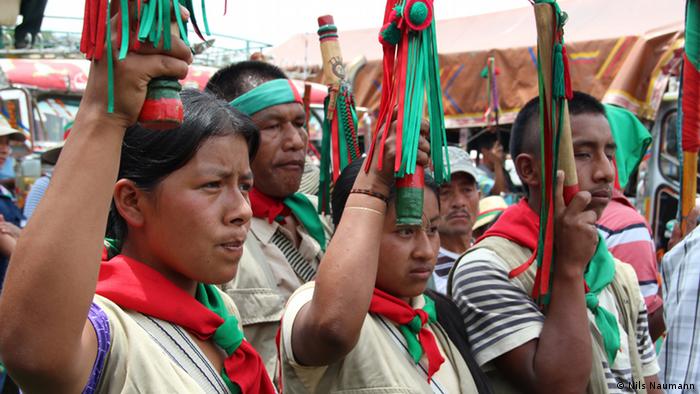 Indigenous people are the main victims of the new mining boom

Luis Evelis Andrade is spokesman for the National Organization of Indigenous People (ONIC), and he sees a connection between the expulsions, poverty and illegal mining: "Paradoxically, we experience that it's precisely in those regions that are richest in raw materials and natural resources that the situation is at its worst."

In the first eight months of this year alone, almost 9,000 indigenous people were expelled from their land - as a direct result of the mining in those regions, says Andrade.

The United Nations is worried about Colombia - a report by the UN High Commissioner for Refugees recently found that, "The illegal groups have an interest in gaining control of these areas." The criminal groups are the same ones that control the drug trade. 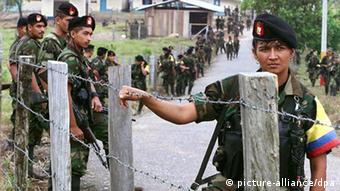 Among those behind the mafia is the FARC guerilla movement

As well as the left-wing FARC guerillas and the far-right paramilitary groups, ordinary criminal gangs are also behind the Colombian mafia. Between them, they have succeeded in gaining control of large areas of the country by means of large-scale expulsions. The areas that were once intended for the production of drugs are now going through a process of structural change and experiencing a mining boom.

Human rights organizations have estimated that four million people have been driven from their homes over the last few years. As a result, Colombia has become the South American country with the largest number of internally displaced people.

The Toledo Center also adds that more than 80 percent of the human rights abuses take place in areas affected by the illegal mining boom. Over 87 percent of those forced from their homes come from the eight provinces most affected. According to the Toledo Center, they had to leave so that nothing would stand in the way of the lucrative trade with illegally mined gold.

Civil war has gripped Colombia for decades. One of the flashpoints is the Cauca region in the south. The residents there are now peacefully confronting both the military and the guerrillas in towns like Toribio. (04.09.2012)

Private and institutional investors have long used gold as a safeguard against financial crises. Now, more and more central banks are buying the precious metal to hedge against the euro and dollar debt crises. (04.08.2011)

Cocaine in Europe: a battle against trafficking or consumption?

The Group of Eight major industrialized economies want to stop the cocaine industry dead in its tracks. But experts say they may be focusing too much on smuggling and not enough on drug use. (17.05.2011)