Going to the Lindau Nobel Laureate Meeting? It's time we talked network science

The potential for networking is huge at the Lindau Nobel Laureate Meeting. But will it change the science we do? Network expert Guido Caldarelli tells DW it is hard to get reliable data. 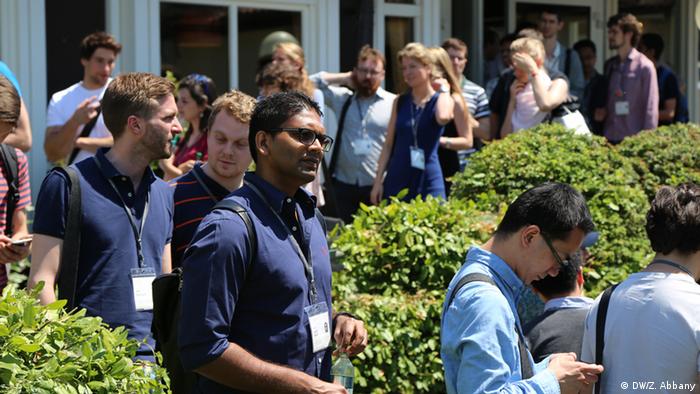 Is there a growing importance of networks through things like social media and this idea that we want to be more connected and networked?

If you want to see the success of networks in the area of scientific research and academic work, one way to measure that is to check the number of citations that papers on networks have received. And it's exploding. Tens of thousands of citations is a totally unprecedented phenomenon. So the idea is very pervasive, and I'm sure the same [is true] in social network analysis.

So when we think about gatherings of scientists, such as at the Lindau Nobel Laureate Meeting, what sort of assumptions can we make about connections and networks?

Some people have raised concern about the choice of participants at various scientific events. But definitely networks could be one way to assess whether there is any deviation from what you expect from normal behavior.

Lindau is open to young scientists from all backgrounds and countries around the world and they tend to only come once. But they are often selected from the same top institutes, and there are also Nobel Laureates who will recommend post-doc researchers they know. If the network gets too closed, could that influence the kind of research that is done generally, and the ideas that scientists come up with? 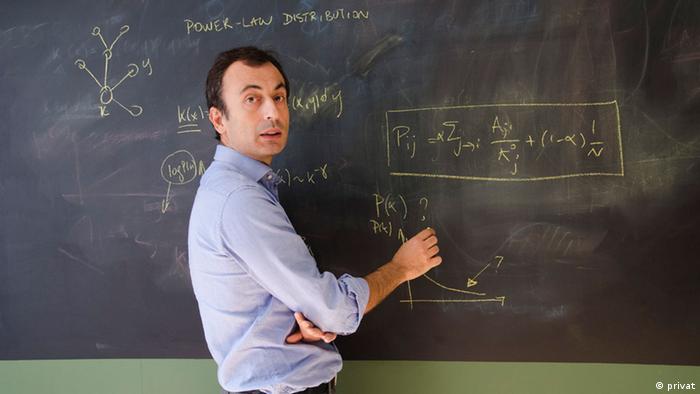 Guido Caldarelli: ideas are free to move in an open network

Now, this is not a measure of friendship, but it is a measure of some other kind of relationship that is more or less similar to friendships. So you have a proxy, and networks give you exactly that. A measure of the contacts between people.

The diffusion of ideas

I don't know how to assess the diffusion of ideas through this network. But generally speaking, the more a network is open, the more ideas are free to diffuse. The more closed the network is, the more it is isolated.

What about new connections? Say two young scientists meet at Lindau for the first time. They realize they've been working on similar experiments on two different continents, and they decide to work together in the future. At what point would that become a strong link?

This is quite difficult to measure. It depends on what we call "betweenness." Imagine you are going to measure how much one "edge," or connection, bridges two subgraphs. So you have one cluster on one side, and a second one, and both are separate. Then create a new link. So I bring a young scientist to the conference and another person brings another young scientist, and they meet for the first time. They create this connection - a connection between two clusters. And you can measure the bridging, the effectiveness of this connection, by measuring how many nodes are on the one side and how many are on the other side.

For example, take the internet. There is a network of computers in the US and a network of computers in Europe. And imagine one single cable connecting the two under the ocean. This one connection has a very limited degree, because there are only two vertices, one in Europe and one in the US. But it has immense betweenness, because it bridges two clusters. Every single email from the US to Europe passes through this one cable. And this is a way to measure the strength of a link.

So betweenness measures how much traffic passes between the two connection points, how much it bridges the two communities. And in the case of Lindau, you can measure the betweenness before and after the meeting. In some sense it's what you're looking for - it's not exact, but it gives you an indication of what's happening.

So what should we ask the young scientists at Lindau?

It depends on what information you're interested in. There are public data you can crawl. You can see what papers they have published and who the co-authors are, and this gives you a public view of their relationship. 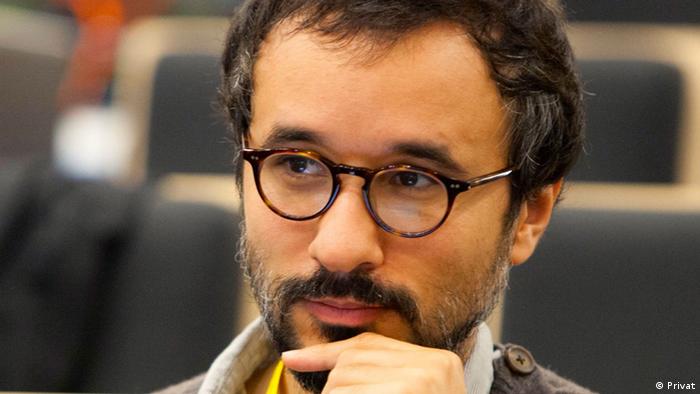 Michele Catanzaro: a networks expert and 2016 European science writer of the year

On a more personal level, you can ask who they know and how many emails they exchange, do they follow each other on Facebook? You can't be sure they will answer, and you can't be sure of the quality of the data, as some people are more precise than others. And the idea that a link exists can be very personal. Personal views can differ.

My co-author Michele Catanzaro is trying to assess proximity by using RFID (radio-frequency identification) chips. So you have these electronic ID badges, and when people meet during a coffee break, their proximity is measured and stored by the device, and so you could know how much time they've spent talking together. But it is quite invasive. If you're interested in virtual relationships, it could work, just be prepared that the data could appear to be in conflict when actually they are not. So if you ask Mark, "Do you know John?" and Mark says, "Yes, I went to his talk," and then you ask John, but he says he doesn't know Mark, the data appears to be in conflict. But they are both right and that's the shocking point.

Guido Caldarelli is a world expert in the field of network science. He is professor of theoretical physics at the Institute for Advanced Studies Lucca. In 2012, Caldarelli and Michele Catanzarro, a 2016 European Science Writer of the Year, published "Networks: A Very Short Introduction," which is available from Oxford University Press.

At Lindau? Then please join our survey