Godfather of terror: Saudi Arabia and 'IS'

The ideology of the terror organization the "Islamic State" is inspired by Wahhabism, the official religion of Saudi Arabia. But there are other links. 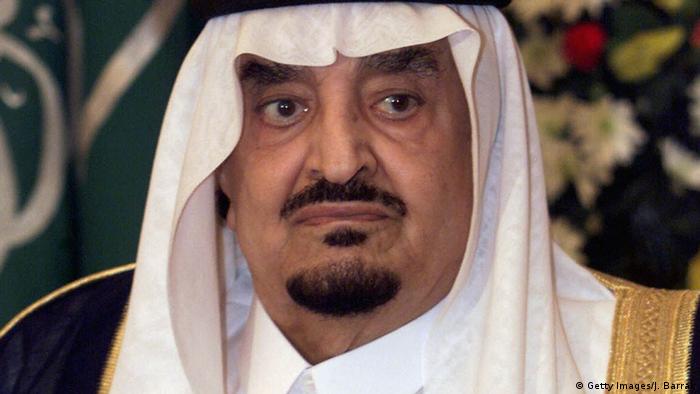 Hatred against those of a different faith. A bizarre world view that sees Islam threatened in many kinds of ways. Mistrust against everyone who doesn't think and believe like oneself: these are central ideological elements of the terror organization "Islamic State" (IS). It didn't invent this world view, at least not alone. When 'IS' agitates against Shiites, Yazidis, Christians and Jews, it shows close parallels to the world view of Wahhabism, the radical-conservative interpretation of Sunni Islam, which is the state religion of the Kingdom of Saudi Arabia.

In actual fact there are unmistakable parallels between IS and Wahhabism. This is seen clearly if one looks at the text books used by schoolchildren in the Saudi kingdom, up until a few years ago, and where they got their religious world view.

"Every other religion apart from Islam is false", they read in the introductory text book. Also in exercises which have to be solved by the schoolchildren. The following sentence has to be completed: "When those who live on the outside of the religion of Islam die, they go to..." According to the text book, the right word is "hell ". Another exercise reads: "Name examples of false religions, like Judaism, Christianity, Paganism."

'Faith is not just a word'

For the older school children the exercises were harder: They were instructed according to the kingdom tasks of a Muslim: "Faith is not just a word that a person speaks. Faith is made from language, conviction and action." The schoolchildren were also informed about what "real faith" means: "That you hate Polytheists and unbelievers, but you don't treat them unfairly." The question of what "unfairly" means is left open in the text book. Instead there are instructions in case Muslims meet non-Muslims: "It is forbidden for a Muslim to be a loyal friend of someone, who does not believe in Allah and the Prophets, or who fights the religion of Islam."

The stated examples came from Saudi school books in 2005. The think tank, Center for Religious Freedom - part of the American Freedom House Foundation - examined a dozen. In its study published in 2006, the analysis of Saudi school books came to a sober conclusion: Saudi Arabia "sowed in public religious instruction and other educational materials – like the collection of religious Fatwas – hostility toward the West." The think tank deliberately spoke of the Saudi state being responsible for these policies because the books were published by the state and the Imams on the editorial board received their salaries from the government. 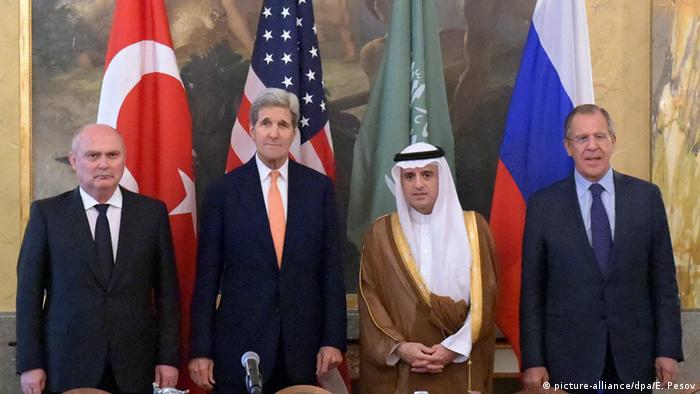 Freedom House also reported a similar result from a study conducted by Saudi Arabia itself. Presented in December 2003, it came to the following conclusion: The religious instruction of Saudi Arabia "encouraged violence against others and mislead the schoolchildren to believe that, in order to protect their religion, they had to oppress others with violence and even destroy them psychologically."

Saudi Arabia never reacted to the Freedom House report. However, the Saudi Foreign Minister Saud al-Faisal, in 2006, said that the whole educational system of the kingdom had to be reviewed. To what extent this actually happened is unclear. In the years 2012/2013 the US State Department carried out a further study of Saudi school text books. The results have still not been published.

Saudi Arabia exports its version of Sunni Islam with the utmost consequence. In the last 25 years a former US ambassador estimated in a published study in 2007 that the kingdom had invested at least 87 billion dollars in religious propaganda worldwide. This sum, he thinks, may even have increased further due to the high price of oil over an extended period. The funds went towards the construction of mosques, Madrassa Koran schools and religious institutions, and helped finance the training of Imams, publishing houses and Wahhabi text books.

A large part of the funds go to economically weak, but populous Islamic countries in south and southeast Asia, such as Pakistan, Indonesia, the Philippines, or Malaysia. Proselytizing for Wahhabism is also done in parts of Africa. For many people in these parts of the world it is the only possibility of getting a school education. There they learn how to read and write and are also given access to the Wahhabi teachings. But there are also Saudi Arabian financed institutions in the West.

The ideological closeness to "Islamic State" (IS) is reflected in concrete economic aid. It's hard to say how money is channeled to IS: The funds are transferred in the so-called Hawala System, an informal transfer system, where the money is not transferred in official bank notes, but via trusted third parties. Also here it's not clear, how far the Saudi state supports the IS directly or indirectly.

US Vice President Joe Biden grabbed headlines in the Fall of 2014 when he criticized the decisions of America's allies in the war on IS – Biden named Turkey, Saudi Arabia and the United Arab Emirates – for their not intentional but negligent support for IS: "They were so determined to overthrow Assad and to lead a Sunni-Shiite war – what did they do? They pumped hundreds of millions of dollars and thousands of tons of weapons to anyone who wanted to fight Assad. But they also supplied people from al-Nusra and al-Qaeda and extremist elements of the Jihadists from all parts of the world," Biden said.

'Terrorists are the worst enemies of Islam'

In the meantime, Saudi Arabia has distanced itself from IS terror. In August 2014, the grand mufti of the kingdom declared with direct reference to Al-Qaeda and IS that extremist, radical and terroristic ideas had nothing to do with Islam." And their initiators are the greatest enemy of Islam."

Saudi Arabia, writes the French Islam scientist Pierre-Jean Luizard in his book "Le piège Daech" ("The IS Trap"), today calls phenomena terrorist, which only a few years or months ago were veiwed as reliable upholders of Wahhabism. "It appears now that the Saudi regime has cut in record time, ties which had legitimized this political system; a system, which exported Wahhabi ideology on the one hand and yet showed great submission to American interests on the other. - a paradoxical political contrast, seldom practiced by any regime in the world."

An attack on the elite presidential guard in Tunisia has been claimed by the self-styled "Islamic State." The government vowed a security crackdown and declared a state of emergency. (25.11.2015)

Jan van Aken: Are humanity and democracy enough to combat 'IS'?

It's the "wet dream of terrorists to be called 'army of a foreign state,'" the foreign policy spokesman of the German Left Party says on DW's Conflict Zone. If military action isn't an option, how do you fight IS? (24.11.2015)

At their meeting in Turkey, G20 leaders have pledged to help dry up the financial sources of the "Islamic State." That's easier said than done, and terror attacks are cheap. Where does the money come from? (18.11.2015)