A renowned economist explains his visionary plan that he believes will raise underprivileged people around the world out of poverty quicker and better than classical foreign aid policies: new cities with new rules. 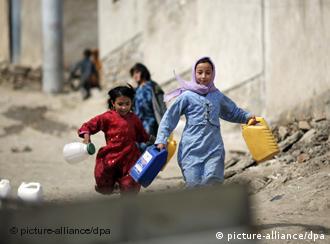 Paul Romer is an economist and a senior fellow at Stanford University's Institute for Economic Policy Research (SIEPR). He is one of the originators of the new growth theory and has been awarded the Horst Claus Recktenwald Prize in Economics. He was named one of the 25 most influential Americans by Time Magazine. He currently devotes all his time to his new project, "Charter Cities."

Deutsche Welle: You have developed a new concept which you believe can reduce global poverty and empower underprivileged people better than traditional development policies can. In a nutshell, what is your idea of the charter city?

You argue that a good system of rules as is found in most Western societies is the key to economic prosperity and that such a rules-based system is attractive for people everywhere and therefore can basically be transplanted anywhere. How do you respond to critics who say you underestimate cultural and historical factors, and that therefore charter cities may not be viable on a large scale?

We know that people want access to these kinds of rule systems. Seven hundred million people around the world have said in response to survey questions that they would like to move permanently to a different country. So people want this. If you start with uninhabited land and invite people in to live under a new system of rules those rules can very quickly take hold and thrive.

Another criticism of your idea of the charter city is that it is essentially colonialism revisited. No one is forced to move or live in your charter city, and everyone is free to leave again, but essentially Western countries are once again financing, setting up and running places where poor people can only come to sell their labor. How do you counter that criticism?

If you think about the question, picture someone from a very poor country, a family, a couple of young children, a father and a mother, and picture them moving to Munich or Zurich or Vancouver. We don't think of that as colonial; we think of that as something that gives them opportunities that they really want. And this proposal is no more than saying if we can't let hundreds of millions of people go to those cities, let's create some new cities that are run like those cities where large numbers of people could go.

As examples of possible charter cities you mention a Canadian charter project in Cuba, an Australian project with Indonesia or a project in India. But how could a charter city work in the countries that really need help the most, i.e. the poorest countries in the world like Eritrea or Somalia? 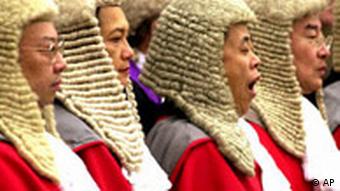 The example of Cuba and Canada is not so much a literal proposal as a way to picture how this could work. There happens to be a piece of land in Cuba where by treaty Cuba gave someone else the right to administer that land. Guantanamo Bay is actually administered by the United States. So countries like Somalia or Eritrea and other countries like that could sign treaties where relatively small pieces of land were assigned to other countries or perhaps a consortium of countries to set up new systems of rules there and create new cities in much the same way that the British created Hong Kong in a place where before they came no one lived.

For your concept to work, you need countries or private corporations to make large-scale investments. Those investors, of course, want to see a return on their investment. How do you intend to attract investors for such a venture with an all but certain outcome, and on the other hand, how do you make sure that the investors are not merely trying to make a quick profit?

This is why the rules are so important. Rules matter for families, because they want their children to be safe, they want to have a chance to get a job, they want rules that set up a good educational system. But the rules also matter for investors. A firm might come in and build a power system for a new city like this or build the infrastructure. Firms are quite willing to take market risks.

What firms do not want to undertake is political risk, the risk that some government will just expropriate their property or suddenly enact policies that destroy the value of their investments. So what the partner governments can do is make a credible commitment to rules that will remain in place for decades so that not only workers and families are attracted, but also investors and employers.

You've been promoting the concept of charter cities since last year and have received lots of praise but also criticism for your idea. Has any country so far signed up to your idea? Are there any concrete plans to develop the first charter city?

There are preliminary conversations with various governments. I tried this idea on possible participants in an arrangement like this and the reaction has been very positive. The most surprising thing I've learned is that the developing countries are very open to this idea. They have seen how special zones were very effective development strategies - in China in particular - and they have seen how fast growth can take place when you get policy right. China is now the new standard that countries are aspiring to and they are willing to try new things to get the kind of growth that they see in China.

[But] I think this would be an opportunity for governments that have not been as active on the world stage, including the government of Germany, to really establish a whole new way of interacting with the rest of the world as a partner that could be distinctive and very beneficial.

What role could Germany play in your concept of a charter city as a country with a comparatively brief colonial history?

One of the things that is interesting is that Germany has relatively good ties with some of its former colonies, like Namibia for example. So as opposed to other countries where there is lingering resentment and bad feeling, there's good feeling about the benefits that some of these countries receive from the German people. So I think this good will is an asset that you could put to work in the future.

How has the development community reacted to your proposal, since you believe that the charter city could benefit more people across the globe than classical development aid can? 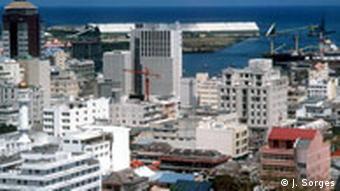 I think the right way to describe it is that the reactions have been somewhat polarized. On the one hand, there are many people who perceive the magnitude of the problem and the very slow pace of resolving that problem and who say your idea is very unusual and different, but it might be worth a try, because what we are doing right now isn't getting us where we want to go.

There are other people who are much more concerned, who say this is a very different approach, and it's too risky, and we shouldn't try this. But I think this gets the balance of the risks wrong. I think the biggest risk is that we persist with the conditions that we now have in many parts of the world, where there are hundreds of millions of people who are desperate to go someplace where they can put their energies to work and create a better future for their children. So I think there is very little risk in trying something different and we should be braver and we should have more imagination in solving this really pressing human problem.

China has been investing heavily in the African market and is keen to stress the benefits to local businesses. Is that involvement an opportunity or a risk to Africa’s development and is Europe being left behind? (21.12.2009)

You can find out more about Charter Cities here.