A few million years after the dinosuars went extinct a large, beefy, penguin rose to prominence in New Zealand. It wouldn't have been the kind of bird people could catch or kill — it could easily overpower a man. Scientists have published evidence of a prehistoric penguin, found in New Zealand, that was about as tall as the average man.

The paleontologists who discovered the fossilized remains dubbed it "Kumimanu biceae" which means "monster bird" in the Maori language.

Writing in the this week's edition of the scientific journal Nature Communications the paleontologists, including Gerald Mayr of Germany, said that the bird lived during the late Paleocene period — between 55 and 60 million years ago.

"It is remarkable that even these early forms reached such an enormous size," said Mayr, of the Senckenberg Research Institute in Frankfurt. 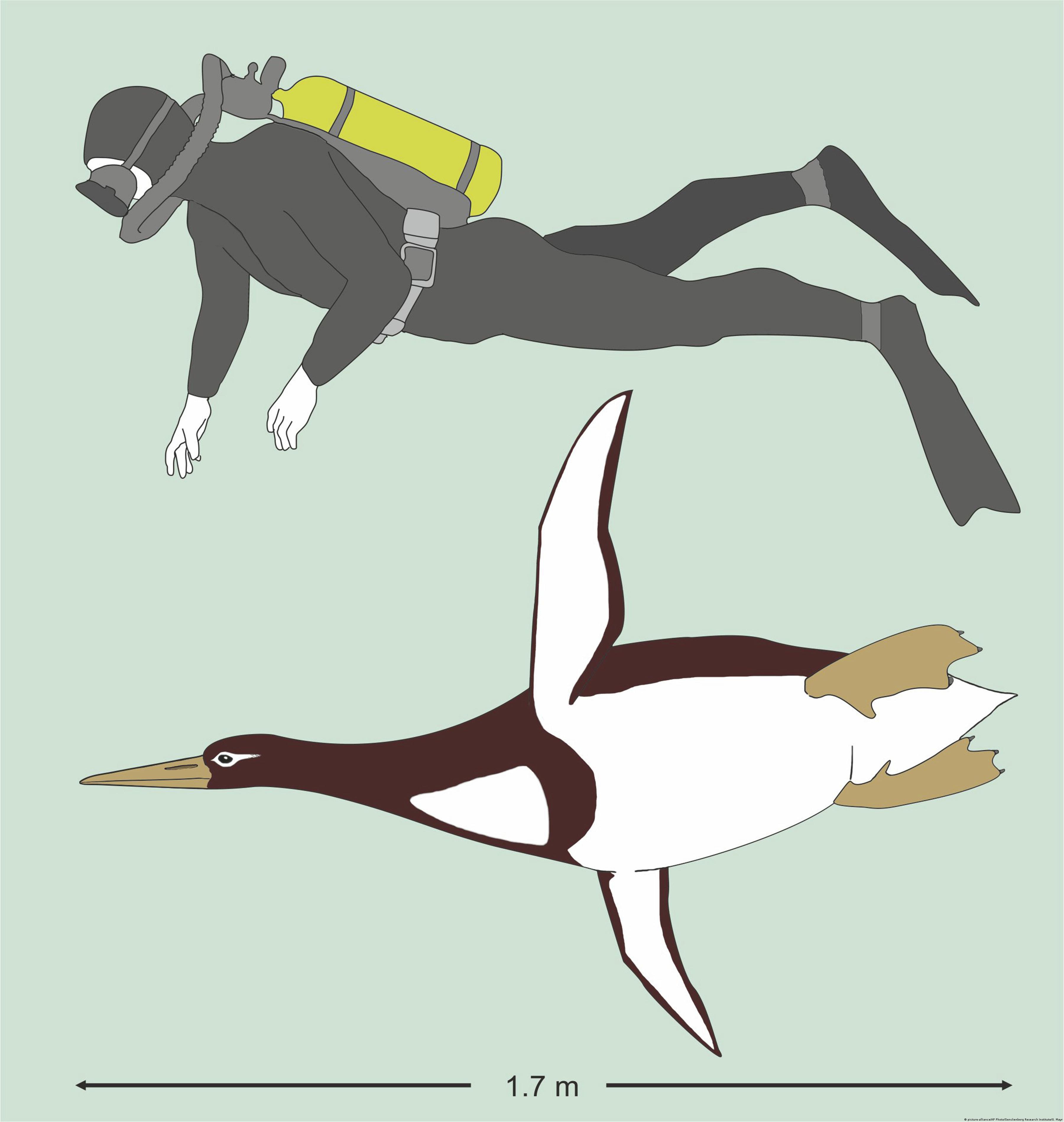 "We examined the wing and leg bones of this penguin and quickly realized that we had a previously unknown species," he said.

Mayr and his team discovered the fossil in the Otago region on New Zealand's South Island, which was once a mecca for giant birds.

The discovery shows that the penguins "got big very rapidly," according to Mayr. The mass extinction of 66 million years ago, which wiped out the dinosaurs, likely led to the rapid rise of this massive bird, according to experts.

Previously, a non-flying seabird would have been easy prey for predatory marine reptiles. But with the carnivorous animals gone an ability to fly became less critical, paving the way for penguins to appear — and grow rapidly.

Mayr and his fellow researchers suspect the giant penguins died out when large marine mammals reappeared. Only this time they weren't reptiles but mammals — like toothed whales and seals.

The former may have preyed on the penguins while the latter may have competed with the seabirds for breeding places and food.

The giant prehistoric bird dwarfs its present-day descendants. The Emperor Penguin is the largest penguin today. It is little more than 4 feet tall, and tips the scales at about 90 pounds.

Read more — Why is the Arctic melting faster than the Antarctic?

Alan Tennyson, vertebrate curator at the Museum of New Zealand Te Papa Tongarewa, and another researcher behind the study, marveled at their new discovery

"It would have been very impressive: as tall as many people, and a very solid, muscly animal built to withstand frequent deep dives to catch its prey," he said.

"It would not have been the kind of bird that someone could catch alive," Tennyson added. "It would have been considerably more powerful than a person."

Penguins are believed to have evolved from a flying ancestor perhaps resembling a cormorant, Mayr said.