As Ghana celebrates its 60th independence anniversary, the memory of its founding father Kwame Nkrumah is back in the public limelight. But his legacy in Ghana and across Africa leaves much to be desired. 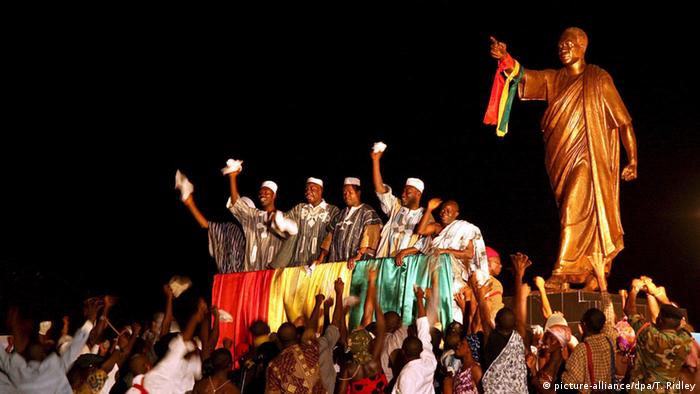 As Ghana celebrates the 60th anniversary of its independence on March 6, Kwame Nkrumah's name will stir varied thoughts and emotions across the nation of 27 million. "Today, Kwame Nkrumah is a name clouded in mystery and controversy,"  Atsu Aryee from the University of Ghana told DW.

That was different in the early days of his rule. When Ghana gained independence from Britain in 1957, Nkrumah was cheered on by masses of his supporters. "At long last, the battle has ended. Ghana, our beloved country is free forever," Nkrumah declared to chants of "Viva" from the crowd.

In the first years after independece, his government started an ambitious economic program aimed at industrializing the country which heavily depended on agriculture. The Volta River hydropower project is still a main electricity provider in Ghana. But many other projects have failed and the large state-owned enterprises he created amassed huge debts due to corruption and mismanagement.

Ghana's public also soon saw the other side of the firebrand politican who had so strongly advocated for freedom. Nkrumah's rule became increasingly authoritarian. In 1964, he turned Ghana into a one-party state and later declared himself president for life. Some 10,000 Ghanaians, many of them members of the countrie's elite, sought refuge abroad. With the economy in free fall, simmering anger at his rule was growing. His government was finally toppled by soldiers while he was on a trip to China in 1966. 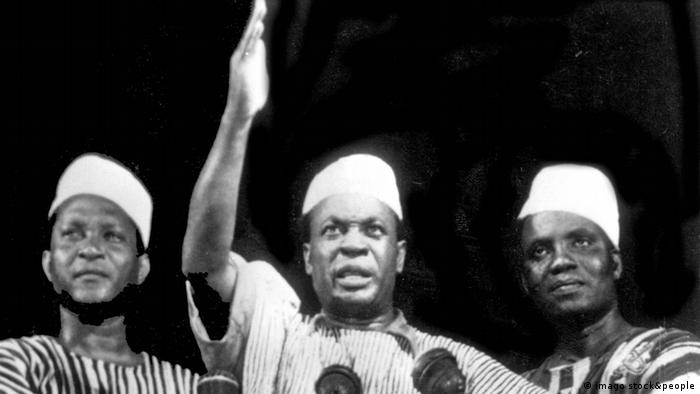 But experts say his politics also contributed to the fact that Ghana remains a largely stable country. It never disintegrated into civil strife like many of its neighbors, despite a series of military take-overs in the 1970s and 1980s. "His legacy is the nationalism and patrotism he brought in when he was in power," the University of Ghana's Atsu Aryee said.

"This sense of that we are all Ghanaians, that we have one country and that the country must be stable."

But it's a legacy that is waning. Scores of school children still line up to visit his mausoleum in the capital Accra. But only a few comprehend what Nkrumah was all about.

"Kwame Nkrumah is still an important name in Ghana, because he led Ghana to independence. But many young people do not really know what happened during his time as president and prime minister," Burkhardt Hellemann, head of the Ghana office of the Konrad Adenauer Foundation told DW. The Konrad Adenauer Foundation is a political foundation aligned to Germany's ruling CDU party.

"You can feel that his name still has some influence, but I don't see his political concepts shaping present-day political debates," Hellemann said. Nkrumah's political outfit, the Convention Peoples Party (CPP), which he established in 1949, now plays only a minor role in Ghana's political arena. 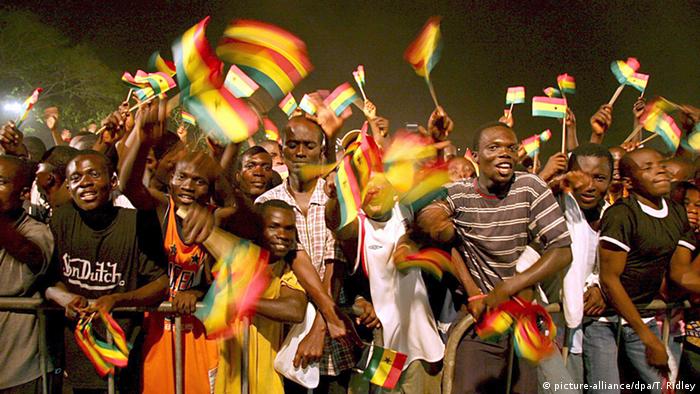 Popular in the continent

Kwame Nkrumah's name remains popular with many people in sub-Saharan Africa. In 2004, the "New African" magazine asked its readers to choose the greatest Africans of all times. Nkrumah came in second behind South Africa's former president and anti-apartheid icon Nelson Mandela.

Nkrumah was greatly influenced by the concept of pan-Africanism during his stay in the United States. He was one of the continent's most influential political leaders at his time.

"Today there is a new African in the world. This African is ready to fight his own battle and manage his own affairs," he told a jubilant crowd on independence day in the capital Accra.

He argued for a pan-African union as a strong force to counter Western influence. Nkrumah is one of the founding fathers of the Organisation of African Unity (OAU), the predecessor of the African Union.

"His concepts are still mentioned on the corridors of the African Union where they are advocating for greater continental unity," Nigerian historian Toyin Falola said. 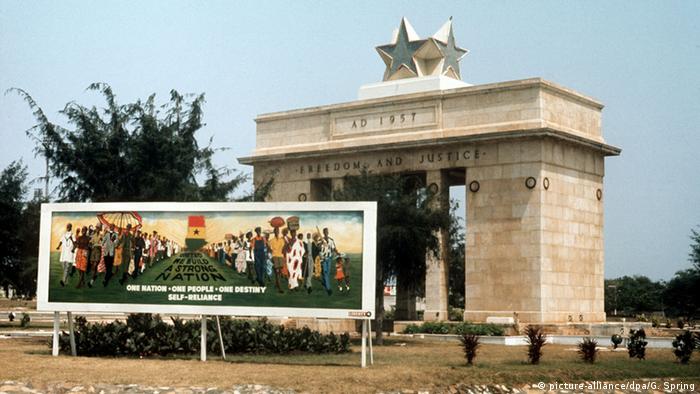 Some scholars and activists still promote Nkrumah's thesis, Falola, a professor of African Studies at the University of Texas, told DW. "But the debate is not as vibrant as it used to be."

Despite the African Union taking a stronger role on the continent, Nkrumah's concept of a "United States of Africa" is not anywhere on the horizon, Falola says.

"After Mbeki and Obasanjo left office, we do not have dynamic African leaders pushing this idea at the moment. Every country seems to be interested in its own affairs, consumed by its own politicis, worried about the decline of its economy, so the bigger idea of pan-Africanism is pushed under the table."

The African Union is turning 50. It was established as an organization to fight for African unity and initially fought against colonialism. Today it seeks African solutions for African problems. (24.05.2013)