Ghana's first president was ousted in a coup 50 years ago. Kwame Nkrumah wanted to turn his country into a modern industrialized economy and unify Africa. He fell short of his ambitions but is revered to this day. 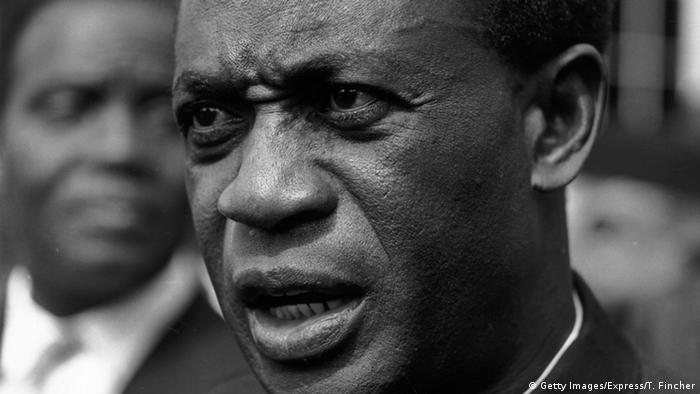 "Circle, Circle, Circle," calls a young man from a minibus at passersby. Four passengers climb hastily aboard and the vehicle rejoins the stream of traffic heading along the four-lane highway in the direction of Circle.

Circle is an abbreviation for Kwame Nkrumah Circle, the biggest roundabout in Ghana's capital Accra and named after Ghana's first president. Half a century has passed since he was ousted in a military coup, but he remains a popular figure in Ghana and beyond to this day.

Nkrumah was born the son of a goldsmith on 21 September, 1909 in what was then the Gold Coast, a British colony. He was sent to an elementary school run by a Catholic mission and later worked as a teacher himself.

Pursuing his dream of studying in the United States, this young man, of humble origins, crossed the Atlantic on a steamship as a stowaway. He lived and studied in the US for 10 years. 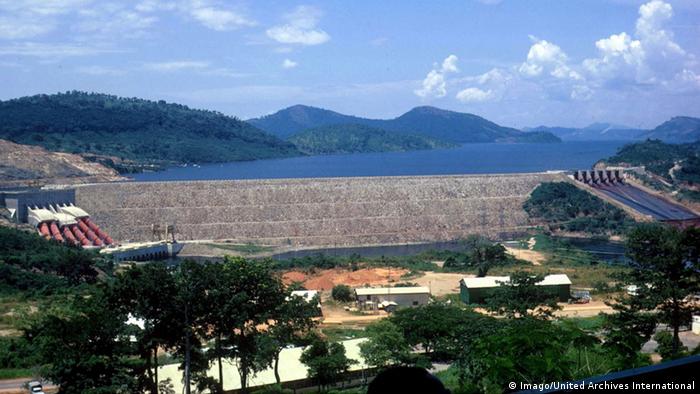 In the mid-1940s, he moved to Britain where he studied law. It was there that he became a passionate advocate of pan-Africanism, of a strong and unified Africa.

By 1947 he had returned to the Gold Coast, where he organized strikes and boycotts and formed the radical Convention People's Party (CPP) whose party slogan was "Independence Now."

Vision of a united Africa

In 1950, Nkrumah was arrested by the British and sent to prison. The CCP won the elections the following year by a commanding majority. Nkrumah was released from prison and asked to form a government.

He became prime minister in 1952 but ultimate authority over the country still rested with the British governor. This changed in 1957 when the Gold Coast made a peaceful transition to independence.

Ghana was declared a republic in 1960 and Nkrumah elected its first president. At the time, the country was the world's biggest exporter of cocoa but lacked plant and machinery for the industrial processing of its natural resources.

Nkrumah found numerous state-run companies, launched the construction of a huge dam for the generation of hydroelectric power, built schools and universities and backed liberation movements in African colonies that had yet to achieve independence. 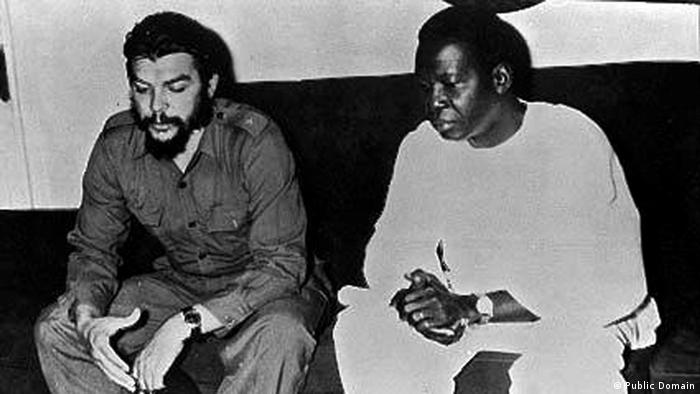 A meeting of Marxists: Kwame Nkrumah (right) with the guerrilla leader Che Guevara (left) in January 1965

Nkrumah, who described himself as a socialist and a Marxist, campaigned tirelessly for his vision of a united Africa with a single parliament. "Unlike many other African heads of state, Nkrumah's primary concern really was the good of the nation," German political scientist Christian Kohrs said.

Ghanaians, in particular the poor and underprivileged, revered Nkrumah as a messiah. They wrote hymns and prayers praising him. Politics was his life, he neither smoked, nor drank. Asked in an interview what he did in order to relax, he replied that he worked.

He married an Egyptian bank worker, who he had never seen before their wedding day. She spoke only Arabic and French, neither of which Krumah understood. They had three children.

Yet despite his popularity, Nkrumah was a lonely, suspicious and increasingly embittered man. In a letter written to his British secretary Erica Powell in 1965, he said: "I suffer from intense loneliness which makes me sometimes burst into tears. (...) Did I ever tell you that I married not for myself but for the presidency?"

His style of government turned increasingly authoritarian. In 1961, one year after independence, he introduced legislation which allowed the government to send people to prison for five years without trial.

Being disrespectful of the president became a criminal offence. Nkrumah controlled the media and his party's influence extended into almost all civil society organizations. Nkrumah turned Ghana into a one-party state in 1964.

The country's economic problems multiplied. Most of the 50 state-run companies were poorly managed and lost money. Many of Nkrumah's pet projects were huge buildings built to boost national prestige. They were hardly ever used. In Accra, he built a vast conference complex which was to be the seat of a future government of African unity. But in 1963, the newly-founded Organization of African Unity (OAU), precursor to the African Union, rejected Nkrumah's visions of pan-Africanism. The first AOU summit was held in Addis Abba, Ethiopia, not in Accra.

The price of cocoa on the commodities market dropped so steeply that Nkrumah was obliged to put up taxes. The cost of living spiraled upwards driving angry citizens out on the streets. There were strikes. "We had to queue up at the stadium to get our ration of sugar," recalls Mike Ocquaye, a Ghanaian professor of politics. "The factories that Nkrumah built didn't work. We were expected to run before we could walk," he said.

Political scientist Kohrs believes that Nkrumah's vision of transforming his country and the rest of Africa was eventually his undoing. "If you wish to modernize a country, you have to persuade the people to go along with you. That is something which he forgot. Nkrumah wanted to turn Ghana into a modern state, but he wanted to do it too quickly." 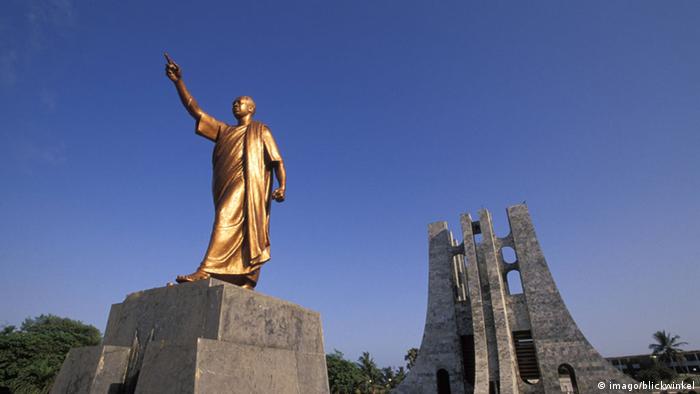 Ghanaians can now reassess Nkrumah's achievements in the light of what his successors accomplished, or failed to accomplish

On 24 February, 1966, Ghana's military staged a coup while Nkruma was on a state visit to China. The coup plotters had the backing of the United States. Jubilant crowds greeted the soldiers on the streets of Accra. Nkrumah was granted asylum in Guinea where he was appointed co-president. He died in the Romanian capital Bucharest while being treated for cancer in 1972.

There are statues of Nkrumah scattered across Ghana 50 years after the military coup that ousted him. A mausoleum was built for him in Accra and numerous streets bear his name. His face can be seen on stamps and banknotes.

"People had a number of years to sort of look back at the Nkrumah years and reassess what he did, but they are also looking that the achievements, or lack of achievements, of the various military and civilian governments that succeeded him," said Harourt Fuller, a US historian and author of a book on Nkrumah.

There is a statue of Nkrumah in front of the African Union's headquarters in Addis Ababa, belated recognition for a pioneer in the struggle for a united Africa.

Ghanaian workers have held street demonstrations against their government for increasing utility tariffs and fuel prices while refusing to increase salaries. Isaac Kaledzi reports from Accra. (20.01.2016)

Two Yemeni prisoners held at the US base in Cuba have been released and sent to the West African nation for resettlement. Ghanaians fear a security risk despite government reassurances. (07.01.2016)

After months of investigation, 20 Ghanaian judges found guilty of bribery have been sacked. But they are not being tried for their crimes. Now activists and lawmakers are calling for them to be prosecuted. (09.12.2015)