A grandfather explains the world to his grandchild. But Gert Hofmann's novel from 1990 is more than just a nostalgic cultural take. "The Film Explainer" also tries to unravel the German mentality. 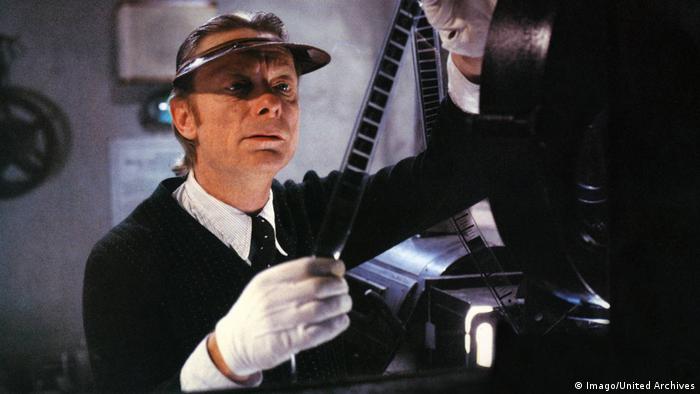 His grandfather apparently once said to his grandmother: "I truly cannot stand life anymore more without movies!"

In Gert Hofmann's novel, the tragedy for the grandfather was the end of silent films. He was a film storyteller, an occupation which had already become superfluous a few years before audio hit the movie screens, with the apparition of intertitles. A person standing at the front of the theater in dim light, pointing with a cane and explaining what was happening on the screen had become an anachronism at the end of the 1920s.

'The Film Explainer' by Gert Hofmann

It would have been more apt for the grandfather to have said that he could not stand life anymore without silent movies.

From the mouth of babes

The novel is set in the backcountry of Saxony, in Limbach, where the author himself was born. Gert Hofmann tells his story from the perspective of the grandson: naive, with the innocence of youth, and yet so contemplative, ironic and trenchant. Himself not quite 60 years old at the time, the author published his story in 1990.

It's a literary portrait of his own grandfather: "In memory of Karl Hofmann, 1873 - 1944, Film Explainer," says the book's dedication.

The grandfather is an oddball, a ladies' man and a grouch. He's an artist without talent — if one ignores the talent of believing oneself to be an artist. He's also a braggart, who is more interested in going out with Frau Fritsche than with his own wife, who scoffs about him: 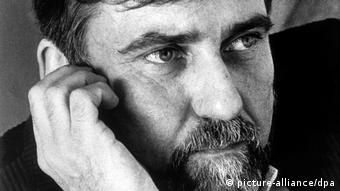 The Film Explainer offers a keen look at the period's changes in the entertainment industry. Despite Hofmann's protests, Herr Theilhaber, owner of the Apollo cinema, declares that they will start showing sound films:

"Herr Theilhaber shook his head. Film culture, he said, mopping his brow, is changing. Films are now going to be made in such a way that all this palaver about them will be superfluous. Including yours, Hofmann!" 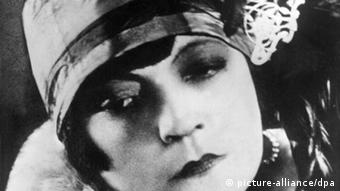 The reader accompanies grandfather and grandson into the decade during which the Nazis take control of Germany.

At first, the grandfather places his hopes in the new men in brown uniform, but he ends up being too ornery and stubborn for him to be an obedient partisan. So perhaps he's a real artist after all, if only a connoisseur in the art of living.

Gert Hofmann's novel is many things in one: It's a guided tour through the history of silent film, a novel about life in the country and a book about a turning point in German history. Above all, it's a warm-heated portrait of a difficult, but definitely likable character — one who has witnessed the creation of the world in his favorite space:

"Grandfather at 70 said: In the beginning was the light. The light was switched off.''

Gert Hofmann was born in Limbach, in the German state of Saxony, in 1931. He moved to West Germany in 1951, and began his career writing radio and theater plays. He also took on teaching positions at universities in Germany and abroad. He began publishing stories and novels at the end of the 1970s. Hofmann passed away in Munich in 1993. Director Bernhard Sinkel turned his book into a film in 1992/93, which included Otto Sander in its cast.