It's been 10 years since Germany dismissed the deutschmark in favor of the euro. But there's plenty of life left in the old currency yet. 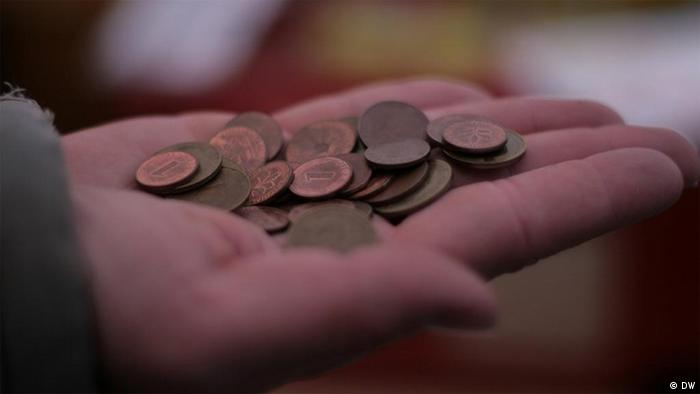 One deutschmark can still be exchanged for 0.511 euros

"You can also pay with deutschmarks!" These words, splashed across a flyer promoting an outdoor haberdashery stand in Berlin, appear dated given that Germany has been using the euro for 10 years now.

But the stand's owner, a portly man who trades under the unlikely name of "Willy Winzig" (Tiny Willy), insists that his dual currency pledge is not just a tired promotional gimmick.

"A lot of people still have deutschmarks lying around at home and don't know what to do with them," he says. To prove his point, Willy runs his sausage fingers through the piles of cloth, thread, and buttons he is selling until they re-emerge holding a small plastic bag filled with old coins. 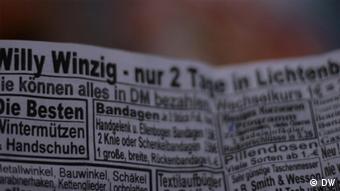 Although it's rare to see someone paying for goods in deutschmarks these days, Germany's obsolete currency still packs a hefty hidden punch when it comes to purchasing power.

Statistics from Germany's central bank, the Bundesbank, show that more than 13.3 billion deutschmarks are yet to be converted into euros. That amount – evenly split between coins and banknotes – represents 4.8 percent of all the German cash circulating in the year 2000.

With so many deutschmarks still unaccounted for, Willy Winzig isn't the only businessman looking to boost his cash flow by offering to accept old money. Major corporations are doing the same too.

All 48,000 of Deutsche Telekom's coin-operated payphones still accept the "zombie currency" without question.

Similarly, staff at the C&A chain of clothing stores are trained to use a special function on their cash registers to facilitate deutschmark transactions. The company says it accepts approximately 150,000 deutschmarks (just over 76,693 euros) from customers each month.

Billions of deutschmarks are yet to be converted into euros

Back in Berlin, haberdashery trader Willy Winzig tends to handle much smaller amounts.

His latest customer, a woman wearing a winter coat with faux fur trim, carefully selects some felt pads, iron-on patches and a pedometer worth a total of 11.25 euros. She then hands Winzig a handful of old tarnished coins.

"I found these in my daughter's old piggy bank," she says. "I had her permission, of course!"

The coins are worth 3.60 deutschmarks. Winzig accepts them at a rate of 2.1 per euro.

"That's a bit higher than the official rate (of 1.95583)," he says. "But remember, we have to drive to the Bundesbank and stand in line to exchange them."

The customer accepts his terms and is happy to see 1.70 euros knocked off her bill.

"It was good money, the deutschmark," she says as she walks away. "But I'm glad to be rid of those coins!"

A trip to the Berlin branch of the Bundesbank would have taken her at least 30 minutes.

Each day an average of 85 people line up in the marble-tiled hall of the Bundesbank in Berlin to convert their old currency into euros.

This morning's queue consists of an art student whose grandmother gave him a 50-mark note and a married couple, who collected old coins in a small sack until it was full.

Most of the money that turns up here is found during spring cleaning, behind couches or in the pockets of old coats that haven't been worn for decades. 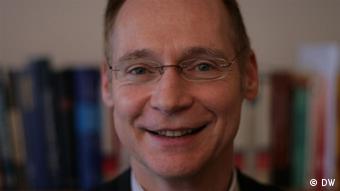 Sommer says the deutschmark was used heavily in the Balkans

There's no rush to find the old cash – at least in Germany. The Bundesbank has pledged to exchange unlimited amounts of deutschmarks into euros for an indefinite period.

Those numbers are set to fall further this year as several countries reach the end of their transition periods. Finland and Greece, for example, will stop exchanging markka and drachma banknotes respectively on March 1. France will turn its back on old franc notes at the end of June.

Germany's lack of such deadlines can be attributed partly to the large amounts of deutschmarks circulating beyond its national borders – particularly in the Balkans. The Bundesbank did not want to slam the door shut on foreign holders.

"But it's also because so many Germans had grown so fond of their deutschmark over the decades," says Albrecht Sommer from the Berlin branch of the Bundesbank.

While Germans' respect for the currency that fuelled the nation's post-war recovery remains strong - especially among older generations - Sommer admits that the deutschmark's days in the sun are well and truly over.

"All the cash we accept lands in the shredder."

On January 1, 2002, the euro single currency was introduced in 12 European countries. A decade later, views vary widely on whether the common currency has been a success or a failure. (02.01.2012)

Nobel laureates speak out on the Euro crisis

Three Nobel winners for economics speak out on the alliance between banks and governments, Germany's role in the Euro crisis and fiscal unity. (30.12.2011)

Euro banknotes replaced the money of 12 nations on New Year's Day, 2002, a symbolic milestone for the EU single market. Critics say the new, generic design of the notes was a cultural disaster. (30.12.2011)

Danish businesses and the euro

The Germans' relationship with the euro