The Ingeborg Bachmann prize, one of the most important in German literature, was awarded to German author Peter Wawerzinek on Sunday. 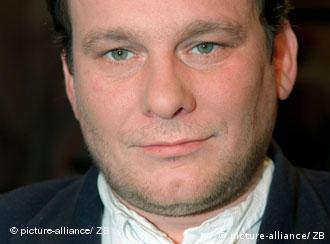 German author Peter Wawerzinek was awarded the Ingeborg Bachmann prize, one of the most important in German literature, at a ceremony in the southern Austrian town of Klagenfurt on Sunday.

The yearly prize is worth 25,000 euros ($30,900). It comes after several days of competition in which selected authors read from their unpublished works.

This time, Berlin-based author Peter Wawerzinek won the prestigious award for an excerpt from his autobiographical book "Rabenliebe."

The 55-year-old Wawerzinek was born in Rostock in former communist East Germany. The book deals with his childhood spent in an orphanage in East Germany after his parents fled to the West.

Wawerzinek's text was also the audience favorite, winning the most online votes for a 7,000-euro people's choice award.

The Ingeborg Bachmann prize is named in honor of the Austrian author, born in Klagenfurt in 1924, and has been awarded by that city since 1977.

Glancing in bookstores today makes it hard to believe that paperback books were once a novelty. But the "pocket book" publishing model celebrates its 60th anniversary this week in Germany. (17.06.2010)

The German book publishers' association has awarded Israeli author and peace activist David Grossman one of Europe's most prestigious prizes in the arts, along with a 25,000-euro endowment. (10.06.2010)