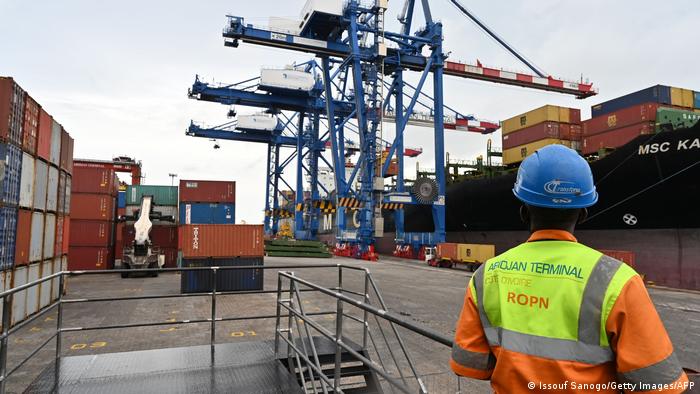 In recent years, German companies doing business on the African continent have expressed their delight at the supposedly record-breaking trade between Germany and Africa.

This year, though, it's a different story.

Due to the coronavirus pandemic, German imports from Africa fell sharply to 10.4 billion euro ($12.1) from January to July 2020, according to Germany's Federal Statistical Office. That's a decline of nearly 3.6 billion euro, or 26%, compared to the same period in 2019. 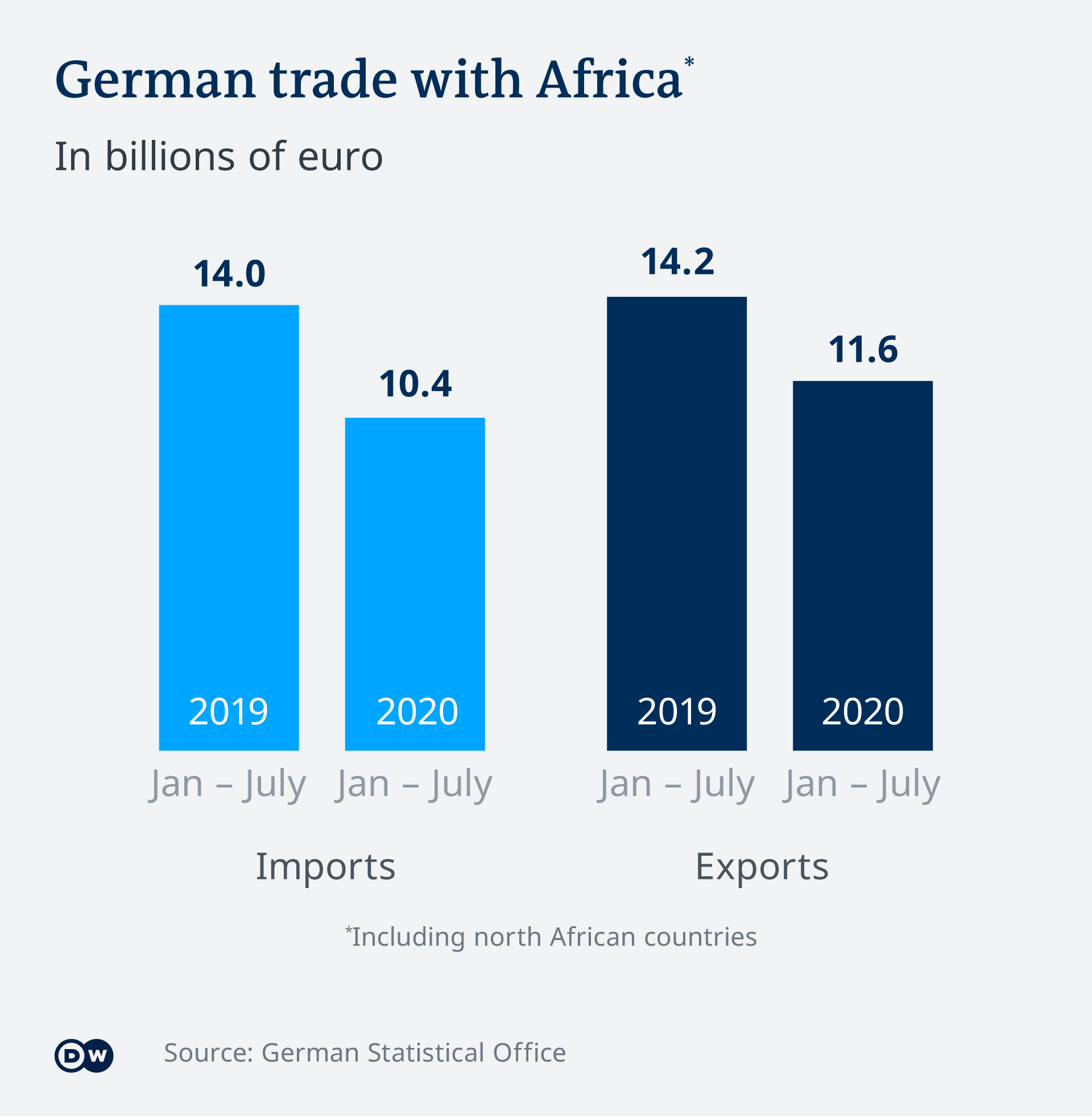 Exports aren't looking much better. They fell by around 2.6 billion euro, or 18%, to around 11.6 billion euro from January to July 2020 compared to the same period last year.

Worse than during the 2008 global financial crisis

This negative trend is expected to continue for the rest of 2020.

"Based on company surveys, we assume that German imports and exports [to and from Africa] will decline by up to 25%," said Heiko Schwiderowski, Africa specialist at the Association of German Chambers of Industry and Commerce, known by its German abbreviation DIHK.

"Even during the financial crisis a decade ago, we didn't have this kind of figures. These are major setbacks for many German companies doing business in Africa," Schwiderowski told DW.

As for DIHK members, they are skeptical about their business dealings with Africa. 82% of all German companies in Africa and the Middle East fear a drop in sales, a survey conducted earlier this year by the association found.

In addition, more than half of the German companies surveyed said they are planning to cut staff in South Africa and Nigeria, Germany's two top trading partners.

This is a major setback for a continent that needs to create 20 million new jobs a year in order to employ its young population, who will be moving into labor markets in the next decades. 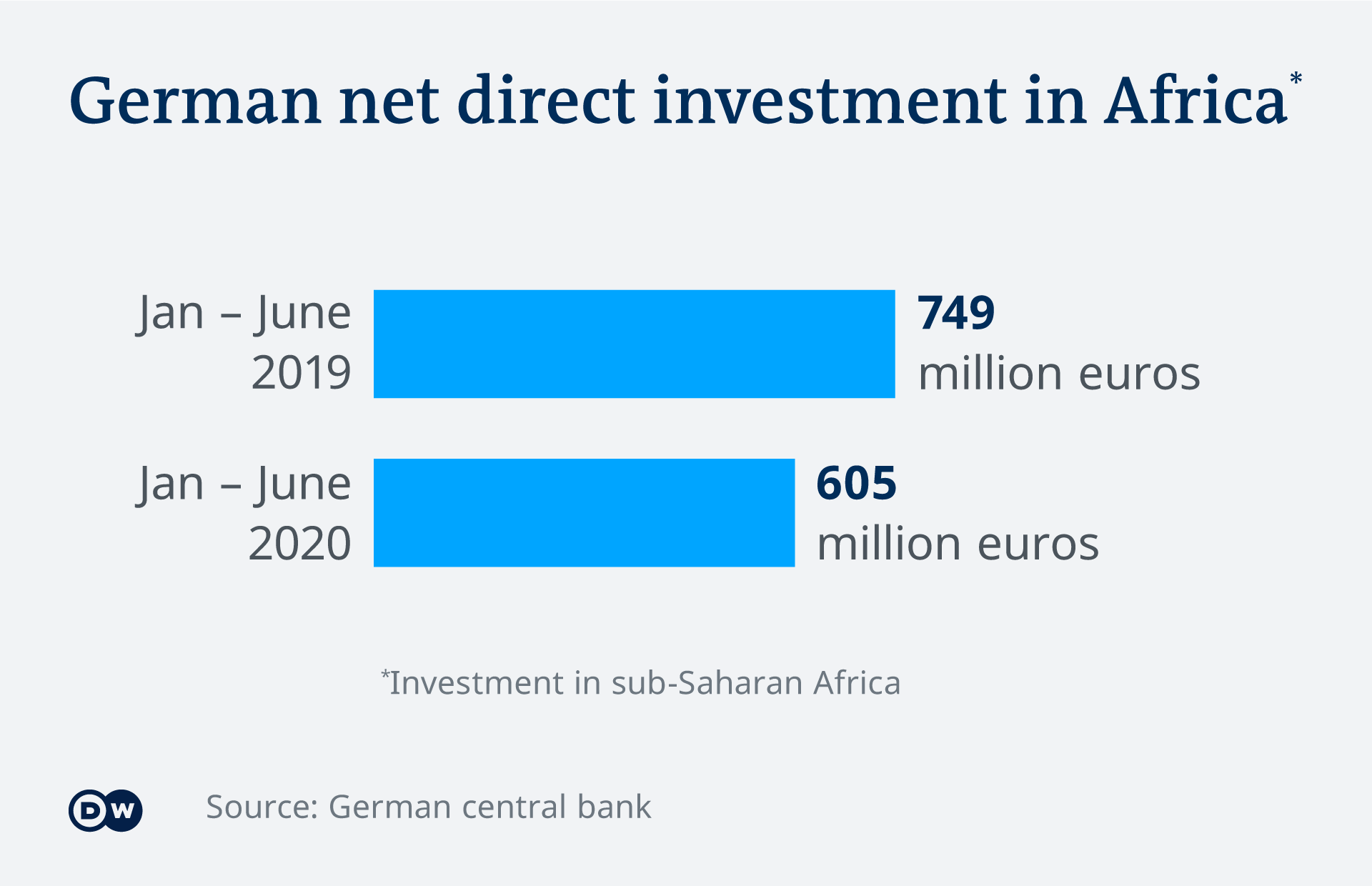 This outlook has changed owing to the coronavirus pandemic.

"It largely means the economic development projections we had in Kenya and across sub-Saharan Africa cannot be." Shikwati said. "Things are not moving. Transactions are not happening. Jobs are not getting created. And that is stagnation."

Before the pandemic hit, sub-Saharan Africa's economy was forecast to grow by around 3.9% in 2020.

Now, the COVID-19 outbreak has triggered the first recession the continent has seen in 25 years, with the region's economy forecast to contract between -2.1 and -5.1, according to the World Bank in Africa.

Unemployment and homelessness in Africa

As well as alarming governments on the continent, such forecasts are also worrying German policymakers.

The German government has been urging German companies to invest more in African countries for years. As well as ensuring important markets aren't completely lost to China, investment and trade are seen as a way of fighting hunger and poverty.

Europe also fears new waves of refugees from Africa if the continent's economy does not pick up soon, even if there are currently no signs of increased migration.

The German government is trying to help with several investment programs, some of which have been adapted to better target businesses needing support for their investments in Africa during the COVID-19 pandemic.

Heads of government and business leaders from Germany's African partner nations have already met twice with Chancellor Angela Merkel as part of an economic conference known as Compact with Africa.

The program DevelopPPP, run by Germany's development ministry, provides loans for companies investing in developing countries. The program's resources are now being focused on mitigating the consequences of the pandemic in developing and emerging countries, with more than 200 projects already being selected.

Usually, the program AfricaConnect, supported by the German investment and development agency (DEG), offers loans to European companies for activities in Africa. Now, under its COVID-19 response, the program is offering crisis liquidity financing.

More than 3,000 jobs have been secured in Africa under AfricaConnect, which is supporting ten projects, the program said in response to a DW inquiry.

South African economy shrinks by more than a half

'Drop in the ocean' for German companies

"From the point of view of German companies, this is more than the famed drop in the ocean. But, in the long run, it won't be enough to keep businesses going," he said.

Optimists, though, are seeing a cautious improvement in the economic situation. Some African countries have begun to relax coronavirus restrictions: borders are opening and some airlines could soon restore international flights.

"I think Africa will still offer opportunities to other economies seeking to kick start their economies. Africa is really a perfect place where this could happen," he said.

After all, he added, the continent has a huge need for investment in sectors such as energy, logistics and construction and these sectors will still exist when the current crisis is over.