A soldier suspected of planning a terrorist attack disguised as a refugee has been released due to insufficient evidence. The case of Franco A. has drawn attention to right-wing extremists among the German army's ranks. 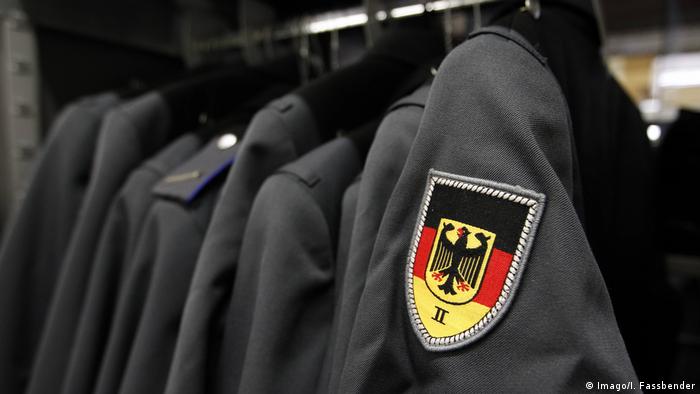 Germany's highest criminal court on Wednesday released Franco A., a lieutenant in the armed forces suspected of planning a terrorist attack, citing insufficient evidence to charge the military officer.

"The results so far of the investigation do not substantiate the strong suspicion that a serious act threatening the state was in preparation," argued the Karlsruhe-based Federal Court of Justice (Germany's highest criminal court in most instances) in its decision.

Federal prosecutors accused Franco A. of living a double life as an army officer with far-right extremist sentiments and a refugee receiving government benefits.

The 28-year-old allegedly took on the identity of a Syrian refugee, planning to commit terrorist attacks targeting public figures and blame the incidents on asylum seekers. He is suspected of stealing assault rifles from the German military and stashing weapons at an airport in Vienna, Austria.

The case of Franco A. drew widespread attention across Germany after information surfaced that he stored Nazi paraphernalia in his barracks, including an assault rifle case with a swastika carved into it.

Right-wing extremism in the Bundeswehr

Leaders of the German armed forces have come under increased pressure from the government to deal with members of far-right movements among its ranks.

Authorities have launched investigations into right-wing sentiment among soldiers, with prosecutors in the German city of Tübingen investigating allegations of right-wing extremist behavior among Germany's Special Force Commando, the nation's elite military troops.

According to Germany's military Counterintelligence Service, about 200 Bundeswehr soldiers have been classified as right-wing extremists since 2008.

German lawmakers have called for stringent measures to combat case of extremism in the Bundeswehr, with Left Party domestic policy spokeswoman Ulla Jelpke saying "there can be no pardon for neo-Nazis."

"Armed right-wing extremists are ticking time-bombs," said Jelpke in September. "Even on reasonable suspicion, the persons concerned should no longer have access to weapons until the allegations have been clarified."