The German Constitutional Court has ruled that the two boards of public broadcaster ZDF have to reduce their share of politicians and other people connected to the state. The court has also demanded more transparency. 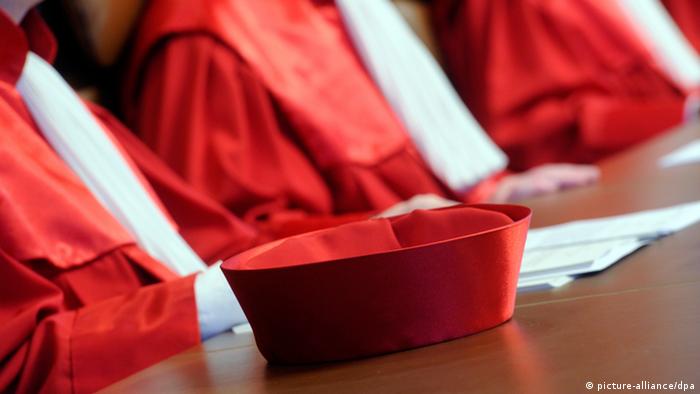 German public broadcaster ZDF has been ordered to reduce to one-third the number of directors involved in politics or state institutions in its two supervisory boards by the end of June 2015, Germany's highest court, the Constitutional Court in Karlsruhe ruled on Tuesday.

The judges emphasized the "dictate of being independent of the state" for all broadcasters and their supervisory boards.

The court's vice president, Ferdinand Kirchhof, cited Germany's Basic law, which guarantees freedom of the press and media. He said public broadcasters must not become "organs of the state." Instead they should aim to "mirror" society in a "varied" way.

At present, nearly half of the members of ZDF's board of directors as well as of the administrative council are politicians, largely from the two largest parties, the Christian Democratic Union (CDU) and the Social Democratic Union (SPD).

The court also called for a "minimum degree of transparency" with regards to the boards' activities.

The state of Rhineland-Palatinate and the city-state of Hamburg had launched a lawsuit after the administrative council, which was dominated by Christian Democrats at the time,decided not to renew the contract of ZDF's former editor-in-chief, Nikolaus Brender - against the wishes of ZDF's director general at the time, Markus Schächter.

Critics have also pointed out that decisions were often made not in scheduled meetings of the two boards, but, beforehand, in informal gatherings by the two main parties known as “circles of friends.”

The mandatory broadcasting fee for all households in Germany is to be lowered next year, to 17 euros 50 cents per month. The decision was made by regional state premiers, despite protests among staff. (13.03.2014)