For the first time in almost 30 years, Germany carried out a nationwide emergency warning day. But not everything went as planned. 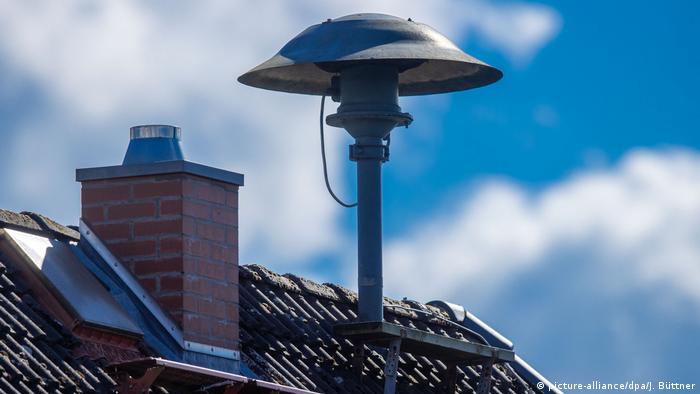 For those living in or visiting Germany on Thursday, things got loud this morning.

At 11 a.m. sharp (0900 GMT) Germany carried out a nationwide test of its civil alarm systems — with everything from sirens to push notifications on smartphones being tested. The test was slated to run for exactly 20 minutes.

It's the first test of its kind since Germany was reunified in 1991.

According to the Office for Protection and Disaster Aid (BBK), the national emergency warning day is intended to test out Germany's warning systems and prepare the public for what to do in the event of a national emergency.

"On the one hand, this is about conducting a technical test of the warning systems. The other is that we want to sensitize the population with the warning day. We want to give them an understanding of what such warning signals, such as the sirens, mean," said Christoph Unger, the head of the BBK.

While sirens wailed across many parts of Germany, the emergency test day saw a bumpy roll out in other areas — particularly with more modern technology.

It was the first time that nationwide emergency push notifications were due to be sent out — but many users reported either not receiving a notification at all or getting one after a delay.

"The nationwide MoWaS [Modular warning system] could only be received after a delay. The reason for this was an unscheduled simultaneous triggering of a large number of warning messages via MoWaS," the BBK wrote on Twitter.

The nationwide push, however, appeared to overload the system — prompting a wave of jokes, criticism, and confusion from social media users.

TV and radio broadcasts were supposed to be interrupted, but that was reportedly not the case on all wavelengths.

Air raid sirens sounded for one straight minute starting at 11 a.m., testing their tones full blast before varying the pitch of the tone.

There are around 15,000 sirens still in use across the country, down from 80,000 in 1993. Much of Germany's Cold War siren system has fallen into disrepair, with numerous sirens dismantled.

The Interior Ministry of Germany's most populous state, North Rhine-Westphalia, put out guidelines to inform the public about the different siren tones and what type of an alert they signal.

A siren that regularly changes its pitch with no breaks indicates a warning. A siren that doesn't change its pitch but has two regular breaks is an alert for the fire department. And finally, a singular tone that lasts for a minute signals the end of an emergency.

What are such tests for?

The tests are a way to prep the public for what to do and where to look in the event of a national emergency.

Such emergencies could include floods, earthquakes, fires and other natural disasters, as well as electricity outages, radioactive emissions and nuclear warnings.

Stephan Mayer, the parliamentary state secretary for the Interior Ministry, explained that many officials thought that the warning systems weren't needed any longer after the fall of the Berlin Wall.

"After reunification, we believed there was no need for sirens anymore," Mayer told the mass-circulation Bild newspaper.

Although the threat of nuclear bomb attacks was less acute, officials forgot to consider that natural disasters and other incidents can regularly occur.

In the future, the government plans on making the tests an annual event, designating September 10 as emergency alarm test day.