Jan Frodeno, a two-time world champion in the ironman triathlon, will not compete in this year's event. After winning the Ironman70.3 title last week, he had been one of the favorites to win in Hawaii. 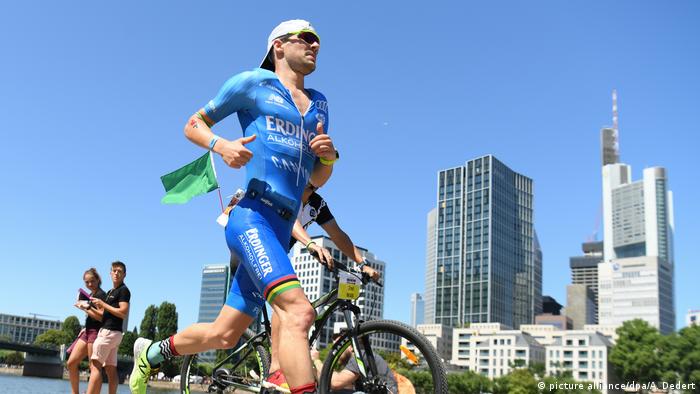 Two-time winner and top favorite Jan Frodeno on Wednesday announced will not compete in the ironman world championship in Hawaii next month.

Frodeno, 37, posted a picture of his MRI and an photograph of him on crutches on his Instagram account, where he said he had suffered a hairline fracture to one of his hips. His manager told German news agency DPA that it was unclear how he suffered the injury. 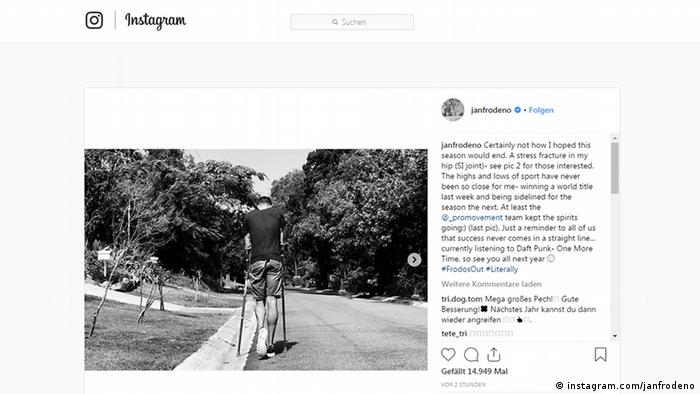 The Cologne native won the ironman world championship in 2015 and 2016. Last week, he picked up his second Ironman 70.3 world title, and he also won July's Ironman European Championship in Frankfurt in some style.

"Certainly not how I hoped this season would end," Frodeno said on Instagram. "The highs and lows of sport have never been so close for me — winning the world title last week and being sidelined for the season the next. Just a reminder to all of us that success never comes in a straight line."

The 40th Hawaii Ironman takes place on October 13. A German has won the world championship each of the last four years, with Sebastian Kienle taking the title in 2014 and Patrick Lange earning it last year. The ironman involves a 3.9-kilometer (2.4 mile) swim, a 180.2-kilometer cycle and a 42.2-kilometer run.

2015 was a year to remember for Jan Frodeno. Among other things, the German became the first triathlete, male or female, to win gold in both the Olympic triathlon and the Ironman World Championship. (29.12.2015)

Frodeno and Schwanitz win German 'Athlete of the Year'

Ironman champion Jan Frodeno and the world champion shot putter Christina Schwanitz have been named German athletes of the year at a Baden-Baden gala. Thousands of sports journalists took part in a vote to choose. (21.12.2015)